Faith opens the gates of Heaven. By Fabian Massa.

Faith is believing in God and His Word with the innocence of a child.

17 I tell you, whoever does not receive the kingdom of God like a little child will never enter it. Lk. NVI 18.17

At any time, the believers rely on the truth of the word, like children, without hesitation over and Incredibly though "Reality" show us otherwise. Look at this beautiful picture [1] of our planet, it was taken from space by NASA: 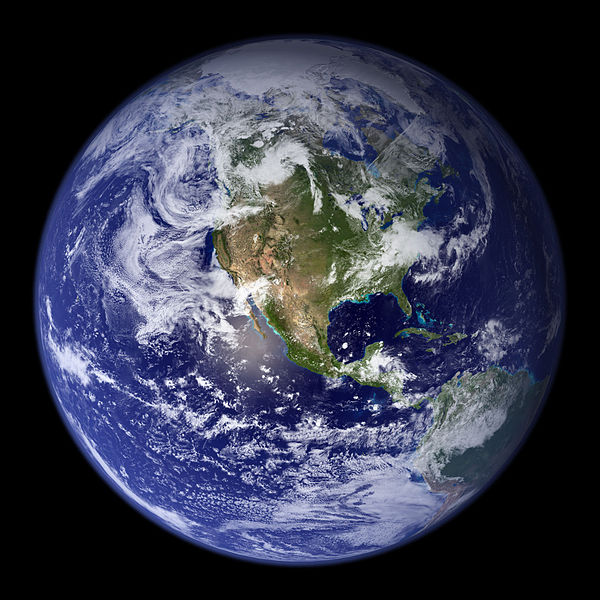 You can clearly see the North Pole and the Arctic Ocean, North and Central America surrounded by the Atlantic and Pacific oceans respectively.

What the Bible says about the geography of the newly created Earth?

9 And God said, Let the waters under the sky be gathered to one place, and let the dry land appear "And so it happened. 10 A God called the dry land "earth" and the gathered waters he called seas. " And God saw that it was good. Gen. 09.01 -10 NIV.
That sounds appealing: "And so", is one of the few times that the Lord does not speak in the present tense referring to Creation.


And for many years, it seemed that what was said in Gen 1:9 was a thing of gullible and "religious fanatics", but the astronomer and geophysicist Alfred Wegener (Berlin 1880 - Greenland 1930), to whom he was struck by the west coast of Africa seem to "fit" on the east coast of South America. From empirical observations developed the Continental Drift Theory.
This theory states that the continents move as "floating" over the sea of ​​magma that surrounds the planet's core. But it was only in 1960 where he could properly explain the phenomenon with the theory of plate tectonics.
According to this theory, the plates [2] are shifted relative to each other at a speed of 2.5 cm per year. Knowing this and the direction in which the continents, have been able to project "backward" all motion, like a movie pass back and forth. This has led to the image of the Panthalassa surrounded Pangea: 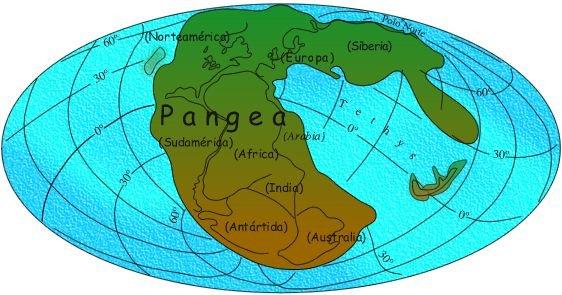 We can see that this fulfills the water: Panthalassa [3] in one place and the dry land in another: Pangea [4]. 200 million years ago, according to computer projections, the planet looked like this, as God commanded him in Gen 1:9, so the Lord says: "And so"

The Word of God is always true, from Genesis to Revelation.