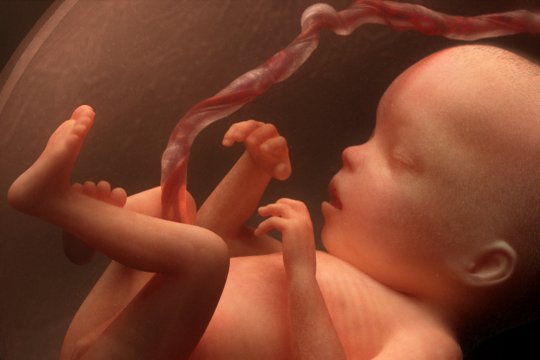 The passage that Nicodemus, a Pharisee and important member of the Sanhedrin (council of elders) went to visit Jesus at night because he wanted to talk to him and said:


-Rabbi, 'he said, know that you are a teacher come from God, for no one can do these signs that you do unless God is with him.

3-Really Unless one is born again he can not see the kingdom of God, 'said Jesus.

Nicodemus was a wealthy and influential citizen, after the death of Jesus, Joseph of Arimathea helped bring his body to a new tomb (unworn, belonging to the family of Joseph of Arimathea) and took one hundred pounds (about forty and five kilos) of ointment fine spices and aloes to cover the Master's body before wrapping in fine linen shroud (John 19.39). These ointments and linen shroud cost a significant sum of money. Jesus lived humbly, but was buried as a rich man, to fulfill prophecy (Isaiah 53.9).

Jn. 3.1 also says that Nicodemus was a Pharisee. The Pharisees were a religious sect ultraconservative: To the Jew, the Law (the Pentateuch) is the most sacred of the world, they argue that the law a man can find the direction you should walk in your daily life, meditating on it . However, there are issues that are addressed in the Act broadly, for example the command to cease work on the Sabbath. Over time, new generations retailer wanted to find an interpretation about what is "work" under the Act: Is work a knot? This seems a nonsense, for the scribes who were ultra religious was a matter of life and death: To fasten belts wore robes that were fixed with a knot. After meditating and discuss among themselves deeply set to tie the belt is not a sin. But do the same belt knot in a rope was sinful. What if a Pharisee needed by force majeure tying something? Used a legalistic ruse: Instead of doing it with a rope, it was with a belt, as tying knots in it was not violating the Sabbath. The Scribes interpreted the law and then tipped their findings in the Mishnah (Annotated Law), which eventually grew to nearly as much weight as the Torah itself. The Pharisees [1] were committed to living up to these complex systems of rules established by the Scribes. Today for an Orthodox Jew is a sin to do any of these things on the Sabbath:

I. Turn on or turn off the light switch

II. Press the button to call the elevator, or mark buttons floors is sin. However, if the elevator opens and closes its doors and on all floors automatically, using it is not a sin, so in Israel, on Saturday the building elevators left in automatic. Let us explore this case: For the religious it is a sin to use a machine on Saturday, because it involves violating the Sabbath. Touching the call button involves an expenditure of energy, therefore it is considered work and is violating the Sabbath. So what is the gadget to use a machine (work) and not sin? Elementary Watson: If the elevator "go solo" and the religious simply gets on the 5th floor and appears "miraculously" in PB, he argues that there was "nothing" is as if to say: "I did not go, go alone" .

III. Open or close a tap

IV. Open or close a door

V. Walking more than half a mile.

As complex traditional system of laws became much complicate life, they had to implement both "legal loopholes" to circumvent its own laws, as we say in Buenos Aires: Every law has a loophole.

Such was the obsession of the Pharisees with the tradition that reached almost to replace the Law The Pharisees were lost in the details, the minutiae, the explanations of the explanations of what hartamente already explained and could no longer distinguish the wisdom found locked in the Word of God, were lost in their own ways, as the prophet Isaiah:

This people praise me with your mouth
and honor me with their lips,
but their heart is far from me.
His worship is but a mandate
taught by men. Isaiah 29. NIV

Jesus says of them (among other things):

27 "Woe to you, teachers (scribes) of the law and Pharisees, hypocrites, because you are like whitewashed tombs. Outwardly appear beautiful, but within are full of dead men's bones and everything unclean. 28 So you also outwardly appear to people as righteous but on the inside are full of hypocrisy and wickedness. (View all Mt Chapter 23)

Jesus also told his disciples referring to religious hypocrites who is:

2 So when you give to the needy, do not announce it with trumpets, as the hypocrites do in the synagogues and in the streets, to be honored by men. NIV Matthew 6.2

5 When you pray, do not be like the hypocrites, for they love to pray standing in the synagogues and on the street corners for people to see. NIV Matthew 6.5 A

5 All they do for people to see: They use large phylacteries and tassels adorn their clothing with colorful, 6 die by the place of honor at banquets and the chief seats in the synagogues, 7 and because people greet in squares and called 'Rabbi. " Matthew 23.5 - 7 NIV

Understanding all this is necessary to:

a. Being able to make a "profile" of about a Pharisee like Nicodemus, and understand all the obstacles he had to overcome to dare to recognize Jesus as a true master and man of God.

b. To understand why Jesus said that if I wanted to see the Kingdom of God was necessary to stop all this religious system unusable (born again). Nicodemus was impressed by the miracles and signs of Jesus and for Jesus that was natural: live in the power of the Kingdom. Jesus wanted Nicodemus to understand that the greatest miracle was to enter the kingdom without signals.

c. The present power signals from God is the result of being in the Kingdom.

d. In order to enter the Kingdom, it was first necessary to see it, is to recognize the difference between religion and relationship with God.

To enter the Kingdom need to be free of religion:

I. No use Word but read many take the trouble to understand. Let's take Scripture seriously.

II. It is no use to understand the Word then not wear it for work. Be doers of the Word.

IV. No good fill of church activity if I have a time of fellowship with Him true Let's set aside some time for God.

V. It is no use if you do not really understand "I pray," I NEED TO PRAY!

VI. There is no point having ten cells responsible if I am a priest of my home.

VII. There is no point to attend all meetings if I have a personal quest for understanding.

VIII. It is no use if you do not understand a thousand things my call.

IX. It is no use to lead a group if I can not minister in the council of the Almighty or minister as each member's call.

X. It is no use to grow within a single human structure for all events listed in there, to appear in all photos and all the videos.

XI. No useless titles have in the church, and I sit in the front seats, and call me "Old Man" and put me to pray in front if I have a relationship with God.

XII. In short, no good having an appearance before the congregation or from the same pastor if I'm a stranger to God.

That is why Jesus said:

21 Not every one that saith unto me, 'Lord, Lord,' will enter the kingdom of heaven, but only he who does the will of my Father who is in heaven. 22 Many will say to Me in that day, 'Lord, Lord, did we not prophesy in your name, and in your name drive out demons and perform many miracles?' 23 Then I will tell you plainly, 'I never knew. Depart from me, ye that work iniquity. " Mt 7 NIV

Because at the end of the day, the only important thing is to enter the Kingdom and have a relationship with God. I pray for all to enter God gave me and none should perish.

[1] The Pharisees formed a religious sect - policy that behaved like a brotherhood. Their number never exceeded six thousand members and it was necessary to enter to be presented by two active members of the brotherhood. Comment from N. T. Barclay page 397