The sacrifice of Christ is not speaking. By Fabian Massa. 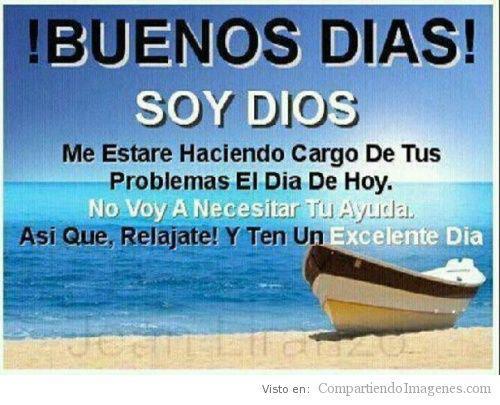 
A dear friend asked me why not predicated of the Cross, which unfortunately is true. And for lack of preaching something as important as the cross, many brothers do not understand the purpose or why the sacrifice of Christ. In social networking messages are presented as the photo on the left.


Own message of "prosperity gospel" that God used the "solution" to our problems without us having to do anything, as it highlights what the same poster: "I will not need your help, relax and do nothing" . And worse, in less than 2 hours 2230 people said they liked it and also shared 347 on its website.
Statements "Powerful" of great pastors: "I declare this blessing in 2013 for your life, family, church, finances, a year of achievements and victories. This is your year!! ". The statement is not wrong, the issue is that geralmente. omitted that for that one must walk according to the will of God. So the vast majority that the pastor's statement it is all done, we will all served as the "Anointed" let go and do not have to change anything, we improve anything ...

But the Word of God says that things will go well when we implement His will, then their blessings will come upon us (Deut. 28.1) Now twiter hardly see messages indicating that to get access to the promises you regret your bad way to live, think, speak or proceeding.

All this is because it preaches the Cross and repentance, or that Christ died for us, that we may enter the Kingdom.

He preaches to the people that God wants to help with their problems, which is true, but it is bypassing the salvation that comes by repentance (ie change of address) doing that focus on solving their difficulties.

We have turned to God in a Service Delivery that is required to solve all my issues.
The truth is that Christ has already helped us on the Cross. Christ already gave everything to us, He died for us to have fellowship with the Father and we can go directly to the throne of grace. And once there, we can pray and take the Kingdom what we need.

Christ paid for us to be free from sin and from the snares of this world.

Christ died for us to enter the Kingdom, not only to the church.

One of the comments I had my friend to your question "what about the Cross?" Was: "Who are you sending to the cross now?" Perhaps we should explain that brother is now no need to crucify anyone because:

4 Therefore, through baptism we were buried with him into death in order that, just as Christ was raised by the power of the Father, we too may live a new life.5 For if we have been united with him in his death, we will certainly also be united with him in his resurrection. 6 We know that our old self was crucified with him so that the body of sin might be done, so that they no longer be slaves to sin-7 because anyone who has died has been freed from sin.8 Now if we died with Christ, we believe that we shall also live with him. 9 For we know that Christ, having been raised from the dead, he can not die again; death no longer has mastery over him. 10 As he died, he died to sin once and for ever in their lives, he lives to God. 11 In the same way, count yourselves dead to sin but alive to God in Christ Jesus. Ro. 6.4 - 10 NIV

It's back to the old way, to set aside the finding fame and popularity, to stop trying to be the "Church Máis Grande do Mundo". It's back to the preaching of Christ, so that instead of "gather people" get together redeemed by Christ.