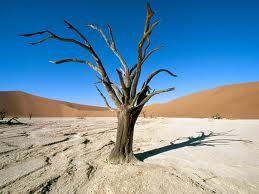 The purpose of this note is to show the body of Christ a way, the old path to remove the 6.16 Jr. "spiritual stagnation" to the Church and allow us to achieve the fullness that God has in store for all together and each in particular, for the purpose that it was given before the foundation of the world: that the Church has the power of God to bring many to salvation.

What the Church big

Every pastor his congregation big to be filled with the Holy Spirit, as the early Church and congregations all yearn to live in the power of God.


The Scripture says that even "The creation waits in eager expectation the revelation of the sons of God, because he was subjected to frustration." (Rom. 8.19).


And while we may see in our churches the love and mercy of God working in the hearts of people, and the wonderful work of the Holy Spirit restoring families, even the Sons of God we are not showing up in the Power of the Spirit so such that impactemos in creation, even in our society, which would be the long awaited "Revival". The manifestations of the power of God in some servants are very punctual and sporadic. The church today is puny power and many of its members have the same problems as those in the World: Hopelessness, scarcity, poverty, disease, trauma and limitations.

Churches largest and richest produce large events, with spectacular scenery, super screens, with Christian musicians and bands internationally. Evangelism campaigns are designed with the best marketing tools. All professionally mounted a festival which will be broadcast live and recorded Internet to be exhibited all over the world. This is all very well and good that all churches would have this flow of wealth to do evangelism at this level.


But what matters are the results: Once people enter the Church, we can see that for many years (sometimes in eternum) remain within a "ritual evangelical" without real change, this in part because so gral. not predicated of "repentance" or "salvation" but preferably the gospel "of prosperity."


No impact on society. There is talk of taking "Earth" but the Church does not have any power to influence the political decision-making, the rulers consult witches, witches and psychics, that is any less to the shepherds.


Another example, the classic type mega campaigns Miracle Healing Week, attended by 100,000 people and are seen by thousands more. But only half a dozen are collected testimonies and this for the grace and mercy of God.


Why so poor as a result? While economic power is, and obviously the Mega Churches have large populations, it is clear that there is a void of spiritual power, and although crowded, many of the members share the same problems that people outside the Church. It is the paradox of "The World impacting the Church", the exact opposite of "Let them become you and not you to them" (Jer. 15:19). Because there is no power, then it is in one's own efforts, trying to beat the world at its own game and with their own weapons.

The smaller churches do evangelism campaigns and their results are also generally lean, so they stop being so hard "small":


· In the best case: The congregations grow in membership, (which is needed in order to work), but not in power, because here too often occurs that people that enters and remains unchanged.


· In the worst case: Despite the evangelism, the population grows.

Usually churches small look at larger and its results and may think: "If they could not with so many means that we will."
We see then that both large (with economic power and wealth of their HR) and smoll church (with their economic problems and very few HR) actually suffer from the same problem: the lack of power of God to impact society .

Conclusion 1
We are used to "measure" the size of the Church by the membership (which undoubtedly affects their economic and operational) the same way we usually evaluate the growth of a group or supervision by the amount of people. But the real power is that which comes from Heaven, is what allows demolish impregnable fortresses. It is to give two examples, the power with which God said to Jeremiah during the 25 years of his ministry and could not kill him (although they wanted to). The power that Elijah said, when he faced only the 450 prophets of Baal.

When a Mega Church manages to fill a football stadium in an event (where 95% of the attendees are already Christians), a set of international Rock fills six times and there is still people out. Christ announced his sermons, not sing or dance (the apostles less) but had the power, just to give an example, to feed 15,000 people with five rolls and two fish (Luke 9.13).


This Power of Heaven comes when the Church (big or small) walks in the practice of holiness and the search of the Holy Spirit. An example of this is The Upper Room Church: they were only 120, poor, persecuted, having lost his master. But apart from the world were, in obedience to God's Word, and in harmony and God breathed His Spirit upon them and they were all "filled". (Acts 2) An important detail of this story is that "everyone was unanimous" all on the same frequency: all prayed, all were kept, all clamoring and as a result they were all filled with the power of God.


This struggle for the people transiting through the road and had Moses in the wilderness, remember that the people in Exodus 20.19 Moses pleads with him to speak with God and then tell them you said. Although in principle God was giving the Ten Commandments at all, they would not hear any more, but their leader delegated this work.
This attitude can be seen even in our churches, where people insist that the pastor talk to God, but now in the NT all have direct access to the Father through Jesus.

So the issue is not the size of the Church but in the level of communion with the workers. When the heads of the ministries and pastoral team have fellowship with God, sooner or later have a visitation of the Holy Spirit, who will fill the power for every good work.


So not to lose heart, because God says:

Conclusion 4
In the Bible, the "visitation of God's Power" in the revival of the worship of God after a "drought" spiritual explosive was always the result of the activity of the Holy Spirit in the Old Testament mostly operate through a prophet exhorting the people and in the New Testament by the Church. But it is necessary that the Church seeks the power of the Spirit in the first place, besides the useful tools of marketing, communication or artistic level. The church as the congregation grows truly has the knowledge of God and the fullness of the Holy Spirit Power: Then God himself who will add to calls to be saved. We need to move in the Spirit's power to achieve them supernatural. Acts 2:47
God says that our victory will come from him, which has provided the weapons with which we fight, which are not like the world but have divine power to demolish strongholds. These weapons (prayer based on the prophetic Word) and spiritual strategies (spiritual designs) are what destroy arguments and every pretension that sets itself up against the knowledge of God. 2nd Corinthians 10.4 and 5


It is necessary that the Church as the body becomes in search of God, in order to impact society.