The Kingdom of God among us. By Fabian Massa.

"The kingdom of heaven has come near to you" was the phrase that Jesus often began sermons or teachings. Today for us is clear that "Kingdom" actually had Jesus within him, that where He was manifested as supernatural. 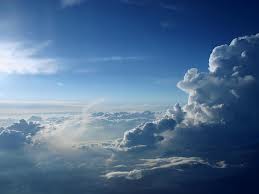 Today Jesus' miracles many people give you the feeling as "before". Some believe that happened in biblical times and never, while others are simply "Christian fable"The "Kingdom of Heaven" is the supernatural, the strength, the power of God to change situations which naturally can not be changed. And this power rests in Jesus' Name [1], which literally means "I Am Salvation"At this point, I thought to present one of the many miracles of Jesus as a woman with blood flow [2], an impressive healing miracle, the raising of Lazarus [3] or food, with only a few loaves and fish, of 5,000 men [4], a figure that could rise to 15,000 if you count the women and children.
I was going around trying to choose a miracle - unable to decide on which - when I called a brother and friend of the Church. After the greetings and the usual questions about health, family and work, this brother - I'll call Carlos - tells me a tremendous testimony.Carlos has a store selling clothes, and a Tuesday afternoon, a young man enters the room and begins to ask for some clothes. At one point the employees of the business (a seller and a seller, both Christians) get to see in the clothing of the "customer" a revolver. The saleswoman said a "Jesus" with all his soul and then something awful happened: The assailant, seeing discovered wanted to take his gun, but he froze, started shaking and a few moments to mourn as she said: "I do not understand what happens, I came to steal but I can not grab the gun "Carlos employees comforted him and he preached the gospel and this young man repented, accepted Jesus into his heart and prayed with those who initially wanted to harm.Finally I chose to tell what happened in the business of Carlos, so you know that miracles are a thing of the past, but still valid today because Jesus is the same yesterday, today and forever.

Jesus said: If you can believe, you believe everything is possible [5].