The sons of Cain. 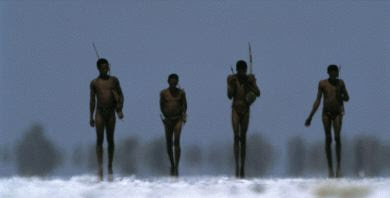 Chapter four of the book of Genesis, verse specifically 4.1 to 16, is one of the most exciting Bible readings, it tells the story of the birth of Cain and Abel and how they reached their youth each developed an economic activity:

As a matter of jealousy, Cain kills Gen. Abel 4.8 [3]. God judges Cain and exiled to the land of Nod (The Land of Wandering). The story tells that the woman acquires Cain inhospitable territory and from this union was born a son called Enoch. So Cain establishes his dynasty.

This brief portion of Scripture raises some of the most difficult issues of the Bible:

a. The biblical account of Genesis II suggests that the Earth was populated only by Adam and Eve. In Gen.4.1 Eve gives birth to Cain and then Abel. According to the traditional interpretation these were the only inhabitants. Had it been so, Where did Cain get wife?

b. Cain and his wife have a son called Enoch. Then Cain built a city that gives the name of his firstborn. This fact is striking: A city for only three people? No doubt there must be many more people!

The text:
17 Cain joined his wife, and she conceived and bore Enoch. Cain had been building a city, which he put on the name of his son Enoch. 18 And Enoch had a son named Irad, who was the father of Mejuyael. This, in turn, was the father of Methuselah, and Methuselah was the father of Lamech. 19 Lamech had two wives. One of them was called Ada, and the other Zillah. 20 Adah gave birth to Jabal, who in turn was the ancestor of those who live in tents and raise livestock. 21 Jabal had a brother named Jubal, who was the ancestor of all who play the harp and flute. 22 For its part, Zillah bore Tubal Cain, who was a blacksmith and maker of all kinds of tools out of bronze and iron. Gen. 4.17 - 22 NIV.

· In verse 22 says something very interesting: 22 "For its part, Zillah bore Tubal Cain, who was a blacksmith and maker of all kinds of tools out of bronze and iron." Gen. 4.22. Here sharps Scripture names that may refer to tools and weapons. A city is also a protection against the wild animals or any other threat.

They "built" the city, means that the ruled. It could be understood as the beginning of a dynasty Cainite.
a. According to the study done in "From Eden to the Nations", prediluvianas societies (Cainites then Setites) who populated the Middle East were very well organized, and with a developed economy. The biblical account suggests that societies were ruled by kings.

b. 20 Adah gave birth to Jabal, who in turn was the ancestor of those who live in tents and raise livestock. Gen. 20.04 Jabal expert man left important lessons for nomadic livestock.

c. 21 Jabal had a brother named Jubal, who was the ancestor of all who play the harp and flute. Gen. 4.21. Jubal luthier [4] musician and teacher (parent) for other artists early.

d. 22 For its part, Zillah bore Tubal Cain, who was a blacksmith and maker of all kinds of tools out of bronze and iron. Gen. 4.22. Tuval - Cain: Expert in copper and iron tools. This quote is very important to iron. Historically the use of it is relatively new, according to the Iron Age encyclopedic occurs in the twelfth century. C. (1200 BC) depending on the region studied. Copper was one of the first metals to be used by humans in the prehistoric period called Chalcolithic [5], initially using it in its natural state, native copper, as they know the mechanisms by which they could melt the ore . In these early days it molded by hammering techniques and / or cold smoothie. When man began using copper smelting process, various alloys began experimenting with other minerals, the most successful being the one made with tin, which led to the bronze. From 5000 B.C. in Ugarit [6] (Syria, in the region known as Levant [7]) and since 4500 in Palestine and Byblos [8] (Lebanon) began to be manufactured small amounts of metal objects in the case of Byblos were not only copper but also gold and silver. Gold is found naturally in pure form, as nuggets. The silver is generally change in lead alloy or copper. The gold and silver with copper to form the group 11 metals, which have the characteristic of being malleable and melt at a temperature close [9] to 1000 ° C, (the same as is required for ceramics) by what art in copper, gold, silver and ceramic development occur in the same period (in the Neolithic period [10].) surprising science again, putting the first pieces of copper to the 9500 Middle East BC this date would be consistent with all given so far for both the domestication of animals and crops seen discussed in this paper (which according to science also are from the Middle East).

Cain's dynasty ends abruptly. The cause, give it a next installment.

[4] A luthier, luthier, luthier, or guitar player Luther is a person who builds, adjustment or repair stringed instrument. In Argentina, the term is sometimes used, by extension, the entire musical instrument maker.
[5] Chalcolithic (gr. χαλκός, jalkós = copper gr. Λίθος, lithos = stone) or Eneolithic (lat. aeneus = copper gr. Λίθος, lithos = stone).
[6] Ugarit (modern Ras Shamra) was an ancient port city, located on the Mediterranean coast in northern Syria a few kilometers from the modern city of Latakia, in the Asian region known as Levante.
[7] The Levant is the term that historically refers to a large area of ​​the Middle East south of the Taurus Mountains, bounded by the Mediterranean Sea to the west, the Arabian Desert and Mesopotamia south east.
[8] Byblos is a city of Lebanon, located on the north coast, 30 km from Beirut. Situated on a hill, was an ancient Phoenician city, named Gubla in cuneiform texts and Gebal in the Bible.
[9] The silver melts at 900 ° C. Gold to between 900 and 990 ° C depending on the purity. http://www.raulybarra.com/notijoya/archivosnotijoya8/8fundicion_joyeria_temperaturas.htm
[10] The Neolithic (new stone age) according to science, this period occurred in the Near East to 8500 BC