The dispersion of Eden to the World I. By Fabian Massa 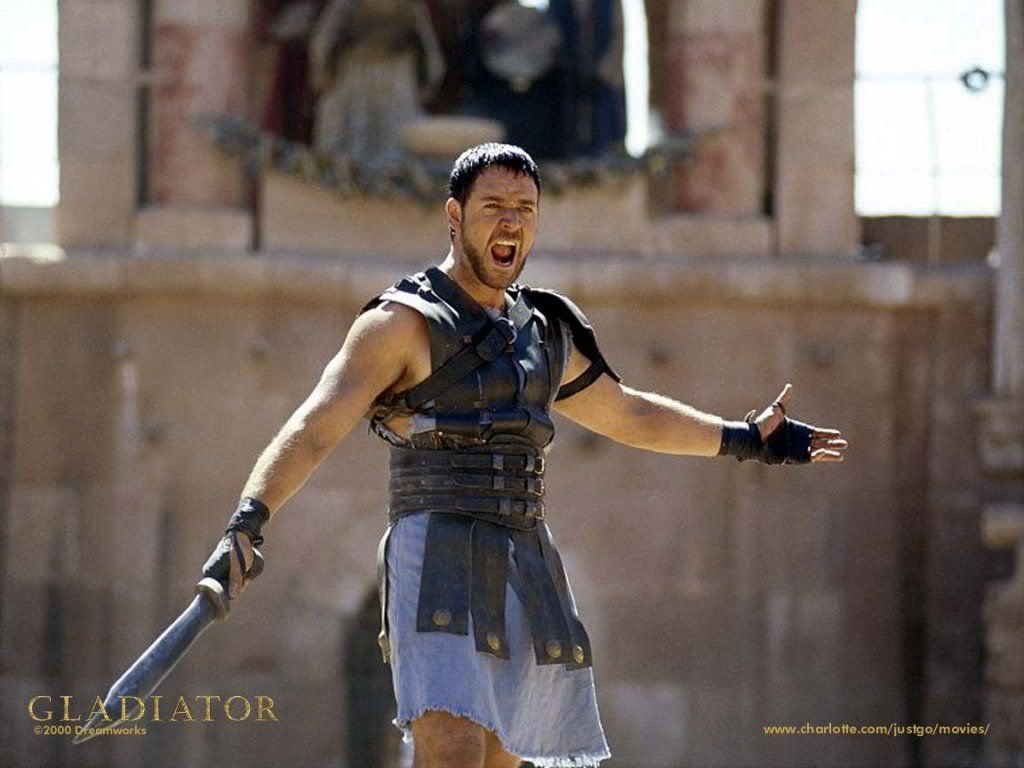 A brief reflection on the spread from the Middle East to the World, De Pablos Adrián and Fabian Massa.

In Genesis 10.32 Scripture says that the nations were scattered on the earth after the Flood, and within the scope of Genesis, "the whole earth" is the Middle East. But the phrase has a literal reading and aims to spread globally, but for this you need to take a look over a much longer time.

Normally, all the maps that are included in the Bible concerning the nations of Gen. 10 include:

The issue is that the dispersion actually went beyond Bible nations to cover the entire planet:

32 .... Of these were the nations divided in the earth after the flood.

9 ... scattered them from there over the face of the whole earth.

Following in the trail of the sons of Noah

Until now, to follow the "tracks" the tribes of Japheth or Shem, what scholars do is follow the names of the tribes or geographical names of regions or cities, usually derived from the name of the founder patriarch.

Sem In case this is easy for two reasons:

Because Semite peoples jealously guard their genealogy records. What we see in the Jewish people, where the genealogies are part of the Bible. Just to give an example, Luke 3 gives the genealogy of Jesus to God the Father Man [1].

Semitic tribes came not from the Middle East.

Moreover, Japheth, according to prophecy locked in her name, was truly exalted. His descendants were great colonizers and explorers that spread around the Mediterranean and in northern Europe, and eastwards to Persia and the Indus Valley in a fairly early date. But traditionally the only contemplates settling in Asia Minor and along the immediate coastline of the Mediterranean. The name has been preserved Japheth in both branches of the Aryan family, which split very early into two main divisions and settled in Europe and India. The Greeks, for example, trace their genealogy to Iapetus, the Greek name means nothing, if you in Hebrew means Greek. At the same time, the Indian branch of the Aryan family is also patriarch Japheth.

The descendants of Ham [2]

But to go further, the issue is more complicated and the problem is that the names disappeared completely, except in ancient documents that have survived to the present. The names of the sons of Ham were not preserved in modern times even in corrupted forms.

The sons of Ham were Cush, Mizraim, Put and Canaan, but none of them holds a name you can recognize. Cush subsequently became identified with Ethiopia, Mizraim in Egypt, Libya and Canaan Fut with Palestine, but the old names were completely out of use.

Moreover, many names come to prominence because not long had many descendants, as in the case of Japheth, but rather because of some great individual achievement, such as Nimrod, who was remembered for his skills as a hunter , and according to information given by the Bible, founder of the first cities - 1st United Babylonian kingdom, as we saw in Chapters XX and XXI.

Many of the cities mentioned as founded by the descendants of Ham were noteworthy stories. But most of them ceased to matter long before modern times. A notable exception is the city of Jerusalem, which of course, is not mentioned at all in this passage even under its old name of Jebus.

So, how do you ensure that the colored races (Negroid and Mongoloid) descended from Cam? The answer is: only remission.

For example, while there was a Cus Mesopotamia in or near the beginning, the most prominent settlement established by descendants of the patriarch was in Ethiopia. The Ethiopians have been generally regarded as true blacks, which is recognized indirectly in Scripture where the prophet asks: Can the Ethiopian change his skin? (Jeremiah 13:23).

Moreover, the people began to grow demographically and migrate in waves in all directions. Each wave displaced the former, which would cede territory and "make room" to the victor.

Just to give an example, the first settlers of the Indus Valley were beds, very dark-skinned people, as can be seen today with the "Caste" lowest in India. These were displaced by the invading "Aryans" white skin came to constitute the "upper castes" of the Indian subcontinent: the Brahmins and the Military. This policy Caste remains to this day, although officially banned in the mid-twentieth century.

According to anthropological studies, it appears that as in the case of the Indus Valley, in almost all continents Hamites anticipated in the Japhethite colonization. The proof of this is that the oldest human fossil remains in each continent correspond to Negroid or Mongoloid ethnic groups, and the latest Indo-European groups. This happened in the Indus Valley, happened in Central America, it happened with the aboriginal tribes of North America happened in Australia, and only the numerical superiority Africa has so far preserved the same fate, however a small number of men White has dominated and subjected to a multitude of black people, such as South Africa. The same is true of the British rule in India and the former Belgian Congo. The complexity of this issue far exceeds the claims of the present work. Our intention is only to open the picture, showing that these issues are related to the topic of the Flood and the dispersion.

This is another question that many of us do and there is a strong response.

We did not find accurate information on migration routes used by mankind to repopulate the Earth. If, instead of trade routes (which are much closer in the timeline) such as the "Silk Road", the "Opium Trail" and presumably before trade routes have served the ancient hunters to follow the migration of animals. There is general agreement that holds that humanity moved from Africa to the Middle East and from there branched out to make Europe, Asia, Oceania and America. Regarding the dating of the beginning of such migratory flows, scientists fail to agree.

From within the reach of science to study the human DNA, there have been many studies trying to follow the possible migration routes haplogroups based on [4] Mitochondrial DNA (mtDNA.) Y Chromosomal DNA haplogroups-Y (Y-DNA) human.

The mitochondrial haplogroups trace the matrilineal descent [5] (following the DNA of women) to the origin: An African woman from these groups which is considered as the most recent common female ancestor of all living humans, which is called mitochondrial Eve.

Chromosomal Haplogroups of Y, trace the descent of the Y chromosome, present to all men, to a common upstream all called by scientists-Y Chromosomal Adam.

Interestingly, according to a genetic study, specifically all humanity descended from "an Adam and an Eve generic" [6]. And we bring this map with the routes of human migrations across the planet, beyond the discrepancy with dates. Furthermore, the above routes on this map are consistent with other studies done on them, with the migratory routes of many animals and most of the trade routes (for merchant caravans) of antiquity.

These routes (land or sea) are ancestral, and assume that were first used by migratory flows, are the logical paths for traversing difficult terrain (steps between mountains or desert routes that are playing the "Oasis" ) or sea routes that bypass or make better use of current and former point to natural harbors, which eventually became populated port cities and commercial centers of antiquity.

Some of these same routes then served for the spread of Buddhism from India and Pakistan taking Nepal, crossing the Himalayas into China, a branch step from here to Korea and finally Japan, while the other branch is expanded by Burma, Vietnam and throughout Southeast Asia.

Each new "human wave" was pushing and displacing earlier. But then he began to relate and to mix. So now you can see around the world people with Negroid features [7], Mongoloid and Indo (plus their "blends").

It stands to reason that many of these same animals crossed overland routes to repopulate the planet, as the case of blue butterflies.

Vladimir Nabokov, curator [8] Lepidoptera collection [9] of the Museum of Comparative Zoology at Harvard University, in 1945, formulated his hypothesis [10] on the evolution of the butterflies he studied, a group called Polyommatus blue.

He suggested that had flown to the New World from Asia in waves of migration over millions of years. In the last ten years a team of scientists applied genetic sequencing to verify their hypotheses about the evolution of blue Polyommatus. On January 25, 2011, the team claimed Nabokov theory in Proceedings of the Royal Society of London.

The scientific community has ruled that there is a native American humanity [12].

According to the most accepted theory (which is consistent with the biblical data), humans arose in Africa (in the region called "Fertile Crescent) and migrated to the Middle East. From there to Asia by crossing it to get to America through the Bering Strait, possibly taking advantage of a glacier and freezing of the sea.

The Bering Strait is an inlet located between the eastern tip of Asia (Russia, Siberia) and the western edge of North America (Alaska, USA).

Scholars assume that these migrations were done in small groups, which were established in the American territory. As they arrived fresh waves of peoples recent past moved to east and south. The scientist A. Herdlicka in 1912 postulated that groups of hunters of central Mongolia, have entered America by the Bering Strait during glacial retreat. Then there would have an income of Arctic Eskimo culture about 1,000 years ago.

In 1926, scientist Paul Rivet (1876-1958) published his famous work polygenism Asia. Presented as a basis for his theory, analysis of various physical features (height, weight, skin color, eye shape, etc..), Cultural and linguistic data, both Asians and Americans and Polynesians in order to find correspondences design that would allow migration routes that have followed the first American men. He proposed not a single migration route as proposed would Herdlicka (hence the name monogenism), but several, so his theory is called polygenetic.

Scientist Paul Martin presents his theory in the seventies. It postulates that the arrival took place because Beringia (Bering Strait area). It is based on: The genera of extinct mammals found in North American archaeological sites. The ecological analogy between African savanna environments with abundant wildlife gregarious wild herbivores, with which would in the end of the Pleistocene North America, bison, camels and horses

According to these scholars, the first groups who entered America came from East Asia.

What can we deduce from the report?

Looking from our position (whose key to Scripture), we can say that:

a) Noah and his sons being direct descendants of the biblical Adam and Eve,

b) And the only survivors of the Flood, therefore all mankind is descended from them, and this is the reason why we have the same genetic heritage.

Beyond not share the theory of Stanley H. Ambrose, if we consider valuable data provided by genetic research and the map marked "Mitochondrial DNA tracks".

BMC Genetics 2001, 2:13. Torroni A, Neel JV, Barrantes R, Schurr TG, Wallace DC 1994: "Mitochondrial DNA" clock "for the Amerinds and its Implications for timing Their entry into North America." Proceedings of the National Academy of Sciences USA 91:1158-1162.

[4] A haplogroup is a group of people who share the same "map of genetic variations of mitochondrial or Y-Chromosomal. These studies are used to determine the origin of the populations of a geographic region.

[5] Matrilineal: adj. that is part of maternal origin

[6] Obviously the author of the theory does not refer to the biblical characters, but took their names by analogy. See Appendix.

[7] All men belong to the same race. Color variations and adaptations traits respond to the environment, to ensure survival.

[9] The Lepidoptera (Lepidoptera, from the Greek "Leu Gar" scale, and "pteron 'wing) are an order of insects commonly known as butterflies.

[10] See note for the newspaper La Nacion in Appendix.