The Sons of God and Angels. Part II. By Fabian Massa.


From the book “From Eden to the Nations” Adrian Pablos and Fabian Massa. 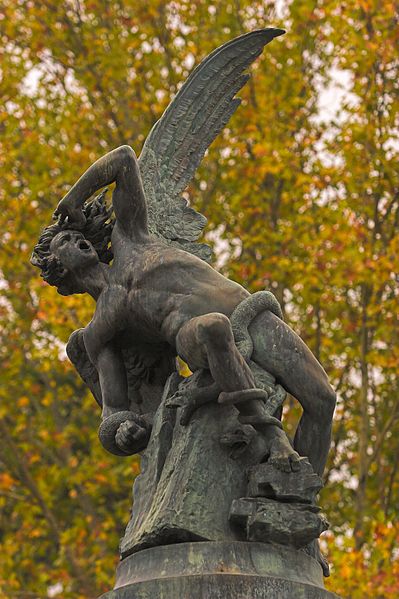 Extra-biblical Jewish sources dealing with this subject such as the three books of Enoch and the Book of Jubilees (Apocrypha and Pseudepigrapha both [1], discovered among the Dead Sea Scrolls [2]), the Mishna [3] (the oral tradition of the Jews [4] which together with the Gemara would follow later in the Talmud [5] Jerusalem [6] and the Babylonian Talmud [7], the rabbinical writings and the works of Josephus [8] among others . to understand a little more, see what it says in the Book of Enoch:


Escultura 1: The sculpture of The Fallen Angel at Plaza del Ángel Caído, in the Retiro Park in Madrid (Spain). Created in 1877. http://commons.wikimedia.org/wiki/File:El_%C3%81ngel_Ca%C3%ADdo_(Ricardo_Bellver)_01.jpg