The day our daily bread. 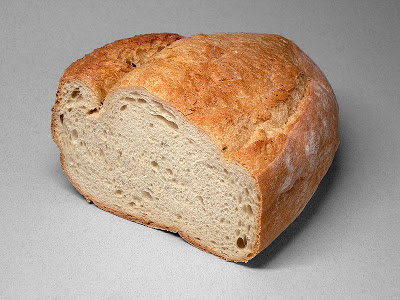 Bread is a staple food that is now present in the diets of all peoples of the World.

It is usually prepared by baking a dough, made mainly with cereal flour, salt and water. Mixing, in most cases, often contain yeast to ferment the dough and more fluffy and soft. [1]
While most used flour for bread making wheat is also consumed in other cereals such as: 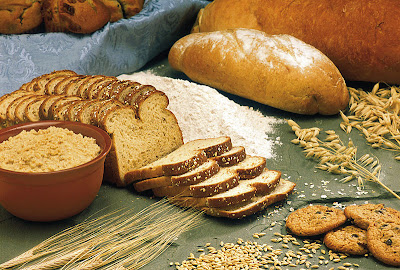 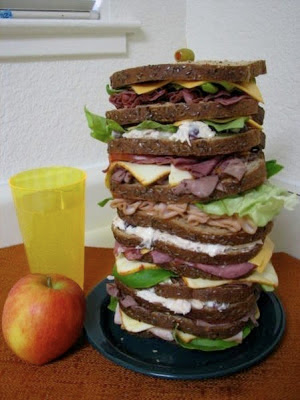 Bread is a food that has little reflection western Asia. The bread has many meanings in popular culture, but before anything is synonymous with the concept its food.
A social fact about bread is that it has done historically a social distinction based on the color of the bread has been eaten, for example rye breads (more black) corresponded to the lower classes while wheat flour (more white) most elite classes. This was already the case in the time of Jesus: In the episode narrated by the apostle John (John 9.1 - 13) where Jesus feeds a crowd estimated between fifteen and twenty thousand people, it was with the support of a child was only five barley loaves and two fish (just enough to make a couple of sandwich for snack). The loaves were consumed by the poor, as it came to buying white bread (wheat).

The bread is consumed since prehistory [2]:

The accompanying bread to feed humanity since at least since 8000. C. It is known that the introduction of cereal in the human diet appears in primitive man when it ceases to be nomadic to sedentary probably be some primal wheat (in some variety type diploid einkorn) was one of the first plantations of man.

a. Cereal origin:
When coupled with my friend Adrian Pablos investigate the issue of agriculture in prehistory, and propose the following hypothesis:
"If all life on the planet became extinct because of the flood, all we have today of the plant and animal kingdoms were brought to" this side "of the Flood of Noah in his Ark"
To support this hypothesis we seek scientific arguments to support this position, the following is an excerpt of Chapter III of the book "From Eden to the Nations [3]" we expect to be editing the end of 2013:

Agriculture is the practice of techniques and knowledge to cultivate the land. It works encompass different soil treatment, vegetable planting, caring for them and irrigation techniques, pruning, crop rotation and fertilization care that directly affect the improvement in yields. This activity allowed set And for most of it history, society's connection to the land was intimate.La agriculturalLLLLLlllloooofuentes food safer and significantly reduce the risk of malnutrition and hunger, because the grains allow the collection for long periods without losing their nutrients .
The first biblical reference to agriculture is given in Genesis 4.2:
Later she gave birth to Abel, Cain's brother. Abel was a keeper of sheep, but Cain cultivated the land. RVC

But there is no data concerning the type of crops had Cain. Evidence of early agriculture and livestock older than science has been able to provide (so far) were obtained from the archaeological sites of Ali Kosh and Jarmo.

I. Ali Kosh [4]: ​​In the '60s American archaeologists F. Hole and K.V. Flannery discovered it in southern Iran, near the Zagros mountains, about 150 m altitude border with Iraq. This site currently measures 150 m in diameter and 7 m deep. The place was populated from 8000 to. C. and was abandoned c. from 6000 B.C. Archaeologists have found evidence of their social organization and economy, which consisted in gathering wild fruits and cereals and breeding of sheep and goats.

II. Jarmo [5]: Between 1948 and 1955, the American archaeologist Robert J. Braidwood excavated the Jarmo Neolithic archaeological site [6], located in the Iraqi Kurdistan region. According to radiocarbon measurements, although we doubt their reliability, the core was occupied between 7090 and 4950 a. C. In Jarmo found the first signs of the beginning of agriculture and animal husbandry.

a. Wheat [7]: The word comes from the Latin word wheat Triticum, which means broken or crushed, referring to the action that should be performed to separate the wheat from the chaff wheat overlying. Triticum The term encompasses both, the bean itself as the grinding process necessary to consume. Wheat (Triticum) is, therefore, one of the most ancient words to refer to cereals. Triticum The term encompasses both farmed and wild cereals. The grains are annual plants in the grass family. [The word wheat designates both the plant and their edible seeds, such as occurs with the names of other cereals. Cereal grains were used to make flour, whole and this to make bread (wheat, barley bread). With fermented barley malts are made that give rise to malt wine and a variety of food products. ]

Note: Wheat has its origins in ancient Mesopotamia. The oldest archaeological evidence of growing wheat come from Syria, Jordan, Turkey and Iraq around 6000 BC a mutation or hybridization occurred in wild wheat, resulting in a tetraploid plant with larger seeds, which could not have spread with the wind. There findings charred remains of emmer wheat grains (Triticum dicoccoides) and traces of clay grains in Jarmo (northern Iraq), dating from 6700. C. [8] This Wikipedia article talks about a possible hybridization or mutation:

I. A natural cross between two subspecies of wheat, which comes third hybrid.

II. A mutation is an alteration or change in the genetic information (genotype) and, therefore, will produce a change in the pattern, which occurs suddenly and spontaneously, and which can be transmitted to offspring or inherit.

b. The wild wheat (imagen3.1) is a diploid grass, grown for food since time immemorial. The seed is light and carried by the winds, why naturally expands, wild wheat seed has the property of self buried and thus develop a new plant, propagating the species. In ancient type of wheat was the most important for humanity, but is now nearly extinct, since crops are preserved only in some regions of India and Spain. 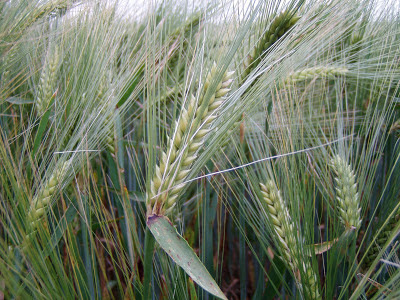 The current wheat: It is heavier ((imagen3.1) the grains are larger and yield more and better quality of flour) and not spread by the wind: The man is the one who carries it and extends it, the current wheat crop is a 100% human activity. 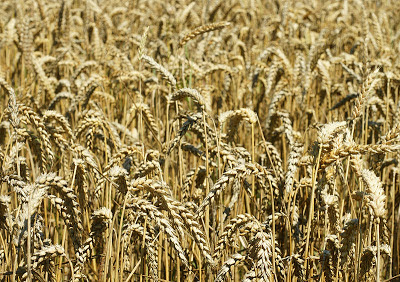 e. Barley [9]: Barley is a cereal plant of the grass family very important because of its high consumption of both humans and animals, and is currently the fifth most cultivated cereal in the world. The barley grown today is descended from wild barley, which is native to the Middle East. Archaeologists have found ways of barley were used by ancient people before they met the varieties grown in Palestine, Syria, the Euphrates Valley and Iran to the east of Afghanistan. Excavations in the vicinity of Lake may live - well known in antiquity and located southwest of what is now Cairo, disclose barley storage of at least 5,000 to 10,000 years. Today it is used for the production of various alcoholic beverages such as beer, scotch, gin Dutch [10], and also in the production of flour and bread for human consumption. Used as forage is used in animal feed.

All cultures studied in this paper are from the Middle East, more specifically the region of Mesopotamia. Recall that according to the information given by the Bible, Noah's Ark ran aground at some point in the Ararat Mountains (now Turkey, Gen. 8.4). Over time, and as the waters descended, Noah's family was moving south. In the third generation (Nimrod) came to the plain of Shinar in Mesopotamia, now Iraq.
No usage records or previous cereal crop plants to 8,000. C. in any region of the planet, so that's the starting point for the new humanity in Mesopotamia, the region where the flood survivors settled. For we take as true the story of the Flood, it is obvious that these crops are native to the Middle East for the simple reason that there ended the journey of Noah in the ark.