7 And the Lord God formed man of dust from the ground and breathed into his nostrils the soul of life, and man became a living being. 8 The Lord God planted a garden in Eden, toward the east, and there he put the man he had formed.
10 From Eden arises a river watering the garden, and from there it divides and becomes four rivers. 11 The name of the first is Pishon, which goes around the whole land of Havilah, where the gold is. 12 And the gold of that land is good: there is no stone beads and beryllium. 13 The name of the second river is Gijon, which encircles the whole land of Cush. 14 The name of the third river is Tigris, which flows east of Assyria And the fourth river is Euphrates. 15 The Lord God took the man and put him in the Garden of Eden to till it and keep it. Parashat Bereshit - Genesis 2

God first created the site in Eden. (Gen. 1.26 - 27; Gen. 2.5 - 7) and then took Adam and took him to a garden that God had planted himself "East of Eden" (Gen. 2.8), the Garden of Eden and Beginning of Mankind are tightly linked, to the point that we can not speak of one without the other topic. 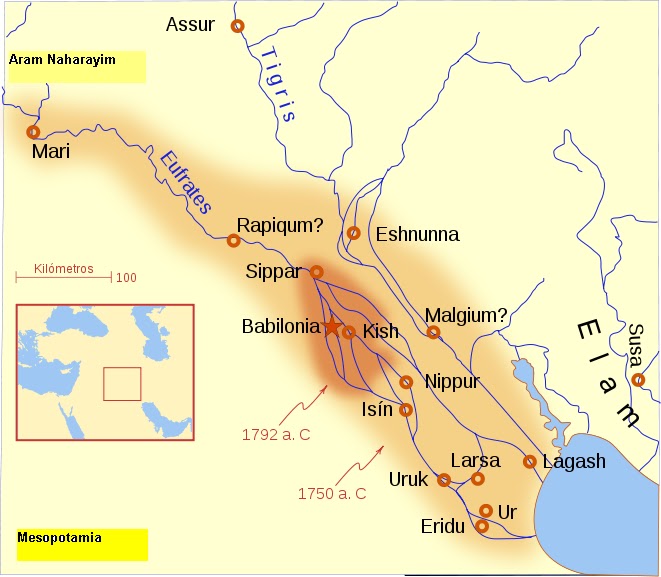 With respect to the Tigris and Euphrates, with absolute certainty, we're talking about the Mesopotamian region. Doubts arise about the location of the other two:

Pishon River:
This river surrounding the earth of Avila, who some scholars relate Arabia, the issue is that the topography has changed over the millennia. However via satellite have been observed a possible fan delta at the mouth of the Persian Gulf.

Another theory postulated by David Rohl has linked with the river Pishon Uizhun, placing Havilah northeast of Mesopotamia. The Uizhun is known locally as the Golden River. Rising near Mt Sahand, and meanders between ancient gold mines and veins of lapis lazuli, before feeding the Caspian. Such natural resources are the ones associated with the land of Havilah in the description of Genesis (2: 11).

Rio Gijón: The Blue Nile, Ethiopia is born and runs through until the Sudan where it meets the White Nile, which in turn give their waters to the Nile proper. Starts at Lake Tana in Amhara northern plateau. Gihon River and the Blue Nile called the people who populate the edges of the narrow gorge of the river. These people claim that their river was one of four that flowed from Eden or Paradise in ancient times from the beginning of the world.

"The Land of Cush" Today Nubia is the southernmost region of Egypt that extends along the Nile Valley and northern Sudan, between the first and sixth cataracts, although in ancient times was an independent kingdom.

The Kingdom of Kush is an important part of the history of Nubia at the time of the ancient civilizations of Egypt, Rome and Greece.
Nubia is considered, simplifying current northern Sudan. The territory bounded on the north with Egypt. Nubia is rich in commodities, especially gold, so very early Egyptians ambicionaron exploit these resources. 1 Miriam and Aaron spoke against Moses because of the Cushite woman whom he had taken, for he had married a Cushite woman.

Probably, this wife of Moses was a woman of this region. A people with dark skin, thin lips, fine features and where it is common to have the blue eyes.

CURRENT THINKING 2: They put Eden between Ethiopia and Kenya. This group takes as Eden to the area known as "The Fertile Crescent" comprising the territories of present-day Egypt, Israel, Palestine, Syria, southern Turkey. And all of Mesopotamia (Iraq, from Iran, Kuwait) to the mouth of the Tigris and Euphrates in the Persian Gulf. 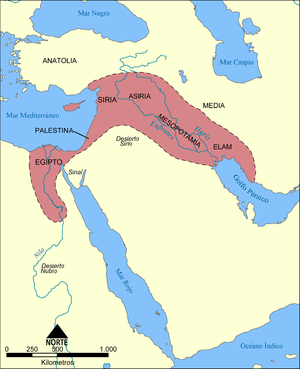 On the map of the Fertile Crescent (left), we see that it reaches half of Egypt. However, the entire Nile Valley, and especially its origins to the south of Lake Victoria (Republic of Burundi) is a very fertile region, Crescent may have spread far.

Lake Victoria is surrounded by Kenya, Uganda and Tanzania. Located between the two arms of the Great Rift, as you can see on the map on the left.

The discovery of fossils in Ethiopia, where it was found "Lucy" in 1994, whose remains are older than 4.5 billion years, the Ethiopians did think that in your country God had placed the Garden of Adam and Eve, East of Eden.
However this fell apart in 2000, look at this report from Reuters:

THE "MAN OF THE MILLENNIUM '
Agencies
URL: http://www.elmundo.es/

The 'man of the millennium', as it has been called this hominid, was discovered in the hills of Tugen, Kenyan province of Baringo, by a team of specialists from the College de France in Paris and the Community Museums of Kenya.
"This finding is important for all humans", said paleontologist Martin Pickford, who added: "At least, dating back six million years ago, meaning that predates the remains found in Ethiopia, dating back For four and a half million years. "

Perhaps at some time, teams of anthropologists oldest fossil find some elsewhere and in the minds of men, the Garden of Eden again "move" from Kenya to another area. Only God knows where it is in reality, what we do know is that it is well kept:

24 And when ejecting the man, He placed at the east of the Garden of Eden the cherubs and the flame of the revolving sword to guard the road leading to the Tree of Life.

Now, Eden was the physical place where the Lord had placed Adam and his family to live in communion with Him

World seeks geographic location was Eden. To invest this tremendous fortunes. Governments and scientific societies of the countries support these campaigns, hoping to have within its territory something to boast about, see:

Armenia:
Within the territory of Armenia called Antigua, is the Mt. Ararat (now in Turkey), and it is believed that the glacier is almost stranded summit is the "Noah's Ark". Eden could be in what was the Old DURING Armenia Urartu Kingdom (1000 BC). David Rohl's theory would put Eden in the vicinity of Lake Urmia, in the present territory of Iran.

Iraq:
I have the title of Cradle of Civilization, within their historical and tourist circuits have the cities founded by Nimrod: Uruc (Erec - Iraq) Babylon (south of Baghdad 110Km.) Ur where Abraham lived, Many defend Iraq as a which would be located Eden.

Ethiopia:
They are, The Queen of Sheba, in the Chronicle of the Kings of Ethiopia (KEBRA NAGAST) relates that she had only one child of her union with King Solomon, Menyelek I. According to the Ethiopian Christian Church (Coptic Ex).
The Real Book of Enoch.
The Ark of the Covenant, they said, is under the strict guard (never no foreigner could be seen). The Apostle Mark was the First Father of the Church in Ethiopia.

In the early twentieth century kingdom in Ethiopia Haile Selassie I Rastafari, as the Rastas, the very embodiment of God on earth. Imagine if well within its borders were Eden, just missing him and having the Holy Grail would be complete.
Vanity of vanities the Preacher say Solomon.

Humanity seeks material and that satiated his soul, and forget all that can bring peace to his spirit, the most important is what Eden represents: peace, welfare, abundance, freedom from disease, pest , death, misery, poverty, evil and anguish, all these benefits just by being in the Perfect Will and Grace in the Presence of God.

Since man lost his place in Eden, all mankind is in a fruitless search for the "Happiness". Digging in the pleasures of life, says the Preacher in Ecclesiastes 2.

11 The words of the wise are as goads, and as nails fastened by the masters of assemblies, which are given from one shepherd.
12 And now, my son, more than this, be admonished. There is no end of making many books and much study is a weariness of the flesh.
13 The end of all has been heard, is: fear God and keep his commandments: for this is the whole duty of man.
14 For God shall bring every work into judgment, with every secret thing, whether good or bad.

We who have been chosen by God to reveal to us the Word of Life, we have the opportunity to recreate Eden back into fellowship with the Lord, to communicate (pray) and receive advice through his Word.

We cry out for healing of body and soul, receive the support for each day. We have access to the Tree of Life (Christ, His Word) and we have to be careful not to listen to the voice of the enemy through any snake.

Care for this opportunity to come back, do not fall into disobedience to his commandments, lest as that first Adam, we are also take in His Presence.