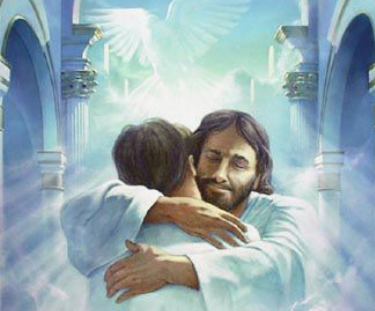 Jesus said, "No one has greater love than to lay down his life for his friends."

Friendship comes from Latin amicus, friend, that derives from amore, love. It is an emotional relationship between two or more people. Friendship is one of the most common relationships that most people have in life. The friendship is given at different stages of life and in different degrees of importance and significance. The sages and poets of all times have always exalted friendship.

We must be careful when choosing friends.

In the Bible, the Old Testament in 1 Kings chapter 12 verses 6-11, we can see a big decision I had to take the Young Rehoboam, but instead of listening to the advice of the elders, who had been with his father (Solomon ), listen to the counsel of the young men who had grown up with him
Sure they had a friendship, v.10 had grown up together, but yet they were a very bad influence to the young King, given that cost him part of his reign and originated a great division among the people of Israel.

In contrast, in the Bible in the book Luke Chapter 5: verse 18, God shows us the true value that can be friendship, and how healthy it may be this relationship to our lives.
Friends who are in good and in bad times, people of faith who always lead us to the feet of Christ, to give us the right word at the right time, or are simply willing to listen when so needed.

True friendship is shown in
The times of difficulty;
Prosperity is full of friends.
(Euripides)

Many times there are people who consider our friends, but are selfish and only interested enjoy your friendship, but they do not add anything to this. Friendship should be a return. Since it is a relationship of love, where both must sacrifice things.

As we learn from the book of Proverbs 17:17 "A true friend loves,
And a brother is born for adversity. "
18:24 "A man that hath friends must shew himself friendly: and there is a friend who sticks closer than a brother."

Unciros not unequally yoked with unbelievers! So what is the relationship between justice and iniquity? What fellowship between light and darkness?
Since the beginning of time, we see that God seeks a relationship with us is that we were created to have fellowship with, a relationship, a friendship. That is why God in the Bible is said to those who sought him and were interested in having a friendship with. Although we were enemies of God, through Jesus Christ we were reconciled to him through the death of his son. (Romans 5:10)

In the Bible, the book of Genesis, chapter 5 verse 24 says, "He walked Enoch (Enoch) with God, and was not, for God took him."
In the book of Hebrews Chapter 11 Verse 5 tells us that Enoch was taken to heaven. Walk with God in an atmosphere of evil and infidelity, but nevertheless he had communion with God leading a life of faith and purity.
It also speaks of Abraham. In the book of 2 Chronicles Chapter 20 Verse 7 says "our God, did you not drive the inhabitants of this land before thy people Israel, and gavest it to the seed of Abraham thy friend for ever? (James 2: 23)
The book of Genesis tells us also of Noah, "But Noah found grace in the eyes of the Lord. These are the generations of Noah: Noah was a just man, 2 Peter 2. May was perfect in his generations, and Noah walked with God. "

Walking with God means constant and familiar treatment, is to enter into an intimate relationship with the Father, is to have a friendship with God.
Is agreeing with him: two people can not walk together if there is no agreement between them. (Amos 3:3) Can two walk together, except they be agreed? We must be guided by and allow the guide our steps. In the book of Psalms chapter 32 verse 8 God says: "I will instruct you and teach you the way forward, eyes fixed on you, be your counselor." (Jerusalem version)
Friend, I invite you to establish a relationship of friendship with God, and I hope that this lesson has been a great blessing, as it was for me.

May God bless you!