Roots and fruit in the Kingdom of God, by Osvaldo Ripoll. 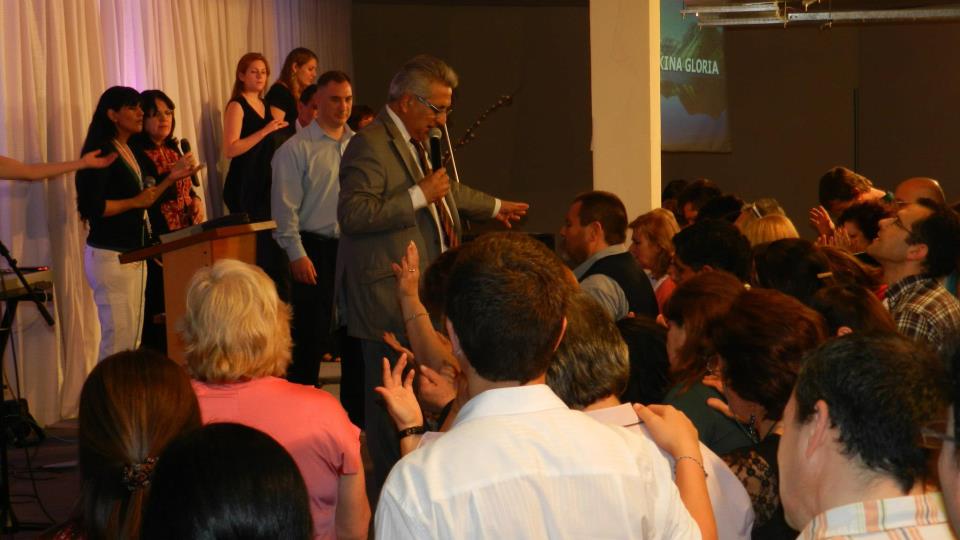 Continuing the theme of the Kingdom of God and how to get to it, I stopped in this passage that comes from the mouth of the Lord. Jesus in this parable [1] speaks clearly shows how the message of salvation comes to men and the way it is nested in them.

It teaches us that it is useless to speak only, but we as Christians, make disciples, this means taking the time to teach people who have heard the Word of God. To arrive at this moment we spend hours face to face with THE voice Invisible written learning and relating with our comforter and friend the Holy Spirit. This journal dialogue between father and son take us to see what is really important, which is of course to be citizens of the Kingdom of God, and not get carried away by things proposed by this society governed by the "prince of this world," Satan. We know from the Word of God that came to kill, steal and destroy, and in this parable is more than clear his purpose. This sinister character focuses his entire being to steal souls that could be added to the Kingdom of Heaven, just to hurt our Father and Creator who loves us in a way beyond words. Every soul that Satan can steal directly addresses an eternal death, this is nothing more nor less than an eternity away from the presence of God, and therefore subject to "weeping and gnashing" of teeth for eternity.


Our duty as children of God is taking care of our salvation and help others get through the guide follows the shepherd his sheep. I repeat as many times before: Holiness includes not seduced by the additions but seek first the kingdom of God and his righteousness. This addition often distracts us and begin to worship the "blessing" and forget the God who gives us the blessing. This will slowly but inexorably away from the presence of the I Am, resulting in the loss of the seed that began to germinate in us. This situation leads us to believe that we care what God has entrusted to us, but we are actually putting aside the great commission to preach the word to every creature and make disciples.

13 One day Jesus left the house and sat by the sea. 2 And many people joined him, and he went into a ship, and sat, and all the people stood on the beach. 3 And he told them many things in parables, saying, Behold, a sower went out to sow. 4 And as he sowed, some seeds fell along the path, and birds came and ate it up. 5 Some fell upon stony places, where they had not much earth: and forthwith they sprung up, because they had no deepness of earth: 6 But when the sun rose they were scorched, and because they had no root they withered away. 7 And some fell among thorns, and the thorns grew up and choked. 8 But other fell into good ground, and brought forth fruit, some an hundredfold, some sixty, some thirty. 9 He who has ears to hear, let him hear.
Matthew 13 King James Version 1960

Now I want to leave in the hands of the Master, King of Kings and Lord of Lords, which gives us a great explanation of the parable of the sower. I advise treasure this teaching in their hearts for the enemy of the soul can not meet his deadly mission.

18 Hear ye therefore the parable of the sower: 19 When anyone hears the word of the kingdom and does not understand it, the evil one comes and snatches away what was sown in his heart. This is the seed sown along the path. 20 But he that received the seed into stony places, this is he who hears the word and immediately receives it with joy, 21 yet he has no root in himself, but is short-lived, for when tribulation or persecution arises because of the word, immediately he stumbles. 22 The seed sown among thorns, this is he who hears the word, but the worries of this life and the deceitfulness of riches choke the word, making it unfruitful. 23 But he that received seed into the good ground is he that heareth the word, and bears fruit and produces: some a hundredfold, some sixty, some thirty.
Matthew 13 King James Version 1960.

Let us continue to the finish in Christ Jesus and enjoy the Salvation of our soul conquered by Christ on the cross of Calvary.
God bless and wisdom in abundance. Pastor Osvaldo Ripoll

[1] Parable. The lat. parable, and east of gr. παραβολή. Narrative of an event feigned that follows, comparison or likeness, an important truth or a moral.