The Ark Project I By Fabian Massa.

This topic is covered extensively in the book "From Eden to the Nations" Pablos & Fabian Adrian Massa. 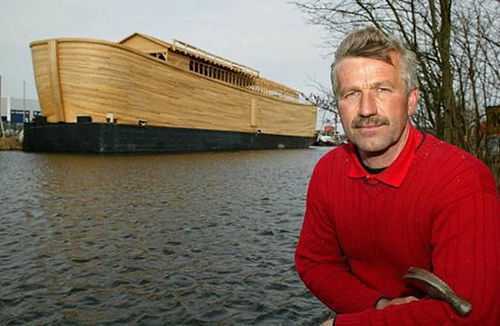 In May 2005 the Dutch creationist Johan Huibers [1] began building a replica of Noah's Ark as a testament to his faith in the literal truth of the Bible [2]. Huibers's ark is a very good representation of the biblical Ark scale. The hull of the ship itself is steel and the "structure" of wood in the shape of the ark is superimposed on the helmet, like a montage of props) and finished in 2007. 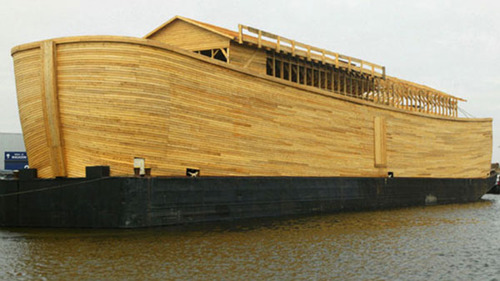 Representation Huibers built the ark of cedar and pine in the river port of Schagen, 45 km north of Amsterdam. While the general followed in the construction given in the Bible, could not build the hull [3] entirely of wood (even in the XXI century the shipping industry did not achieve constructive God gave Noah!) So mounted on a pontoon structure shipbuilding steel.

Huibers, a Christian, said he hopes the project will renew interest in Christianity in the Netherlands, where church attendance has fallen dramatically in the past 50 years.

The ship that the Lord instructed Noah was a large load capacity and given that he had not done anything like this, (and not even today you can do!) Is evident God's provision in all aspects of the construction of Ark: Noah found Divine design to carry out such a task.
To understand the feat of naval engineering building the Ark by Noah, it should be noted again (it's a very important fact) that Huibers, who followed the biblical instructions for building your ark I had to make the steel hull naval . In this small detail we can see that in addition to the technical ability of the builders biblical wealth in human and material resources, naval experts now designers argue that Noah's Ark would be the first ship of 20 000 tons. The relationship between length Ark (L), breadth (width) and depth (height) as marine engineers, is the design of a ship of the twentieth century, so rational proportions. This means that new well into the twentieth century and the technology industry were prepared to allow the construction of a 20,000 tonnes (tons) [4] of displacement (steel, wood NOT!), Which Noah made at the dawn of the early history. 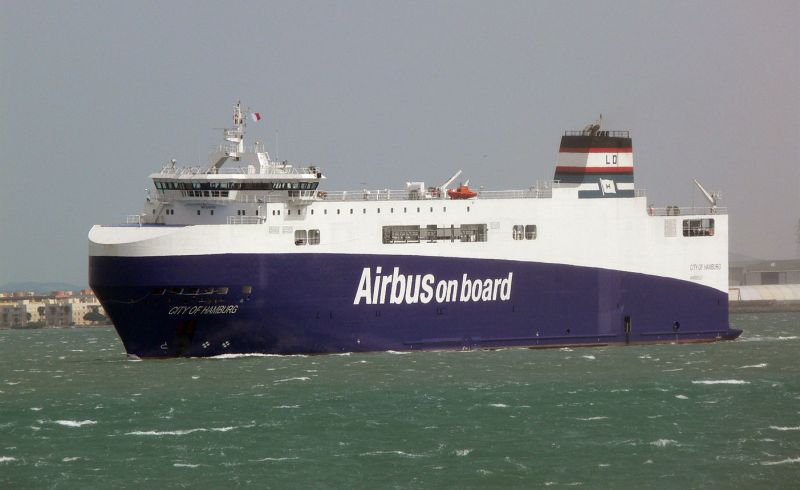 This ship would be non-tip in any sea condition imaginable