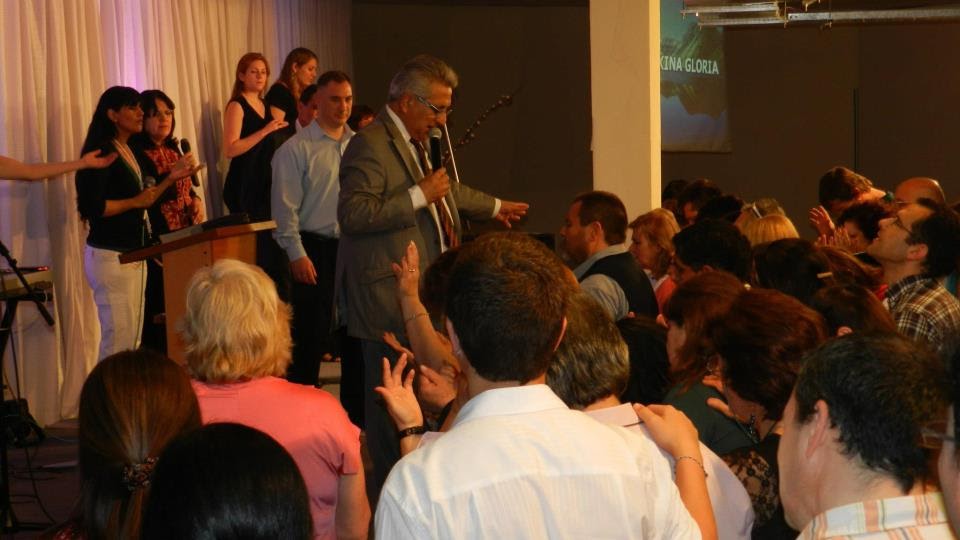 It's great to spend time growth studies and building on the foundations of our faith. It is critical to understand and incorporate our Christian life to the incalculable value of the sacrifice of Christ on the cross of Calvary and the eternal benefit of which we enjoy, without deserving it, thanks to his commitment to God's perfect plan.

Here in these lines we have obtained justification through the death of the perfect and unblemished lamb, which is Jesus Christ our Lord and Savior, whom we all glory, who still continues to intercede for us in the very presence of the Father.


First make a very clear definition of what it means to justify the legal language of law. Justify: acquit, declare righteous, or pronounce judgment in favor of acceptance of the defendant. Let's move this to the common language and clear with which we deal daily, the culprit appears before God (the righteous judge) and instead of receiving a sentence for his crimes, is acquitted, free from condemnation and declared righteous.

This is the time to clarify the meaning of the word fair, see: (from lat. Iustus). They work with justice and reason. Fixed to justice and reason. Who lives by the law of God.
Then, after these definitions we can conclude that the Righteous Judge (God) declares us, despite being guilty, innocent because we live according to his law ... This happens because someone paid the penalty for us. Who served his sentence?, The famous scapegoat, this clearly means that an innocent pay the penalty for which is a culprit acquitted of all criminal record clean. After learning and understanding this ...

Are we are eager to continue practicing sin and thus trample the sacrifice of Christ on the cross?

The way to obtain these priceless benefits, it is very simple, this occurs through faith. What is saving faith?, Just believe that the Christ was innocent, undefiled, sinless, died and paid the condemnation that we deserve for giving back to the Creator and Father of all of us. Who is the owner of all things we enjoy, this includes our lives ... We are nothing without God, but He is still God without us.
Now to the Lord's word in the letter to the Romans in chapter one, where the apostle Paul gives us a clear view of the tremendous pride that causes disobedience entrenched in the human heart.

18 For the wrath of God is revealed from heaven against all ungodliness and unrighteousness of men who suppress the truth in unrighteousness, 19 because that which is known about God is plain to them, because God has shown it. 20 For his invisible qualities-his eternal power and divine nature, have been clearly seen since the creation of the world, being understood through what has been made, so that men are without excuse. 21 For although they knew God, they glorified him not as God, neither were thankful, but became futile in their speculations, and their foolish heart was darkened. 22 Professing to be wise, they became fools, 23 and exchanged the glory of the immortal God for images resembling mortal man and birds and animals and reptiles. 24 Wherefore God also gave them up to uncleanness through the lusts of their own hearts, to dishonor their own bodies among themselves, 25 who exchanged the truth of God into a lie, and worshiped and served the creature rather than the Creator, who is blessed for ever. Amen.
Romans 1: 18-25 KJV Version 1960

The previously read verses give us a clear definition of where we would be unemployed without faith in the perfect sacrifice of Christ. But let us now together in the same letter one of the pillars of our salvation.

16 For I am not ashamed of the gospel, for it is the power of God for salvation to everyone who believes, to the Jew first and also to the Greek. 17 For in it the righteousness of God is revealed from faith to faith: as it is written, The just shall live by faith.
Romans 1: 16-17 KJV Version 1960

That word magnificent and rewarding for our lives, that way the apostle is expressed through the Holy Spirit and said, reaffirming the supernatural power of faith.
In this part of this article I want to share a word that gave meaning to my life and my faith in God. These biblical lines realize that nothing made matter what happens or around me, but I must be faithful and constant in my love for God because He first loved me; giving his Son to a cruel death to pay my sentence. What can be more important to recognize that I am free because an innocent paid for me?, The money will be more important?, Does the car take that place?, With what is seen crucial in my life?, What? " managed "my effort away from the wisdom of God?, What have I achieved under the wing of God? ... Nothing is more important to recognize that I am an heir of eternal life having been justified by the Righteous Judge and my older brother, Jesus Christ, intercede always for me before the presence of the Father, deliver me from eternal damnation to weeping and gnashing teeth.

Therefore being justified by faith, we have peace with God through our Lord Jesus Christ, 2 through whom also we have access by faith into this grace in which we stand, and rejoice in hope of the glory of God. 3 And not only so, but we also rejoice in our sufferings, knowing that suffering produces endurance, 4 and perseverance, proven character, and proven character, hope: 5 And hope does not disappoint, because the love of God is shed in our hearts by the Holy Spirit given to us. 6 For Christ, while we were yet without strength, in due time Christ died for the ungodly. 7 For one will hardly die for a righteous man, someone might possibly dare to die for the good. 8 But God demonstrates His own love toward us, in that while we were yet sinners, Christ died for us. 9 Much more then, being now justified by his blood, we shall be saved from wrath. 10 For if when we were enemies, we were reconciled to God by the death of his Son, much more, being reconciled, we shall be saved by his life.
Romans 5: 1-10

Can you add anything else?, I think the only thing we can not do is praise God at all times and be faithful in thanks to his great mercy, recognizing that without his absolute pardon, would be far from him immersed in the dark the prince of this world.
I encourage you to go ahead having assured that the Almighty God who has adopted us as children, will never leave us nor do we let go of his hand.