Reflection (Sh). The issue of leadership structures of the church. By Fabian Massa 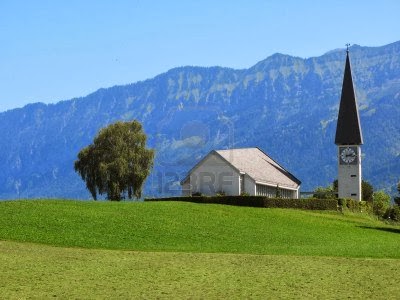 Week 70 shares with us : The problem of leadership structures of the church.

It is a tricky and delicate, because basically the pyramid model is typical of large and mega churches where large numbers of people makes it impossible to be ministered to by a pastor .

Then formed a leadership structure and other ministries :

1. The senior pastor who ministers to :

Two . Pastoral staff , who in turn minister to :

Three . Supervisors , who minister to:

April . The group leaders who minister to:


The larger the church , the greater number of ministries , but there are some that are common :

Some churches have a ministry of counseling ( which may also involve Liberation ), and the Biblical Institute . Anyway the mass formation of the assembly generally falls in the leadership structure .

So where lies the difficulty ? Precisely in leadership, because it turns out the group leader or guide is just a little more educated than the rest of the group. This is most evident in the groups of teenagers and young people, where are all virtually the same level of ignorance of the Word .

39 (Jesus ) also told them this parable: " Can the blind lead the blind ? Do not they both fall into the ditch? 40 The disciple is not above his teacher , but everyone who is fully trained will be like his teacher level . Luke 6.39 - 40 NIV .

Everyone who is fully trained , is one that is able to teach. Each shepherd looks over his flock , but the sheep are not really but the Lord's shepherd . If instead of thinking in terms of each other separate church could think in terms of United , the largest churches could send some of the teachers who have the most girls usually have none. A good teacher makes all the difference . To think .


Week 70 is about to begin , let God's people still do not know , do not understand . Time is running out . It's time to turn people into disciples .