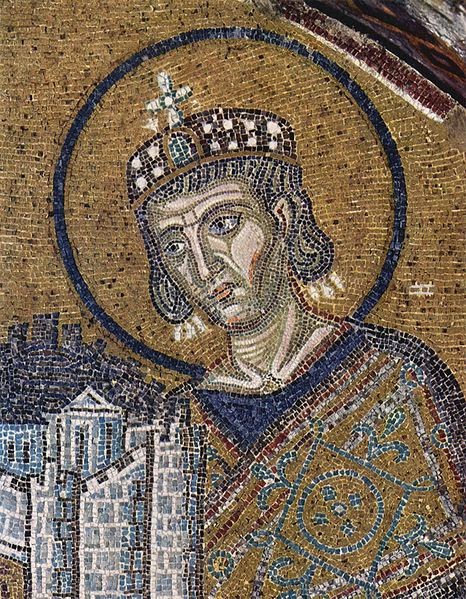 Christmas comes from the Latin word Nativitas (Nativity) meaning birth and particularly relates to the birth of Christ is celebrated every 25th of December, however , nowhere in the Bible the exact date of Jesus' birth is mentioned. The Christmas party was recognized 300 years after his death , when Emperor Constantine allowed Christianity in the Roman Empire, after being pursued by the Empire from the time of Nero , because the date had found popularity among Roman Christians to be the date of the "rebirth" of the Sun God exists discrepancy between whether or not there were "celebrations" Jesus was born before that date .

The Christian celebration of Christmas seems to have been moved around the year 330, under Constantine ( 306-337 ) , to December 25 . This was intended to signify Christ as Sol Invictus true . Importantly , from the year 315, began to appear on coins early Christian symbols. Probably at this time when the change of the Christmas Party December 25 occurs . The gathered from the celebrated vision of Constantine message was to the effect on the prevalence of the Sun Christ : Christ is the true unconquered sun . Only needed to move the date of Jesus' birth to December 25 , the day of the birth of Sol Invictus was celebrated .

Emperor Constantine I ( 306-337 ) had been a faithful follower of the pagan traditions ( the sun god ) . His conversion to Christianity was due to an alleged vision he had when he saw a cross in front of the sun and went with his army and heard a voice saying " with this sign conquer " ( Latin: in hoc signo vinces , ' with this sign conquer ' ) ? . This was the occasion to wear the symbol of a cross on his banner and win the battle of the Milvian Bridge .

Brumales party was a pagan festival dedicated to the sun, held at the winter solstice , was usually held on December 25 . The feast of Saturnalia began on December 17 and lasted 7 days, after the god of seed and wine, Saturn. Such parties had very similar characteristics to that which we know today as Christmas. Personified in the god Mithras - the end of the Saturnalia , December 25 , the birth of Sol- Natalis Solis Invictis ( birth of the invincible sun ) was celebrated. Although Mithraism had Persian origins ( the god Mithra ) , became the dominant religion in Rome , especially among soldiers.1
Christmas Party began to be celebrated as a Christian from the time of Constantine holiday because it was previously impossible because of religious persecution . In 336 first appeared as party in the Roman calendar was gradually entering formal traditions of the Christian church , until the V century , it is officially ordered , completely overshadowing the party of Sol Invictus .