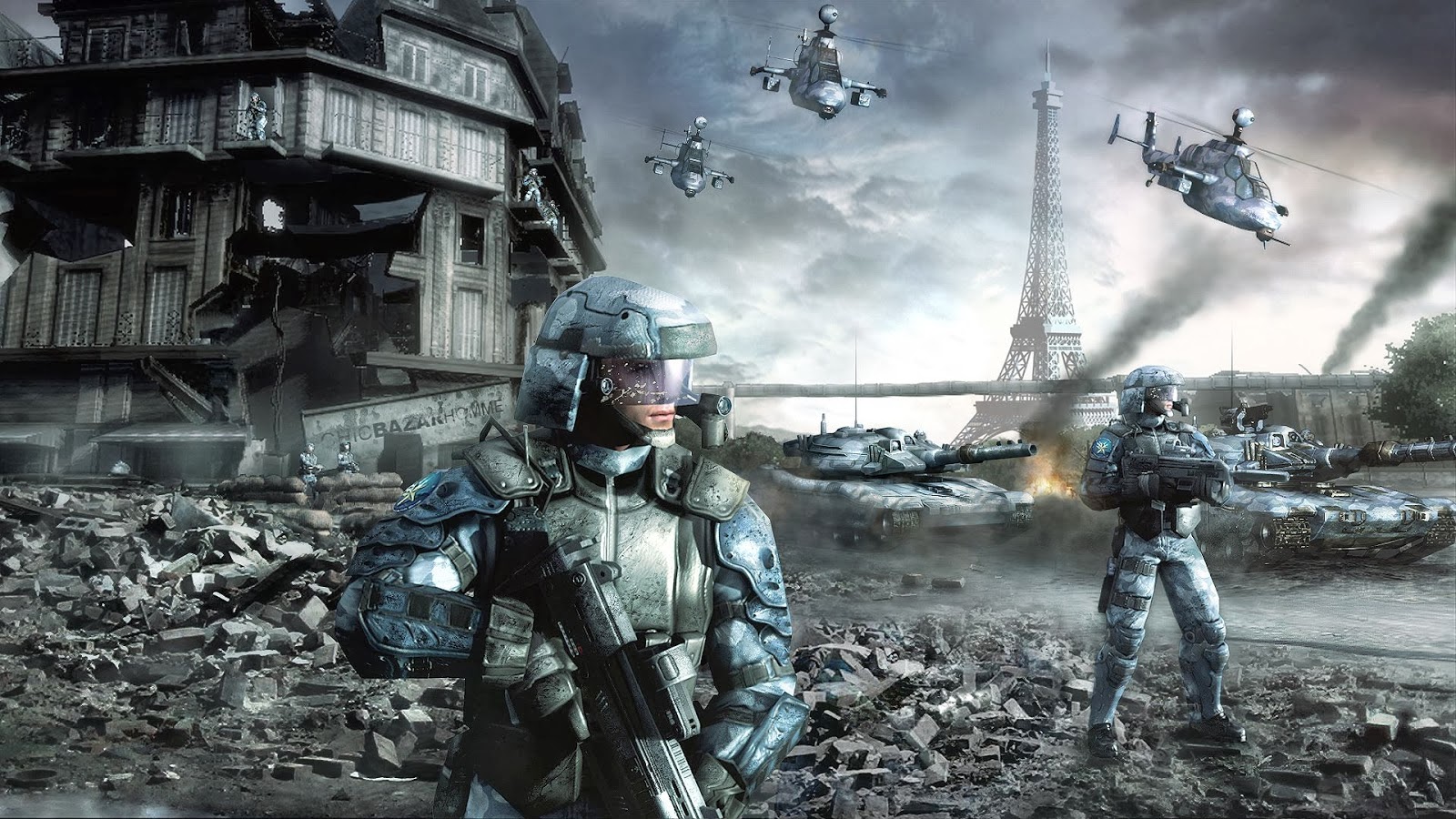 13 The sixth angel sounded his trumpet , and I heard a voice from the four horns of the golden altar which is before God. 14 In that angel who had the trumpet, the voice said, " . Release the four angels who are bound at the great river Euphrates " 15 So the four angels who had been kept ready for this very hour and day month and year were released to kill a third of mankind. 16 I heard the number of the mounted troops was two hundred million.
Revelation 9.13 - 16 NIV .

According to Bible prophecy , this international conflict (Revelation 16.14) will originate bank of the Euphrates and will have operations as Middle East theater .

According to statistics of 2011 , world population has already exceeded the 7,000 million people, according to Rev. 9.15 third of humanity will die in this third war, the figure is chilling : 2,333,000 deaths.

According to all theories concerning the New World Order, Bible , Islamic esoteric prophecies , etc ... This new order will emerge from a serious international conflict.
The September 11, 1990 , ie a few days after Iraq invaded Kuwait , President George H. W. Bush (the father) gives a speech scheduled well in advance before the two houses of Congress. The conflict in Iraq seemed to be the trigger for World War III .
The speech of President Bush (senior) is broadcast live on radio and television . The text , originally dedicated to budget issues , had been deeply modified depending on the situation. Its main objective was to define the American vision of the " New World Order" .

I present a brief excerpt of the speech and I have put a title to each paragraph :

Using conflict to justify the New Order.
" We stand today at a unique and extraordinary moment. The Persian Gulf crisis , however serious , offers a rare opportunity to move toward an historic period of cooperation .

Benefit NOW: Royalty threats and fear
In these confusing times can emerge our ( ... ) goal: a new world order , a new era, freer from threats and terror , stronger in the pursuit of justice and more secure in the quest for peace, era in which the nations of the world, East and West , North and South , can prosper and live in harmony.

Benefit NOW: Peace , freedom and justice
A hundred generations ... [3 ] searched the unknown path to peace , while thousands of wars raged against the efforts of mankind. Today, that new world struggling to be born , a different world than we have known . A world where the rule of law take the place of the law of the jungle . A world in which nations recognize the shared responsibility for freedom and justice.

Benefit NOW : Social Justice
... A world where the strong respect the rights of the weak . It is a vision that I shared with President Gorbachev ( ... ) . He and other leaders in Europe, the Gulf and around the world understand that the way we treat the current crisis may shape the future for generations to come . "
Finally the Iraq War was not the trigger for something greater.

Coincidentally another September 11 but 2001, the attack on the Twin Towers in NY also may have unleashed a ferocious militarism in the U.S. and a war of vengeance . But God did not allow it .

The plotters do not stop plotting "how" to impose their world government. The pressure is always on the Middle East. For now the four angels are bound each to its cardinal point .

There is still time to turn to God , repent and be saved .

But time is running out and Week 70 may begin at any time . Are we ready ?