Study. The Battle of Babel, by Fabian Massa. 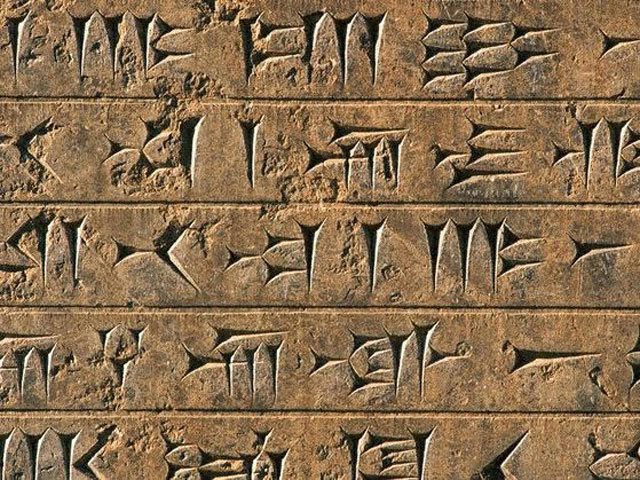 Once established in Sumer , men were organized by Nimrod in an Empire , which began with the construction of the first City - State of the post-Flood Era: Babel. After the Empire was extended in Lower Mesopotamia, with the founding of Erech, Accad , Calneh cities and from there began the subjugation of the Semitic tribes of Upper Mesopotamia (Assyria ) founding the cities of Nineveh , Rehoboth , Cala and Resen ( Gen.10.8 -12 ) [1]

The sequence of the story seem to indicate that when the Empire was said , the construction of the Tower of Babel was decided , as is the Bible tells us :

4 And they said, " Let us build a city with a tower that reaches to the sky. Thus we may make a name , lest we be scattered throughout the land . " Gen.11.4 NIV .
Scripture does not give more information than the materials used: baked adobe bricks and asphalt as mortar (Gen. 11.3).

Josephus says of the Tower of Babel [ 2]:
And they raised the tower worked without pause or break, as were many intervening arms began to rise rapidly, more rapidly than would be expected . But it was so thick and so strong , that by its great height seemed less than what it was . It was built of baked bricks , joined with bitumen to not pass water. When God saw work like crazy decided not to destroy them completely because they had not learned anything from the previous destruction of sinners provoked , however , confusion cot making them shall speak different languages ​​so they will not understand each other. The place where they built the tower is called Babylon, by the confusion of tongues , because in Hebrew babel means confusion .
Antiquities of the Jews, Josephus, 4.3.

In Gen. 11.5 7 the Bible says God confused their languages ​​so that no longer can agree . As a result the work was interrupted and dispersed Nations ( each by language):

Imagine the scene : An innumerable army of men working together in a company of national character , when suddenly something happens on natural and could no longer communicate or agree . They could not stay together , because their interests had changed and there arises a conflict : Surely everyone would want to stay in what they understood was " Your Place" : "The strong interest strongly defend " .

Although the Bible does not say anything about it and have not found another source of information , it is reasonable to think that having the control and dominion over the kingdom of Babel must have been defined by a fierce and ferocious battle. According to the distribution of the tribes is inferred that the Semites won the right to stay .

The Bible contains wonderful stories. The meaning of this Blog is to read them excited to Pc . When you do, God will speak to their hearts and bring them blessing.