Study. The descendants of Japheth in Pakistan, Afghanistan and India. By Fabian Massa.

This is an excerpt from the book "From Eden to the Nations"  by Adrian Pablos & Fabian Massa. 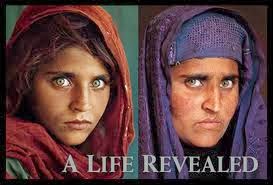 Scientists believe that the region of Iran near the Caspian Sea was home to the 3000 BC a hypothetical village which they called protoindoiranio . They also argue that the protoindoiranios were the ancestors of the Indo-Aryans ( Indo-Iranians basically ) that have invaded the north of the Indian subcontinent , mainly what is now Pakistan , Afghanistan and from there have fallen into northern India in successive waves between 1,700 and 1,300 BC

The belief that this migration actually existed is supported by linguistic evidence , data from the Vedic religion , animal husbandry techniques , culture techniques and technology of cars.

These waves of invading Indo-European tribes penetrated the region of Pakistan and India where Indus Valley Culture was established , displacing its ancient inhabitants south. These Aryan people imposed their culture and religion by force of arms , giving rise to the present Indian culture . The Indo -Iranians (called " Indo- Aryans " normally ) spoke Sanskrit , the oldest known Indo-European language , (saves much resemblance to the Lithuanian ) and today is the sacred language of India .

In the Rigveda , the sacred book of Hinduism , the glorious epic of the conquest of India by the Indo-Aryans is narrated, and hero whose god was Indra ( the equivalent of the Greek Zeus , the Roman Jupiter, the Germanic Thor, Perun the Slavic or Celtic Taranis ) .

"With her ​​blonde friends, Indra conquers the country ," reads a hymn of the Rigveda . 's Indo- Aryans despised the native population of the country for being dark-skinned , broad face and her ear nasty language.

The Nadi anthem - stuti ( praise the river) in the Rig Veda, sings the praises of the Sarasvati River and although the composition of this sacred book is after 1,300 BC the geological history of this river which tells the hymn goes back to before 10,000 . C. [1 ]

We agree that studies by scholars today no doubt that the Indo-Aryans , descendants of a hypothetical town called protoindoiranios scientists could be direct descendants of Japheth , who as we have seen in previous post were scattered Anatolia, the Mediterranean Islands , Continental Greece , Anatolia , Iran , south Eastern Europe ( Ukraine, Russia , Albania , Belarus) and from there went to the Indian subcontinent , printing such a deep impression on their religion , language and culture still remain valid .