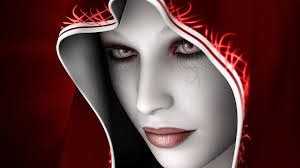 Week 70 shares with us : The false prophets , witches and statements of power.

In Chapter XIII of the book of Ezekiel , has harsh word of the Lord against two types of characters abounded much in his time :

What links the false shepherds and the witches , if a serve God and others to Satan? Because the prophets Ezekiel talking here prophesied his own heart and God did not tell them anything. When a person does this , he is making " Wizardry " .

17 " Now you, son of man , take on these women of your people who prophesy their own imagination . Denúncialas ! Warn 18 Thus says the Lord GOD : "Woe to those who make objects of sorcery and witchcraft to trap people ! Did they think they can catch life of my people and save his own skin ? 19 You have profaned me before my people for a handful of barley and some breadcrumbs. By the lies they tell , and my people believe , it kills those who should not die and leave alive those who do not deserve to live .

In those days , the people of the land went to the witches and guess when they had difficulties. These witches lived than charging people for their " spiritual works " which were very effective :

By the lies they tell , and my people believe , it kills those who should not die jobs death, this is what is known today as " Alta Magia Negra " witches killed their victims through sorcery and similar jobs equally effective to those who today do voodoo witches .
And left alive who does not deserve to live . work to bring " health " of the sick. The basis of all spiritual work ( good or bad) is prayer and the statement sometimes made ​​about representations and designs and sometimes only declare reached. A statement can be good ( ie blessing = good) or bad ( curse) Many were ill because of their own wickedness : Jealousy , envy , bitterness , hatred , resentment , unforgiveness ... but instead of seeking God and repent of all those things was easier recourse to the witch, who for some money would make a "work of witchcraft " to heal that person. What the person did not know was that I was agreeing with Hell itself and would have to pay that " easy health " with his soul.
NOTE: It is important to understand that is not the effect of making it work good or bad to it. Witches were healing the sick, it apparently looks good but is bad because they were doing spiritual work outside the will of God. When a pastor or prophet declares congregations or people on things that God commanded him , is doing witchcraft ( although sometimes the results are apparently "good" )

20"Therefore thus says the Lord God: I am against their sorceries, with which you ensnare people I like birds. But I will deliver you from their magical powers , and let fly. 21 I will rescue my people from these spells, to stop them from falling prey into their hands. So know that I am the Lord . 22 Because you have disheartened the righteous with your lies, but I have afflicted. They encouraged the wicked not to turn from their ways and be saved . 23 So again no longer have false visions or practice divination . I will rescue my people from the power of you , so know that I am the Lord . "

The Lord is against all these practices , and also left this word to let everyone know that by going to the witches and fortune-tellers are linking with the Power of Darkness. As children of God , the Lord has given us authority in His Name to cut work all witchcraft, sorcery , enchantment, divination , whether large or small.

Look no advice Darkness, looking out in the Word of God, for it is written , "You shall know the Truth, and the Truth will make you free" ( John 8:32 ) .