Study. The victory of Shem : The Old Akkadian Empire . By Fabian Massa

The Acadians , descendants of Shem .

Research by Adrian Pablos & Fabian Massa , part of the Book " From Eden to the Nations." 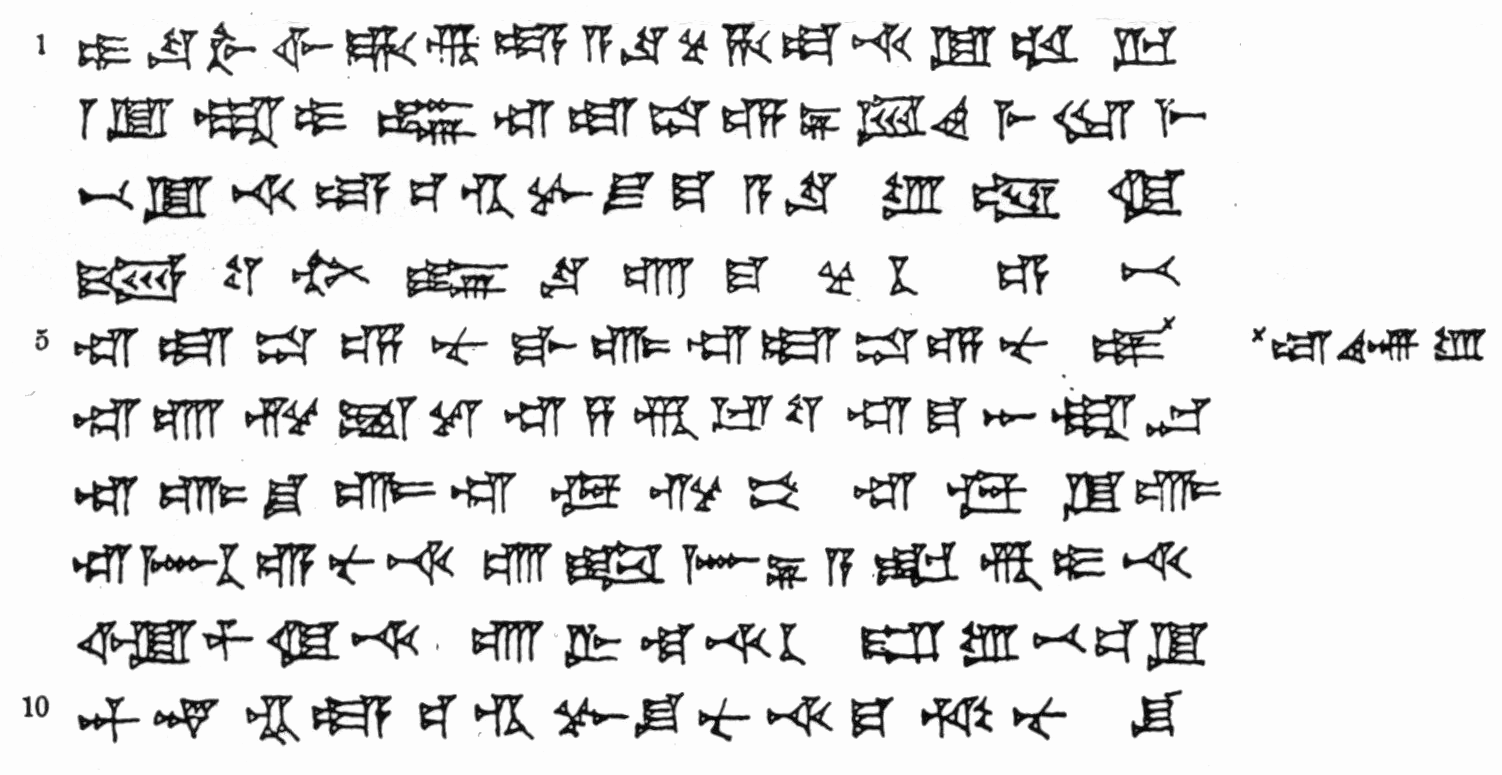 As we saw in the post " Battle of Babel [1 ]" conformed mankind one nation with one language (Genesis 11.1 ) until the Lord broke the confusion of tongues . Each of the tribes given him a different language and we could not agree .

The scattered tribes Japhethites northward basis Anatolia (Turkey ) and from there a branch conquered Mediterranean islands , Greece and Continental Europe [ 2] . Another branch went from Anatolia to the east, taking Armenia, northern and central Iran, Afghanistan and deep into the Indian subcontinent, took Pakistan, Afganistan and northern India , the conquest by the Aryans ( Indo-Iranians ) is related in the Rig Veda . [3]


The Camitas took Palestine and spread south to Egypt and Africa. Bordering the Arabian Peninsula (which was occupied by Semitic tribes ) were introduced in India to the south. I have not posted anything of these notes, but will be on the web soon.

Who were the winners of the Battle of Babel? Obviously those who stayed with all that territory : The Semites , after the disappearance of the empire of Sumer / Shinar Iraq arises in the Akkadian empire. That is, we are leaving prehistory to enter the story. 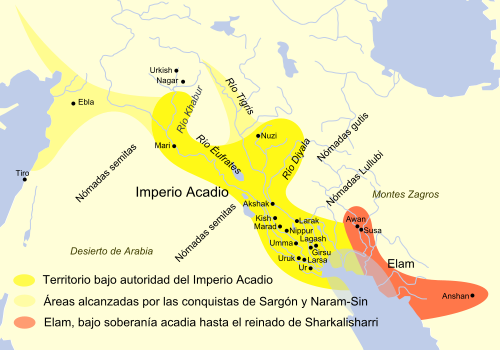 On this map we can see that the territory was first dominated by the Akkadians painted in bright yellow. The Elamites are also Semites , but their language is related to Indo-Iranian tribes ( Persians and Medes ( Aryos ) Indo-European language ) . The Desert of Arabia was populated by tribes of Joktan ( Semitic )

The ancient Semitic-speaking peoples include the inhabitants of Aram , Assyria, Babylon and Syria. Current populations are Semitic languages ​​include Arabs, Jews, Ethiopians , communities of Lebanon , Palestine and northern Iraq. That is, the Semites who were eventually largely remained in the territory of the original kingdom of Babel, after previous battle Dispersion .

Also 21 children born to Shem, the father of all the children of Eber, the brother of Japheth [4 ] .
22 The sons of Shem were Elam , Asshur, Arphaxad , Lud and Aram .
23 And the sons of Aram : Uz , Hul, Gether, and Mash .
24 Arphaxad begat Salah and Heber begat Sala .
25 And unto Eber were born two sons: the name of the one was Peleg , for in his days the earth was divided : and his brother 's name was Joktan .

Elam , today Iranians, Heb . maybe " endless duration " related to the word Olam , " Eternal." Son of Shem , ancestor of the Elamites ( Genesis 10:22 , 1 Chronicles 1:17). This name is the country in the region of the Zagros Mountains east of Babylon, Susiana or Elimais called by the Greeks. The Medes ( Media ) were neighbors of the Northeast, and Southeast Persians . Its capital was Susa. According to Genesis 10:22 and 1 Chronicles 1:17 the Elamites were descendants of Shem , but their language belongs to asiánico - Armeniod group of languages ​​, some scholars relate Drávias the ( Indo-European ) languages ​​. In the days of Abraham were so powerful that at times controlled parts of Mesopotamia. By that time the Bible , Chedorlaomer king of Elam , and three kings subdued Confederate certain Canaanite kings and Philistines for twelve years and devastated his country twice ( Genesis 14 ) .

Assur , Heb . " black " , perhaps " Hur man ." Son of Shem ( Genesis 10:22) , who descended from the Assyrians. Assur as a country, was situated on the upper Tigris River in Mesopotamia. The name became synonymous with the imperial government of that region , so that later the Babylonians and the Persians (who succeeded the Assyrians as conquerors of the Middle East ) were sometimes called " Assyrians " ( Lamentaciones. 5:6; Ezra 6:22). Assur , now northern Iraq.

Aram Heb . " High [ height, elevation ]" or " illustrious ."
Son of Shem , ancestor of the Arameans (Genesis 10:22, 23 ) Descendants of Aram . Semites perhaps originally inhabited the area that is within the great bend of the Euphrates (northern Mesopotamia ), the land they called Aram- Naham (middle) - ayim (water ) in Hebrew : Mesopotamia (Aram amid water )

Uz Heb . maybe " light soil [ fertile ] ." Eldest son of Aram and grandson of Shem ( Genesis 10:22, 23). In 1 Chronicles 1:17 is said to be "son" of Sem. The word "son " is used here in the sense of " offspring " , as often happens in the Bible. Uz was probably the ancestor of an Aramaic tribal family that gave its name to the " land of Uz " where Job lived , perhaps located southeast of Canaan , bordering the Arabian Peninsula.

Hul Heb . possibly " circle." Second son of Aram (Genesis 10:23, 1 Chronicles 1:17). It was probably , like his brothers , also the ancestral head of an Aramaic which tribe , however , nothing is known.

But Heb . of undetermined significance . Son of Aram (Genesis 10:23) and head of an Aramaic ancestral tribe. Probably because of a mistake of a scribe , 1 Chronicles 1:17 has Meshech instead of Mas , whose name appears elsewhere as a son of Japheth ( Genesis 10:2 ) . Do not know what region inhabited .

Peleg Heb . " division." Son of Eber and ancestor of Abraham (Genesis 11:16-26 ) . Its name referred to that in his time the earth was divided ( 10:25). The division mentioned here is the general dispersion of the descendants of Noah throughout the land , or resulting from the confusion of languages ​​( Gen.11 :7 -9) .

The Descendants of Shem took Mesopotamia, the Arabian Peninsula and Elam to the natural boundary of the Indus River .