Note (Sh ) . The Ark of the Covenant today by Fabian Massa. 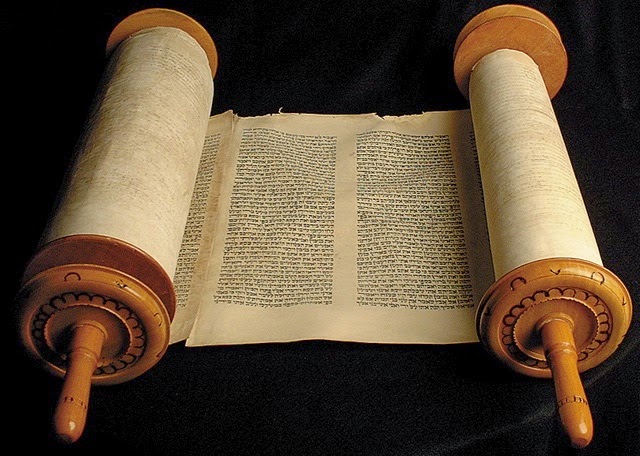 Week 70 shares with us : The Ark of the Covenant today.

1. It is found in the documents that the prophet Jeremiah sent the deportees to take fire as mentioned above ;
Two . and how the prophet after giving them the law, ordered deported not to forget the commandments of the Lord, nor deviate in thought to see idols of gold and silver and galas that enveloped .
Three . Among other things, exhorted them not take the law in their hearts.
April . It was also said in the letter that the prophet, after an oracle, ordered that the tent and the ark, and how it came to the mountain where Moses had gone to look at the inheritance of God.
May . And Jeremiah came and found a cave shaped ; got there the tent and the ark and the altar of incense, and covered the entrance.
6. Some of his companions returned to lead the way , but could not find it .
7. When Jeremiah learned , he rebuked them saying, " This place will be unknown until God gather his people and his mercy .
8. The Lord then disclose these things, and the glory of the Lord and the cloud will appear, as was shown in the time of Moses , when Solomon asked that the place was solemnly consecrated " 2nd Maccabees 2.1-8 Jerusalem Bible .


In the late fall of Jerusalem in 586 BCE by Nebuchadnezzar [1 ] , the entire city was destroyed , collapsed walls and destruction also reached the Temple of Solomon. According to 2 Maccabees 2.1-8 ordered the prophet Jeremiah hide on Mount where Moses beheld the "Promised Land " [2] , ie Mount Nebo in Jordan today against the city of Jericho .

When the British newspaper The Telegraph provided a report by Rabbi Chaim Richman main driver of the Temple Institute in Jerusalem (an organization that has made all the preparations for the rebuilding of the Third Temple , including utensils, clothes, and everything related the ceremonial following the guidelines established in the Bible, and the priests who serve there day and night) Rabbi explained that already have all the things ready for reconstruction. The report that details regarding the Ark , was not a replica , since the Jews have the exact location of where it is hidden .

Said Rabbi Chaim Richman [ 4]: "The Ark is hidden within a mile of here , in manholes , dug in the days of Solomon." The Jews have an unbroken chain of information recorded and transmitted from generation to generation , indicating its exact position. We could dig into the top of the Temple Mount [ Moriah ] , but this area is being controlled by the Muslims. "
The main obstacle to the rebuilding of the Temple is the place where it should be built is currently occupied by the Al- Aqsa Mosque and Dome of the Rock . Destroy the Mosque to build the Temple in place would be a " Declaration of War " for the Islamic World.

Already in 2007 there was a rumor of an impending construction. Week 70 is next. Are we ready ?

[3 ] Richman 54 years old and for many the strongest candidate to be high priest , is responsible for the Temple Institute in Jerusalem.

Dome of the Rock Fabian Massa The Ark of the Covenant the Temple Institute in Jerusalem Week 70 writer .