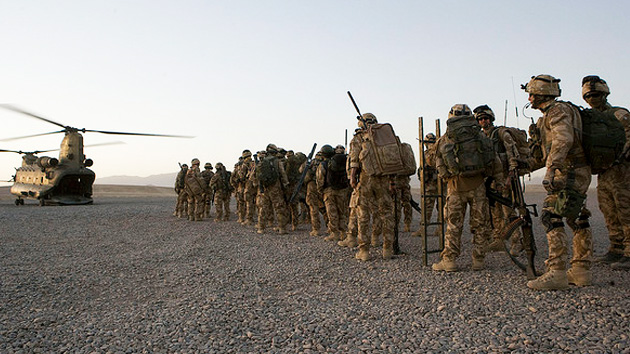 Week 70 shares with us: Rider on a Red Horse is coming to Jordan.

3 When the Lamb opened the second seal, I heard the second living creature call out, "Come!" 4 On that came another horse, bright red. Its rider was given a great sword; was permitted to take peace from the earth and to make people kill each other.

The territory of Iraq is torn by the bellicose action EIIL group (Islamic State of Iraq and the Levant), which now controls a significant part of the country. Three years ago EIIL fight in Syria against the government of Bashar al-Assad. The intent of the jihadist terrorists is to establish a theocratic caliphate ruled by Shaira, EIIL regional boundaries do not recognize and want to restore a vast Sunni Islamic caliphate between the Mediterranean and ancient Mesopotamia. This includes Iraqi territories, Palestinians, Israelis, Syrians, Lebanese and Jordanians.
Jordan is strengthening its defenses at the border with Iraq since the weekend, alarmed by the proximity of the Sunni militias. Unlike the broken and mercenary Iraqi Army, released in fleeing in disarray against jihadist militants, the Jordanian Armed Forces are motivated and well prepared. However, progress has motivated Islamist Sunni radical groups within Jordan itself. There have already been demonstrations and unrest in some areas with Islamist strongholds and enemies of the monarchy, to the south of the country. In the town of Maan, about 200 EIIL supporters took to the streets this weekend to proclaim their support for Islamist militias. In Jordan spreads the fear that radical Islamists have established terrorist cells within its territory, taking advantage of the strong flow of Syrian and Iraqi refugees. It is estimated that already live in the Arab country's 1.3 million Syrians fleeing the war in their country. Suspected Islamist militants have in these groups [1].

The situation is delicate and EIIL realize its objectives, the Middle East end up involved in a war of unpredictable ending.

If we look at a map of the Middle East, we will see that war is surrounding Israel, Syria to the north, Iraq to the east, and if Jordan is contagious, be surrounded almost completely, and would have to fight to not be overrun by Sunni militias.


20 "But when you see Jerusalem surrounded by armies, then know that its desolation is near. Luke 21.20 NIV.

Week 70 is next, the news is dangerously close to the prophecies. Only Christ saves. Are we ready?