News. The Rider of the Red Horse in the Gaza Strip, July 2014. Massa By Fabian. 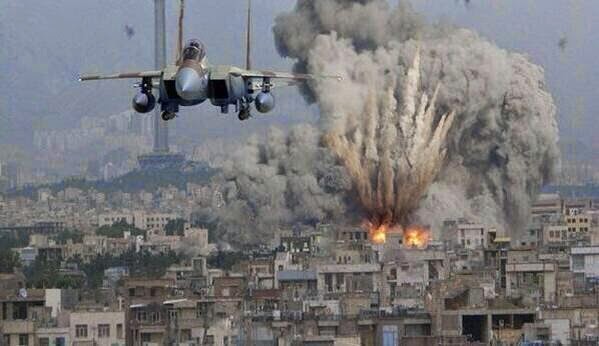 3 When the Lamb opened the second seal, I heard the second living creature call out, "Come!" 4 On that came another horse, bright red. Its rider was given a great sword; was permitted to take peace from the earth and to make people kill each other.

The June 8, 2014, around 18.15hs was held in the Vatican Gardens a meeting between Pope Francis I with Shimon Peres, Abbas and a group of rabbis, Christian religious leaders and prominent magnets, to encourage peace all believing Jews, Muslims and Christians worldwide [1].

Exactly thirty days later, on July 8, 2014, Israel carried out a major air offensive, destroying 430 suspected Hamas facilities in Gaza. The July 9 escalation has already made more than thirty Palestinians dead and over 250 heeridos, while Israel has had no casualties, although Hamas has fired between 08 and the morning of July 9 117 rockets [2] .


Israel has called up 40,000 of its 565,000 reservists [3] for a possible ground invasion of Gaza, which undoubtedly will cause a humanitarian disaster in the impoverished territory by continuous wars.

The whole region is convulsed, a bloody civil war in Syria, a separatist war in Iraq and now Palestine. Besides the threat of Jihadists to Jordan, humanitarian refugee crisis, hunger and misery, because behind the Red Horse always comes hunger, poverty and disease.

You need to be aware of what happens in the Middle East, Israel is the "Prophetic Clock".

Week 70 may begin at any time. Are we ready?

[2] http://www.lanacion.com.ar/1708438-israel-intensifica-los-ataques-sobre-gaza-y-aumenta-el-saldo-de-muertos
[3] With a small permanent active army of 187,000 professional soldiers and career personnel, the Israel Defense Forces is based primarily on its reserves of 565,000 soldiers regularly calls for training and service. When reserves are mobilized in wartime, the army can add up to 752,000 combat soldiers, significant number for a country with only seven million people and whose participation can take between 24 and 72 hours http://es.wikipedia.org / wiki / Fuerzas_de_Defensa_de_Israel