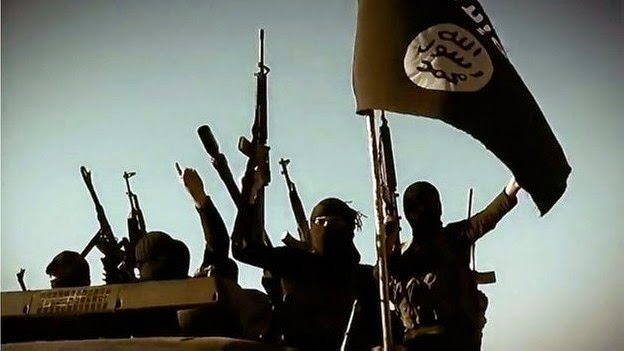 Abu Bakr al Baghdadi new "Caliph" of EI (State Islamic, jihadist movement renamed ISIS) first appeared in video images, taken on Friday, July 4 ("coincidentally", the Independence Day of USA. UU.) in a mosque in Mosul in northern Iraq. In a sermon of just over 15 minutes, urged Muslims to "obey" and he appealed to the "global jihad":
"I am the wali [leader] appointed to direct, but I'm not better than you. If you think I'm right, help me. If you think I'm wrong, guide me in the right direction," said Al-Baghdadi. The video was uploaded to two portals using terrorist group, but it was not possible to verify the identity of the leading independent "[1].


June 5, 2014 the editors of the prestigious BBC World newspaper [2] published a note that makes reading a rare revival of the Caliphate of Abu Bakr's hand to Baghdadi [3] they established a parallel between the first Caliph Abu Bakr as -Siddiq (in power from 632 to 634) and Abu Bakr al Baghdadi. Both have the same name.

Abū Bakr `Abd Allah ibn` Uthmān ibn Abī Quhafa Ka `b al-Qurayshi called Abū Bakr Al-Siddiq
When Prophet Muhammad became ill, he asked his son Abu Bakr as-Siddiq to replace him in leading the prayer of the faithful. When Muhammad died, in 632, followers naturally viewed driving remain in charge of Abu Bakr as-Siddiq who thus became the first Caliph, a position he held until his death in 634. [4]
In its two years of Caliphate Abu Bakr was not much he could do. The territory it governed was small and did not represent a danger to the region. But his successor Caliph Umar (Umar ibn al-Khattab). Omar is out to conquer the Byzantine Empire (Turkey), Persia (Iran) in 638 conquered Syria, Palestine, Egypt and Mesopotamia (Iraq) in 642 [5].
In the 661 and 750 until the Caliphate was in the hands of the Umayyad The Umayyad family was an Arab Caliphate lineage exercised power, first in the East, with its capital in Damascus, then in al-Andalus with its capital in Cordoba (Spain ) [6].
As we can see, during this period the Islamic ruled the entire Arabian Peninsula, Palestine, Jordan, Israel, Lebanon, Iraq, Iran, Syria, Turkey, northern Egypt, all North Africa (Libya, Algeria, and Morocco), Portugal and most of Spain. The following Caliphates extended areas dominated by Islam, on the map below can appreciate:

Thus, although the beginning of Islam Muhammad was parochial and did not seem dangerous to the "International Community" of the time, in 150 years ended conquering part of what had been the Roman Empire and threatened to occupy worldwide known, establishing a New World Order under the banner of the Crescent.
New story.
The real name is Ibrahim Al Baghdadi bin Awad bin Ibrahim al Badri to Radawi to Husseini al Samarra'i, and is believed to be born in the city of Samarra, north of Baghdad, in 1971, writes Al Arabiya, citing a biography written by his followers. According to some sources, his doctorate from the Islamic University in Baghdad (now 'University Iraqi') and was cleric at a mosque in his hometown when the United States invaded Iraq in 2003 [7].

Islam as a religion occupies a very large [8] territory: 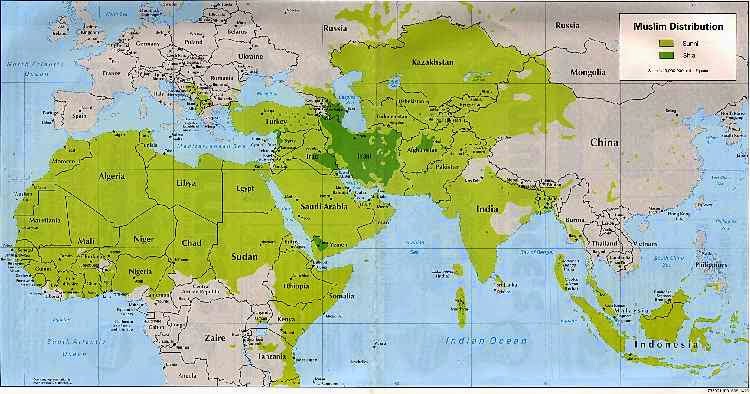 And it is also progressing in Europe [9], taking the place vacated by the Catholic Church and the Protestant.

The analysis of the drafting of the BBC is as follows:

What ISIS is doing is very different from what the early caliphs did, but there are such similarities between the two situations. I also think that when leaders decided ISIS say that Abu Bakr al-Baghdadi is the new Caliph knew what they were doing, what they thought good; I think they are aware of the historical similarities and the potential power of the idea of ​​a caliphate to unite all these various rebel groups.
It is a powerful idea and part of its power comes from its flexibility which has been used in many different ways, and ISIS has no intention of acting as the Ottoman sultans, who tolerated other religious groups in its territory.

World powers today are wondering if it is worth fighting or not Abu Bakr al-Baghdadi, in the same way that once hesitated to do against Abu Bakr as-Siddiq 632.

Will this last "Caliph" who triggered the Great Chaos, scenario necessary for the manifestation of the Great Mahdi [10]?

Week 70 is at the door. Only Christ saves, are we ready?