For nation against nation, and kingdom against kingdom will rise; and there shall be famines, and pestilences, and earthquakes in various places.
Matthew 24.7 RV60 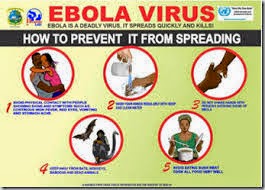 Week 70 shares with us: wars, famines and natural disasters. Signs of the End, Jesus' prophecy

For nation against nation, and kingdom against kingdom will rise;

And there will be famines

Ebola outbreak in Guinea 2014, already attacked Guinea, Liberia and Sierra Leone. In the last days of July has detected a case in Nigeria. It is the most virulent epidemic and it has the record of 672 deaths 7.30.14.

Chikungunya (meaning "disease of the twisted man") put on alert to the Caribbean and Central America, with over 350,000 cases since 2013, when the transfer was recorded in the region. Transmitted by Aedes aegypti and albopictus mosquitoes (dengue thereof) is presented with nonspecific symptoms, which are usually benign, but can leave a heavy legacy of arthralgia and even rheumatoid arthritis among sufferers.

In Saudi Arabia, for the first time doctors began to receive two years of new patients suffering acute respiratory disease whose main symptoms are fever, cough, difficulty breathing and digestive problems. A year later, the causal agent of this box was called Middle East Respiratory Syndrome (MERS) was identified. This is a coronavirus that can be transmitted from person to person. On May 2 this year, the first case was reported to the U.S. imported in a traveler arriving from Saudi Arabia, and nine days later another passenger who came from the same region. No indigenous cases currently in the Arabian Peninsula, the UAE, Qatar, Oman, Jordan, Kuwait, Yemen, Lebanon and Iran, and imported into Great Britain, France, Tunisia, Italy, Malaysia, the Philippines, Greece, Egypt, UAE the United States, the Netherlands and Algeria. According to WHO figures, and attacked 837 individuals and 291 deaths occurred. It was suggested that people infected have contracted the camel.

Famines and earthquakes in various places.

It will be impossible to end extreme poverty and hunger with rapid global warming, plagued by drought, catastrophic flooding and an increasingly unstable climate, activists involved in the negotiations of Sustainable Development Goals (SDGs) said. The United Nations (UN) released a draft of the ODS 17 after 18 months of discussion between more than 60 countries. The ODS is a set of goals and objectives to eradicate extreme poverty and achieve sustainable development. When are defined in 2015 at the end of the eight Millennium Development Goals (MDGs), the ODS will become the itinerary countries for their environmental and socio-economic policies and decisions will continue. "Natural disasters are a major breach of many of the MDG targets reason," said Harjeet Singh of ActionAid International, an international development organization based in Johannesburg. "A big flood or typhoon can delay the development of a region in 20 years," said Singh, international coordinator for disaster risk mitigation at Action Aid. Typhoons are tropical cyclones with greater than 118 km per hour winds. Singh recalled that Typhoon Haiyan killed more than 6000 people and left nearly two million homeless in the Philippines in 2013. Less than a year earlier, in December 2012, the country suffered Typhoon Bopha, which caused more 1 000 deaths and about $ 350 million in damages. In the past two weeks two typhoons affected the Asian country, you might have 20 more storms before the season ends in October. "Natural disasters affect all food security, health, education, infrastructure, etc.. You can not get out of poverty if you have to rebuild your home every two years, "said Singh. The objectives of eliminating poverty or almost anything proposed by ODS "are meaningless without reducing carbon emissions," he said. Carbon emissions produced by burning oil, coal and gas trap heat from the sun. This additional heat energy equal to the daily blast of 400 thousand atomic bombs similar to the one that destroyed the Japanese city of Hiroshima in 1945, 365 days a year, according to James Hansen, a climatologist and former director of the Goddard Institute for Space Studies Administration national Aeronautics and Space USA Now the planet is 0.8 degrees warmer. "Climate change affects all weather because the environment in which they occur is warmer and wetter than it used to be," said Kevin Trenberth, a scientist at the National Center for Atmospheric Research. Climate change does not necessarily cause natural disasters, but there is no doubt that the aggravating *.

Week 70 is about to begin, the signals are output in the news. Are we ready?

* This paragraph was originally published by Journal TRADE at the following address: http://www.elcomercio.com/opinion/desastres-naturales-arrasaran-desarrollo.html.

Prophecies of Jesus. Signs of the End