Reflection. The gift of tongues in Acts and 1 Corinthians 12 By Fabian Massa. 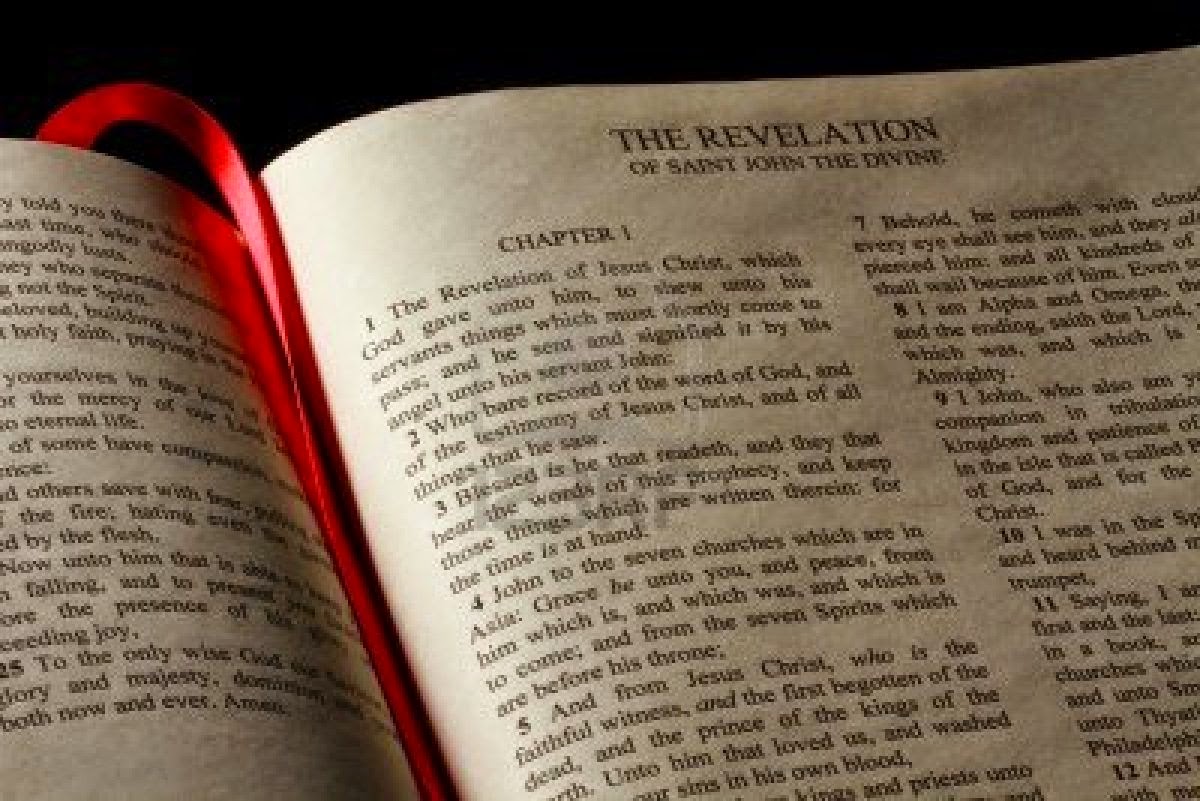 A. The gift of tongues in Acts

The gift of tongues was a portentous sign of the Holy Spirit, which God gave to the Church in its first steps to show their support. In the book of Acts we can see six paths in the Baptism of the Spirit is manifested in the gift of tongues:

On the Day of Pentecost the Holy Spirit descended upon the disciples and they began "speaking in tongues [2], as the Spirit gave them utterance." It speaks of the Jews of the Diaspora and foreigners visiting Jerusalem and witnessed the miracle wonder said: "Are not all these Galileans they are talking about? 8 How is it that each of us hears them in their mother tongue? 9 Parthians, Medes and Elamites; residents of Mesopotamia, Judea and Cappadocia, Pontus and of Asia, 10 Phrygia and Pamphylia, Egypt and the parts of Libya near Cyrene; visitors from Rome; 11 both Jews and proselytes; Cretans and Arabs-we hear them in our own tongues proclaim the wonders of God "(Acts 2.7 -11 NIV).
If the disciples understood what they were saying or not, is not specified. However it is clear that if each of them heard the believers talking in their own language (mother tongue) of "The Wonders of God."

Peter and John had been imprisoned for preaching in the Name of Jesus (Hch.3.1-Hch.4.21) To be free finally met again with his and began to pray, asking God to enable them to preach with boldness and something happened was similar to what happened during the day of Pentecost: "31 After they prayed, the place trembled when they met together; were all filled with the Holy Spirit and spoke the word of God boldly. "Hch.4.31 NIV. While the passage says nothing of speaking in tongues, the issue assumes assumed given the great similarity with the situation in Acts. Two.

After the martyrdom of Were the Church (except the Apostles, who remained in Jerusalem) was dispersed throughout the regions of Judea and Samaria: "4 Those who had been scattered preached the word wherever they went. 5 Philip went down to a city in Samaria and proclaimed the Messiah *. 6 When heard Philip and saw the miraculous signs he did, many people would gather all paid close attention to your message. 7 In many possessed the evil spirits came out screaming, and many paralytics and cripples were healed. 8 And that city was filled with joy. "Acts. 8.4-8 NIV. Here you can see that Philip's preaching was followed by heavy signs and wonders. Many were converted and baptized, including one Simon had been a sorcerer.
When the apostles heard what was happening in Samaria, they sent Peter and John:
"15 When they arrived, they prayed for them that they might receive the Holy Spirit, 16 because the Spirit had not yet come upon any of them; they had simply been baptized in the name of Jesus. 17 Then Peter and John laid hands on them, and they received the Holy Spirit.

Immediately after the martyrdom of Stephen (Hch.7) Saul (Paul) asked letters from the High Priest (Acts 9) to persecute Christians who had fled to Syria. On the road to Damascus, the Lord appeared to him in a vision and Saul becomes. In the process Saul is blinded and your companions introduced into the city of Damascus. The Lord sent Ananias to visit Saul: "17 Ananias departed and entered the house, and putting his hands on him said, Brother Saul, the Lord Jesus who appeared to you on the road by which you came, I sent so you may see again and be filled with the Holy Spirit. 18 And immediately there fell from his eyes something like scales, and he received sight forthwith, and he arose and was baptized. 19 And he took food and was strengthened. It was Saul certain days with the disciples which were at Damascus. Acts. 9.17-19 NIV
In this text and earlier (Acts. 8.14-1-94) is not mentioned that Paul spoke in tongues, but as in the above passage, it could be understood that that was what happened, given the context Gral. Acts.

Peter, because of the command of God will preach to Cornelius, the Roman centurion. And then what happened next: "44 While Peter was still speaking, the Holy Spirit came on all who heard the message. 45 Proponents of the circumcision who had come with Peter were astonished that the gift of the Holy Spirit had been poured out even on the Gentiles, 46 For they heard them speaking in tongues and praising God. Then Peter answered:
47 -perhaps can anyone refuse the water for these to be baptized who have received the Holy Spirit just as we have? Hch.10.44-48 NIV.

Paul traveled through the interior of the province of Asia (modern Turkey) and arriving at Ephesus met some Christians, whom he asked:
2 Did you receive the Holy Spirit when you believed? -Les Asked.
No, we have not even heard of the Holy Spirit 'they said.
3 Then what baptism did you receive?
'The baptism of John.
4 Paul explained:
'The baptism of John was only a baptism of repentance. He told the people to believe in the one coming after him, that is, in Jesus.
5 On hearing this, they were baptized in the name of Jesus. 6 When Paul had laid hands on them, the Holy Spirit came upon them, and they spoke in tongues and prophesied. 7 There were about twelve men. Hch.19-2-7 NIV.
In this passage, as in Acts. 2 and Acts. 10 explicitly relates the baptism of the Spirit and the gift of tongues.

In the first baptisms of the Spirit in the book of Acts, there is a strong relationship between the "Fullness of the Spirit" and the gift of tongues. Possibly because this is a phenomenon that is very obvious and immediate feedback. Of this fact is that the Pentecostal denomination draws its bases. According Pentecostals speaking in tongues is "the ultimate test exclusive, exclusive and" baptism in the Spirit. However, Paul speaks of the gifts and languages ​​in his first letter to the Corinthians, chapter 12.

In the epistle Paul says: "13 For by one Spirit are we all baptized into one body, whether Jews or Greeks, whether slaves or free; and have been all made ​​to drink into one Spirit. "1 Co.12.13 RV60
But here the Apostle explains that the manifestations of the Spirit baptism results in the delivery of different gifts for the specific role each person will within the Body of Christ which is the Church:

Note that speaking in tongues and interpret are last.

Paul says, "28 in the church God has appointed first of all apostles, secondly, prophets; thirdly, teachers; after that miracles; after those gifts of healing, helps others, governments and those who speak different languages​​. "

1 Apostle: The Apostolate generally encompasses all others, such as the Apostle Paul himself opened many Churches, grazing, trained pastors (Timothy and Titus), performed miracles, healings, he served the saints (more than 50% of NT theology is his) and also spoke in tongues.

2 Prophet (Pastors) One task of the pastor is to teach, and campaigns in worship God works miracles through you, healings, one of the characteristics of the good shepherd is the vocation of service. Manages the Church. And depending on the denomination, speaking in tongues.

3 Teachers: Obviously teaches, has a vocation of service marked, as to miracles, gifts of healing and tongues can have them or not.

5 Gift of Health: Instead of having the specific gift of healing are often absent in other types of miracles.

6 Don Service: There are people who specifically has this gift.

7 Don Manage: There are people who specifically has this gift.

8 Gift of Tongues: We see that the languages ​​back to be last.

Obviously there is a big difference between the perspective of the gift of tongues in Acts 1 Corinthians. In the twenty years between the two accounts evidently the situation changed:

About this reality of Acts, Pentecostals take the premise that "If one does not speak in tongues, there was a baptism of the Spirit"

The result of the Spirit baptism or filling of the Spirit is manifested in various gifts necessary for ministry to the Church, of which the language in Paul's lists, is always the last, from which it follows that it is not the most important.

According to Paul, in the same way that not all
they are prophets or teachers, not everyone speaks in tongues, and this does not mean they have not been baptized, but have a different gift.

David, filled with the Holy Spirit nearly 1,000 years before Pentecost says: All your words are true; Your righteous judgments endures forever. NIV Psalm 119,160.

For a full vision of Truth, we take all of Scripture. Otherwise we would be taking "Half Truth": "Media truth or half-truth is a deceptive statement that includes some element of truth. The statement may be partially true, may be totally true but only part of the overall truth, or use a deceptive element, such as improper punctuation, or double meaning, especially if the intent is to deceive, evade, or misrepresent the truth ". [4]

As Son of God, our duty is to talk to the whole truth because only the truth will set us free.

[1] At 50 days of Passover, the Jews celebrated the feast of the seven weeks (Ex 34:22), which originally had agricultural character. It was the feast of the harvest day of rejoicing and thanksgiving (Ex 23:16), where the first of the produce of the land offered. Later, this celebration became memory and commemoration of the covenant of Sinai, held fifty days after the Exodus from Egypt. http://es.wikipedia.org/wiki/Pentecost%C3%A9s
[2] Language: Strong # 1100 γλώσσα Greek glossa, meaning both 'language' - the body - as well as 'language'. According to Genesis 11.1 8 we understand that all languages ​​were given by God.
[3] http://www.tesorosdesabiduria.com/2014/08/reflexion-the-spiritual-gifts-and-las.html; http://www.tesorosdesabiduria.com/2014/08/reflection-spiritual-gifts-and.html
[4] http://es.wikipedia.org/wiki/Media_verdad