Reflection. Myths and Religion versus Truth. By Fabian Massa. 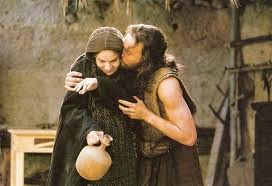 What is a myth?

A myth (Greek μῦθος, mythos, 'narrative', 'story') is a traditional story that relates to prodigious events, featuring supernatural or extraordinary, such as gods, demigods, heroes, monsters or fantastic characters beings [1] .
Different communities have used the Myths basis of belief systems which explain their world, ie their "vision" of the world (reality).
In religions, myths have the function of explaining the creation of the world, the origin of the gods, where legends are part of cultures or origins of certain historical situations are explained. So the myths usually have some real components inside your fantastic profile. Many times if we read myths symbolically, we can discover what those "certain elements" of history.

Religion is a human activity that often spans beliefs and practices on issues of existential, moral and supernatural kind. There are religions that are organized more or less accurate forms, while others have no formal structure; both can be more or less integrated into the cultural traditions of the society in which ethnic or practiced. The term refers to both personal beliefs and practices as collective rituals and teachings. [2]
The word "religion" comes from the Latin religare, which means to reunite, alluding to the spiritual connection between the deity / es and humanity.

The true term is often used to mean the agreement between a statement and the facts or reality to which this statement relates [3].

How then to recognize the Truth concerning God?

According to the definition, between a statement (in the case of religions, by their sacred texts) and the facts, ie real situations and thus measurable, reportable by, such events have been recorded in the annals of history.

How to know if a belief is just a myth or is truth?

The events (ie events that actually occurred) must be announced (prophesied) in advance.
So in order to discover the truth, it is necessary to link the events with prophecy.

26 Who hath declared from the beginning,
that we may know?
Who announced in advance,
that we may say: "I was right"?
Nobody announced or proclaimed;
nobody heard them proclaim a message. NIV Isaiah 41.26.

God asks us to men of all time:

Who of all the gods has announced something in advance?
Which idols have you prophesied them something that really happened then?
Did you. Might give you reason to religions that do not have prophecy?

27 I was the first to say to Zion:
"Look, they're here!"
I was the one sent to Jerusalem
a messenger of good news.

God announces (prophesy) in the Old Testament his coming to bring the good news that is the gospel. [4]

28 I look between them, and no one;
there is none among them that advice,
no one answer me when I ask.
29 All of them are fake!
Their works are nothing;
their idols are but wind and confusion. Isaiah 41.27 - 29 NIV.

God says: I looked between the religions of men, between their gods and their idols and no advice or wisdom, there is no prophecy. They can not announce things to come because they are fake and are useless.

In the Bible, Jesus explains that this is the true meaning of the prophecy:

29 And I have told you now before it happens, so that when it happens you will believe. John 14.29 NIV.

Here I present some studies on prophecies and their fulfillment:

Study. Jesus' death on the cross.

Prophecies of John the Baptist, the messenger of the King of Kings and Lord of Lords.

Prophecies of John the Baptist, the messenger of the King of Kings and Lord of Lords.

The Slaughter of the children of Bethlehem.

Why believe in Christ?

God is looking for men.

The Prophetic Word is what separates the myths and religions of Truth. Jesus said I am the Way, the Truth and the Life. No one comes to the Father but by me. Juan 14.6 NIV.