Study. Who were the giants of Genesis 6 ?. By Fabian Massa. 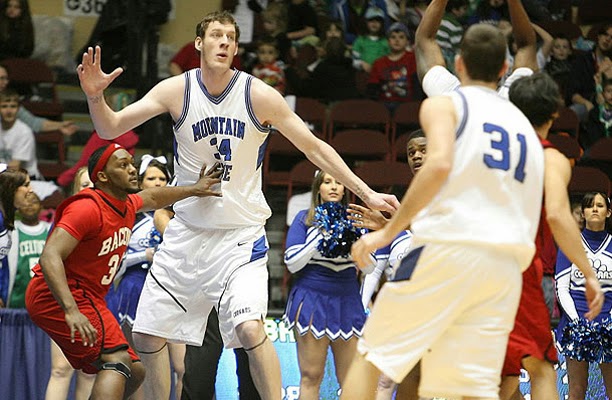 The text of the Torah contains very important information:
1 "The giants were in the earth in those days, and also afterward, when they met the sons of gentlemen to the daughters of man and they bore children to them," Whether it was on Earth people of great physical size before they establish the unions God's children and women.

2 "... The giants were in the earth in those days, and also afterward, when they met the sons of gentlemen to the daughters of man and they bore children to them" In sexual union between God and the children of women born Gigantes.
For scholars who argue that "the sons of God" ("sons of the lords" in the Torah) are Setites, giants were men without "special powers" beyond the great physical strength derived from its sturdy build [1 ].

However, the passage also we can deduce that there are two different types of Giants:
1 The first, (before the sons of God took women) on the left no doubt that were the result of the union of ordinary men and women.
2 The latter, also called Nephilim nephilim or that would be children of the Fallen Angels and daughters of men. These Giants would be responsible for a host of evils and the widespread corruption that brought about the "judgment of God". This race of nephilim would have been extinct in the Flood. This issue we have seen in previous post [2].

In the Bible it says that the first type giant (genetically male) were reborn after the Flood: Canaan, name both the grandson of Noah and the territory which their descendants occupied, is the father of seven Nations Israel [3] would destroy invading the Promised Land by God to Abraham in Genesis chapter 15: 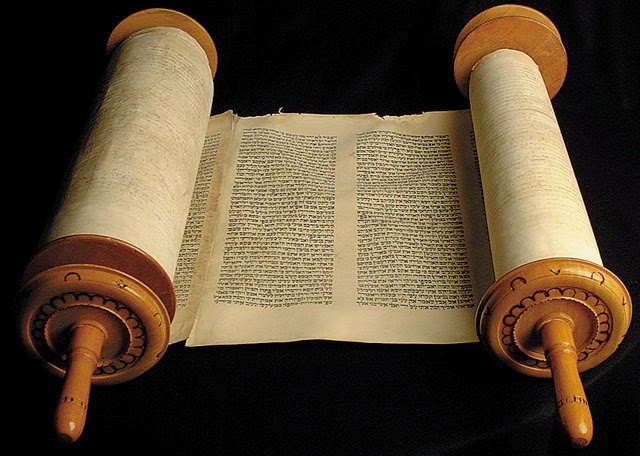 In Numbers 13.32-33 the story of the twelve Israelite spies who went to spy out the land of Canaan, and they gave the report on its inhabitants was narrated:

32 And they spoke ill of the sons of Israel from the land which they had, saying, The land we passed through to search it, is a land that devours its inhabitants; and all the people that we saw in it are men of great stature.
33 there we saw the giants, the sons of Anak, of the giants: and we were in our own sight as grasshoppers; and so we were in them. RV60

According to the account in Deuteronomy 2, the inhabitants of that land were tall and strongly built (probably their average height was significantly higher than the average height of the Israelites) and also between these peoples were some individuals who were even taller and stronger as the Clan of Anak. According to rabbinical tradition, the Anakim (Anakim) Refaim (Rephaim) Gibborim, Zamzummim and Emim (Emim) are of the same race Nephilim, and all are names that are translated "giants" [11]. Let us study town by town:

a. Rephaim: It is spoken of as an ancient Canaanite tribe, who lived in the hills of Judah and the Philistine plain (Hebron, Debir, Anab, Gaza, Gath, Ashdod). Original inhabitants of Canaan, Lebanon and occupy the area of ​​Mount Hermon, separated from the coast north of Syria and Transjordan [12] where they built a chain of fortified towns. They lived in the region later occupied the Moabites and the Ammonites called them Emim the first and the second called them Zamzummim. In the patriarchal age, King Chedorlaomer (Genesis 14.1) and its allies invaded subjugated when Transjordan. In the western part of Palestine, allied and intermarried with the Caphtorim who came from Crete and settled in coastal areas to be known as Philistines and Phoenicians. In the biblical account of Deuteronomy 1.4 (1,400 BC approx.) That "Israel defeated Og king of Bashan," states that after the campaign in different territories, "only Og king of Bashan remained of the remnant of giants . His bed was made of iron, is not in Rabbah of the Ammonites? The length of it is 9 cubits, and the breadth 4 cubits, after the cubit of a man. "Deuteronomy 3.11: Measurements of the iron bed of Og: 4.5m long by 2m wide. The Philistine Goliath would have been Rephaim and was six cubits and a span in height (average about eight feet ten feet), his brother was a giant called Lahmi ("bread" or "of Lahmu"). Some would suggest that built many of the megalithic monuments [13] found in Transjordan, especially the "dolmens" on the tops of mountains. These were tombs made ​​of large stone slabs shaped room, four slabs formed the walls and ceiling. As it has not found a single grave not defiled, and have not been recovered or pieces of pottery utensils of them, do not know who's up or what time these structures were erected. About the megalithic constructions in Transjordan, Jordi Vidal explains in his book "Land of Giants" (page 37): "Transjordan is a region with abundant megalithic [14] monuments (dolmens, cairns, menhirs alignments) erected during the late Chalcolithic [15] / Bronze Age I, though they were reused in later periods. The greatest concentration of megalithic monuments found on the eastern slopes of the Jordan Valley. The monuments extending from the region west of Madaba and Wadi Hisban and other drainage northeast of the Dead Sea to the north, through to ad-Damiyeh Adeimeh above Wadi az-Zarqa '. Again to the north appear in Wadi al-Yabis and hills east of Pella. In addition, there are also monuments east of Gerasa and around modern Ammán46. It was probably meditation Canaanite population on the dimensions of these megalithic monuments and cities with Cyclopean walls [16] abandoned that caused the belief in the existence of an ancient population of giant, now defunct, responsible for those buildings other manner incomprehensible to the inhabitants of the Recent "Bronze. ... AND over cities with Cyclopean walls abandoned This sentence is consistent with the description given in Deuteronomy 1.28 spies: Whither shall we go? Our brethren have discouraged our heart, saying, The people is greater and taller than we, cities great and walled up to heaven; and there we saw the children of Anak. RV 60 The author of "Land of Giants" considers the Bible as a source of information at the same level as other literary and extra-biblical archaeological documents (mainly Babylonian clay tablets); that is, their vision is devoid of any religious belief or faith and his interest is purely scientific. But from his position as a result of his research confirms the existence of the Nephilim, as is claimed by the Scriptures, about the first inhabitants of Canaan were people of large size, among which were some clans that could be considered "giants".

b. Anakim: The name (anak = giant) is explained in the Midrash: Anak, the son of a Rephaim, probably son of Arba, and his sons were SESAS, Aiman​​, and Talmai, the Syrians clan heads. These names speak Aramaic, but its meaning is not clear. The Anakim were defeated by Caleb.

c. Emitas: When Yahweh gives the land of Moab, the sons of Lot, it is said that the land had been inhabited by the Emim, great, great people and big as the Anakim '. Finally the last giants were killed by Sibbechai (one of the "Bravest David"), circa 1000 BC Sam. 21.20:
And there was yet a battle in Gath, where was a man of great stature, who had six fingers on each hand, and twelve feet, all twenty-four; and he also was born to the giant. 2nd Sam. 21.20, RV60.

Today there are still giants like Paul "Tiny" Sturgess, 26, who plays in the league of the NBA Development and buzzes height: the man born in England measured 2.34 meters and plays in Texas Legends.

[1] BIBLE COMMENTARY HISPANOAMERICANO Esteban Voth page 165
[2]: http://www.tesorosdesabiduria.com/2013/03/angels-as-sons-of-god-in-new-testament.html; http://www.tesorosdesabiduria.com/2013/03/los-children-of-God-as-angeles-segun.html; http://www.tesorosdesabiduria.com/2013/03/the-sons-of-god-and-daughters-of-men.html; http://www.tesorosdesabiduria.com/2013/03/los-children-of-God-and-the-girls-of-los.html
[3] Deuteronomy 7.1
[4] Het Gen. 10:15, son of Canaan and grandson of Ham (cf v. 6), it must have been the ancestor of the proto-Hittites who had settled in Asia Minor and were absorbed by the Indo-European Hittites as they entered Anatolia from the northeast .
[5] Tribe of Western Palestine descended from Canaan (Gen. 10:15, 16, 15:21; Dt. 7: 1; Jos 3:10, 24:11, Neh 9:... 8). Nothing is known of this people extrabiblical sources, but the frequent use of personal names as Grgshy, Grgsh Grgshm non vowel and Punic texts (of Carthage), Grgsh no vowel in Ugaritic texts, the cuneiform text Girgishi vocalized Ugaritic, suggests that the Girgashites were closely related to the Phoenicians. Such a finding would be in perfect harmony with Gn. 10:15 and 16, where Sidon is mentioned as the son of Canaan.
[6] Amurru a kingdom inside Syria.
[7] Canaan, son of Ham
[8] Canaanite tribe, before the entry of the Israelites in Canaan, which appears to have occupied a large section of the country, as can be inferred from the frequent references to them in the early books of the Old Testament (Gen. 13: 7, Ex. . 3: 8; Jos 9: 1, etc.)..
[9] Members of one of the tribes descended from Canaan (Gn. 10:17). A Hivites living in the region of Shechem in the patriarchal period (34: 2), and another appears as the political grandfather of Esau (36: 2). At the time of the Israelite conquest of Canaan, the Hivites that dwelt Gibeon (Joshua 9: 1-7). Deceitfully could conclude a pact of friendship with the Hebrews. The Hivites also lived at the foot lace Lebanon mountains, especially next to Mount Hermon (Joshua 11: 3, cf Thu. 3:. 3), and is still found in the region of Phoenicia in the time of David (2 S 24: 7).
[10] Tribe of Western Palestine descended from Canaan (Gen. 10:15, 16;. 15:21). Were the inhabitants of Jerusalem when David conquered the city (Jos 15:.. 8; Thu 19:11); occasionally why Jerusalem is called Jebus (Jos 18:28; Thu 19:10, 11; 1 Cr 11:... 4). The Jebusites continued to live in Jerusalem or elsewhere. Was Jebusite Araunah (or Ornan) the owner was that David bought and later chosen as the site for the temple (2 Sam 24:16, 18, 2 Cr. 3: 1); his name is horeo origin (Hurrian). However, this fact sheds little light on the problem of the Jebusites, unless there is an indication that they may have been a sub-tribe of the Horites. Solomon joined the remnant of the Jebusites 607 in his army of forced labor (1 Kings 9:20).
[11] See Deuteronomy Chapter 2.
[12] Transjordan, whose original name was French Oultrejordain ("beyond the Jordan") was the name used during the Crusades for an extensive region not fully defined east of the Jordan river, known in ancient times area as Edom and Moab. The English also called Transjordan.
[13] The term comes from the mega megaliths, large stone Greek words lithos.
[14] In the appendix there is a note and two illustrative photos, also the links where you can extract more information.
[15] According to science, the Chalcolithic or Copper Age, a period of prehistory located between the Neolithic (New Stone Age) and the Bronze Age.
[16] In Greek mythology, the Cyclops were members of a race of giants with one eye in the middle of the forehead. By analogy a cyclopean work is great.