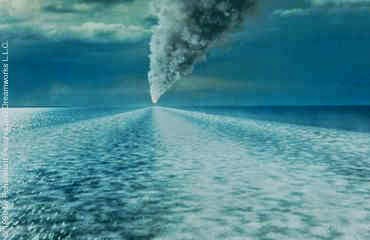 Week 70 shares with us

In the post "Abaddon, Apollyon & Apophis 99942 or The Destroyer" study the prophecy of Revelation 8 The star that falls shall raise a dense cloud of earth material (rock and metal) that affect a third of the planet, contaminating and transforming poisonous in all inland waters. Also the third part of the Earth will be obscured by dust trapped in the upper part of the atmosphere, to the point that will not allow sunlight to pass.

In Revelation 9.1-11 narrates that the prophet in his view, the crater left by the impact shaped demons out lobsters, to which they were ordered to:

4 .... Do not hurt the grass of the earth or any plant or tree, but only those who do not take the front the seal of God. 5 They were not given permission to kill them but only to torture them for five months. His torment is as produced by the bite of a scorpion. 6 During those days people will seek death but will not find it; shall desire to die, but death will flee from them. Revelation 9.4-6 NIV

My interpretation is that the torment will be psychological, people who do not have a relationship with Christ and not understand / believe in prophesying, they will be terrified and dams mortal anguish to the point that seek suicide. 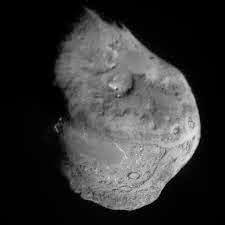 Most people do not believe in the prophecies of Revelation, but in NASA. In December 2004, some observations of Aten type asteroid, called 9994 MN4 temporarily in 2004 now renamed Apophis (Egyptian god of the underworld, his name means destroyer), indicating a relatively high probability of collision with the Earth (from 2.7% ) in the year 2029, however, additional observations helped to improve the calculation of the orbit, showing a remote possibility of an impact with the Earth or the Moon in 2029.

While there is no danger for 2029, estimates of the NASA predict that the orbit of Apophis for 2036 could pass for a "gravity lock" a region very precisely the space of no more than 400 meters in diameter, which would place on a collision course for a future impact on April 13, 2036 Different trajectories calculation systems show that the next date of closest approach will be the April 13, 2036, experts predict that in the event that Apophis will impact the Earth, you would somewhere between a very wide Kamchatka peninsula (Russia) in the region or area of Venezuela. [1]

The May 6, 2006, when the asteroid was at 42 million miles from Earth, NASA astronomers measure your speed again by Arecibo (Puerto Rico). The result was different than expected on 6 millimeters per second. This correction may seem tiny, will eventually be large enough so that the asteroid's trajectory is different from the originally estimated, reducing the risk of impact with Earth. [2]
Despite the denial of impact for 2036, the European Space Agency plans to conduct the Don Quijote mission to Apophis.

Don Quijote involves sending two spacecraft to the asteroid, Sancho the 1st call will be parked in orbit around Apophis and aim the study and monitoring of the asteroid. The 2nd, called Hidalgo would be released after six months and its mission is to impact with the asteroid, with the aim of producing a micro deviation in the angle of its orbit. This deviation, it will get larger over time and is expected to finally make the moment of impact never occurs.

To date, NASA has been the only space agency to carry out a successful mission against a minor impact body. In 2005, the Deep Impact probe collided with comet Tempel 1 to study its nature, yet no attempt at any time change its orbit. Since then, no one has repeated this feat. The European Space Agency plans to Quijote mission and proposed release dates for 2015 [3].

The prophecies of Revelation no longer sound "poetic or fantastic" when transformed by the Space Agencies on maps, simulations and calculations of impact orbits.

Meanwhile, our Anointed Preachers of Prosperity Gospel are announcing that "Great things come, Receive Him, Receive Him, Receive Him" which in a way is true: Apophis is 325 meters and its mass has been estimated at 2.3 × 1010 kg , which gives you enough power to impact directly destroy a third of the planet and seriously threaten life in the rest of the Earth.

Week 70 is about to begin. Are we ready?