Reflection. The "strong and courageous" to "not be weary for nothing" By Fabian Massa 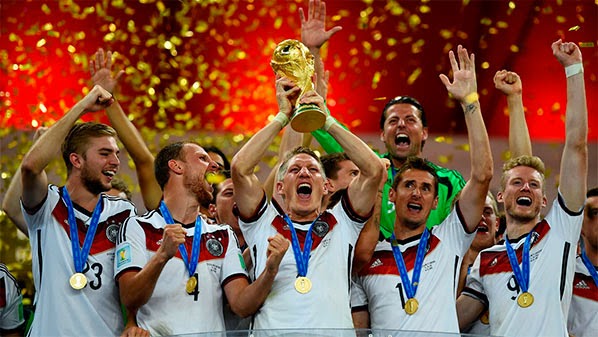 Week 70 shares with us, "the" strong and courageous "to" not be weary for nothing "

This time I want to talk about how you missed the "Culture of Effort" in society, changing it to "The easy way [1]."

All those who humble starting from the same position or have achieved anything in life accomplishments they have achieved through effort, and this is true in all areas. In the book of Joshua 1.6-7 God himself says to Joshua, "Be strong and courageous." However within the Church raw 'Culture of facility. "

In those institutions that have a cell (mostly in Argentina) structure I've seen their leaders pray for the members of his group that "At least read two verses per day [2]" Maybe they did not count that two verses daily it will take 42 years to read it.


In the Bible College where I study, is given to all students served, yet easy, so you do not have to make any effort [3], where the future results pastors and teachers who do not have a preparation that allows them to exercise tomorrow a productive ministry, because how can they teach what they have learned? Not to mention all served to give aspiring to be tomorrow a mission: is to condemn it to failure before 1 Travel.

The culture of effort is the result of logical thinking: Did anyone think to be recorded in a 42.5 km marathon and hope to finish it (let alone win) without knowing the following ?:

· Need, first of all, to have a medical check-up, ie if you are in a position to try.
· Train hard
· Having a program milestones
· Pamper yourself at meals
· No late nights
· Participate in shorter races before
· Invest Money: Buy appropriate equipment (shoes, sportswear), possibly recorded in a club or gym to get tutoring and supplemental training guided by a professional
· Spending time daily training, daily from Monday to Monday, without exception

However, students of the Institute are not asked to read texts that effort this could mean (buy books, or go to the library, or borrow or photocopy the parts they need, etc) then say: "How are we going to ask such a thing, to get in costs or have to make some effort? But do not look that students spend up to $ D1500 to have a cell-edge to fit comfortably to Facebook or terribly strive to go on holiday to where they want. When I have conversations with educators on this topic, I said that "We should not be demanding students must be LOVE and not push them in any way"

Instead centuries the people that want to know achievements will work hard and invest money to achieve your goals, Howard Gardner [4] after studying for her performance extraordinary people noted that they had all worked hard for at least ten years. Lawrence Joe Bird (West Baden, Indiana, born December 7, 1956, former player and former American basketball coach who played 13 seasons in the NBA, all with the Boston Celtics, who won the three championships in 1981, 1984 and 1986) summed it up as follows:

"It's funny, the more you train, the luckier we have."

Love according to the Bible should not be interpreted as giving people what they want but what they need. A future teacher needs to be trained to form. A future pastor needs to know how to motivate the congregation to want to grow in Christ.

Week 70 is about to begin, nothing will be easy. For your preaching many will be saved or lost. Train your people to be victorious.


Mediocrity The law of least effort