Study. Prophecy of the Abomination of Desolation and The Coming of Christ. Part I. By Fabian Massa. 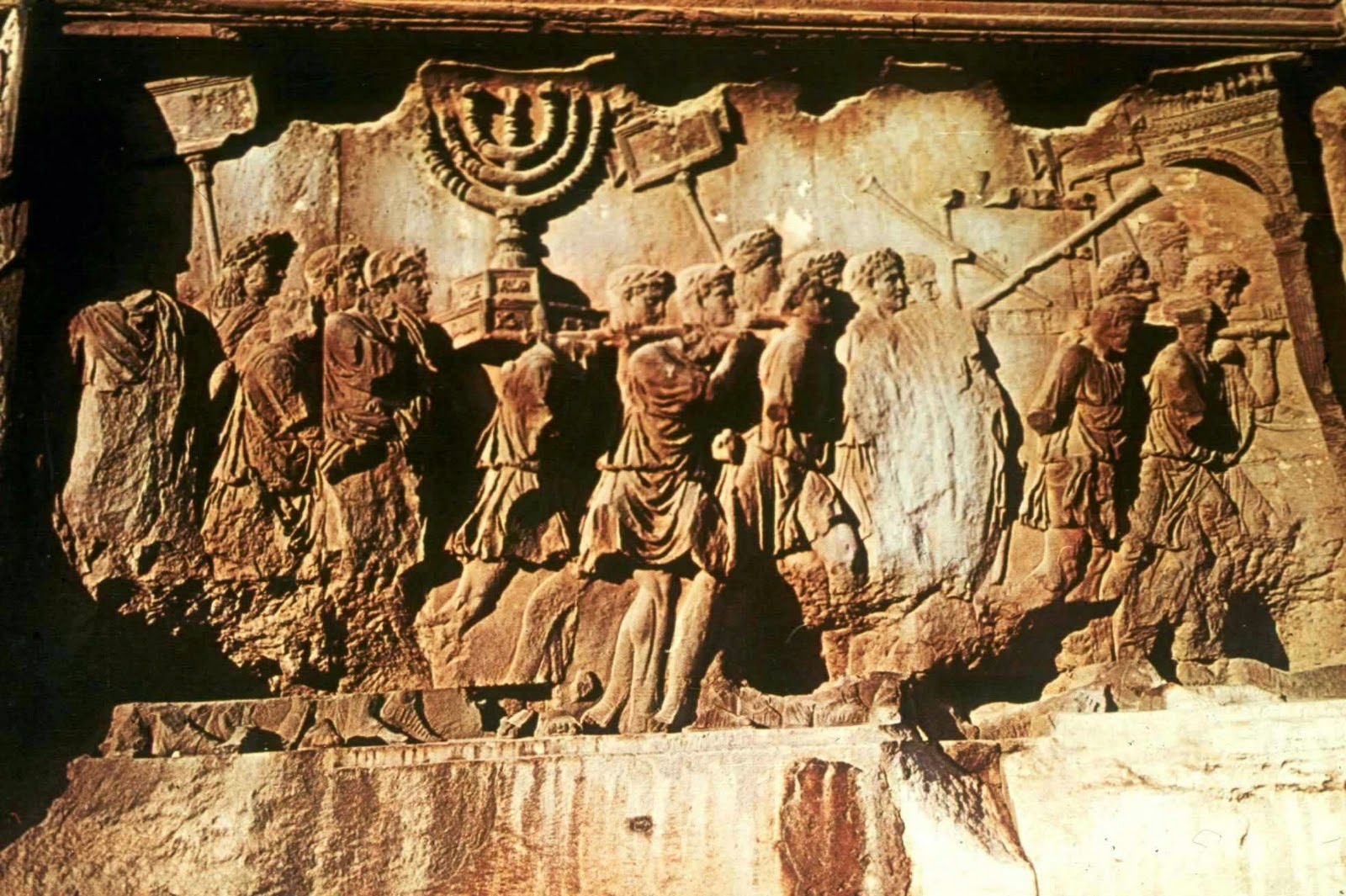 Week 70 shares with us "Abomination of Desolation Prophecy and The Coming of Christ. Part I.

In this first part, we will play the prophecy of the destruction of the Temple and its fulfillment.
Jesus had been teaching the courtyard of the Temple of Jerusalem. When they left, he showed his disciples admired the beautiful buildings of the complex, rebuilt by Herod the Great [1] between 19 BC and 27 A.D. (The works were extended for 46 years, John 2.19).

2 And he said to them:
Do you see this? I tell you not left one stone upon another, that shall not be thrown down.
3 As Jesus was sitting on the Mount of Olives, the disciples came and asked him privately,
When did this happen, and what is the sign of your coming and of the end of the world be? Matthew 24.2-3 NIV

There are two questions in one,

I. When is the destruction of the Temple?
II. What will signal end of the world and of your coming?

I. The Destruction of the Temple and the Abomination of Desolation in 70 AD

Jesus says:
15 "So when you see standing in the holy place 'the abomination that causes desolation,' [a] spoken of by the prophet Daniel (let the reader understand it), 16 which are in Judea flee to the mountains. Matthew 24.16 NIV.

9.20 In Daniel 27 the prophet receives a vision of the 70 weeks [2]. In this prophecy was announced that the Messiah would be killed in Jerusalem around AD 32/33 and after that the city and the Temple would be destroyed. Jesus put it a while to 2nd part of the prophecy as he announced to his disciples that the Temple's destruction happen before it happens that generation, ie no later than 40 years (Matthew 24.34), which actually happened: the story of Matthew 24 is the last year of Jesus' life, approx. 32 or 33 A.D. and the destruction of the Temple in A.D. 70 . at the hands of General Tito, who smothered with fire and sword the Great Jewish Revolt of 66-70 AD

II. What will signal end of the world and of your coming?

About happen when everything advertised, Jesus gives a clue 24.15: "So when you see standing in the holy place 'the abomination of desolation, spoken of by the prophet Daniel (let the reader understand)"
Jesus is he referring to the prophecy of Daniel 9:27, "And the other will confirm a covenant with many; half of the week he shall cause the sacrifice and offering. And on the wing of abominations he shall make it desolate, even until the consummation, and that determined shall be poured upon the desolate "

The prophecy was fulfilled for the first time on the 15th of Kislev (which could be November or December) of 167 BC when Antiochus Epiphanes erected an altar to Jupiter on the altar of burnt offerings in the Jewish temple in Jerusalem. He also sacrificed a pig on the altar in the Temple in Jerusalem. This event is known as "the abomination of desolation." 1 Maccabees 1.54, Jerusalem Bible. Antiochus Epiphanes, in his return to Syria, attacked Jerusalem, killing 80,000 men and took 40,000 prisoners and 40,000 sold as slaves (2 Maccabees 5: 5-14) . Guided by Menelaus, the high priest entered the sanctuary with profanity, he took the gold and silver vessels.  (2 Maccabees 5: 11-27):

11. When they reached the king news of what happened, he concluded that Judea was separated; so he returned to Egypt, raging like a wild beast, took the city by force,
12. and ordered the soldiers to cut down without mercy to those who find and kill those who go up to the roofs of houses.
13. perished young and old; boys were killed, women and children and slaughtered virgins and infants.
14. In just three days 80,000 people died, 40,000 in the fray and others, not less than the number of victims, were sold as slaves.
15. Antiochus, not content with this, he dared to enter the holiest of all the earth temple, taking as a guide to Menelaus, that traitor to the laws and country.
16. With his unclean hands took the sacred vessels and snatched his profane hands the offerings made by other kings to the augmentation and glory and honor of the venue.
17. Antiochus was smug in his thinking, without considering that the Sovereign was irritated for a short time because of the sins of the inhabitants of the city and thus averted his gaze from the site.
18. But not having been swept them for the many sins, the same Antiochus, as Heliodorus envoy by King Seleucus to inspect the Treasury, being beaten upon arrival, would have renounced his boldness.
19. But the Lord has not chosen the nation for the site, but the site for the nation.
20. Therefore, also the same place, after participating in the misfortunes occuring to the nation, has since had a hand in its benefits; and he who had been abandoned in time of wrath of the Almighty, again in time of reconciliation of the great Sovereign, has been restored to all its glory.
21. Thus, Antiochus, leaving the Temple 1,800 talents, soon went to Antioch, thinking in their pride would make the land navigable and viable sea, by the arrogance of your heart.
22. He left also prefects to hurt race: Philip Jerusalem, the Phrygian race, which had most barbarous customs that had appointed him;
23. Mount Gerizim, Andronicus, and besides these Menelaus, surpassing others in evil against their fellow citizens. The king, who harbored feelings toward Jews hate,
24. Send the Misarca Apollonius with an army of 22,000 men, and ordered to slay all who were in the vigor of age, and sold the women and the young.
25. Arrived this and pretending to come to Jerusalem in peace waited until the Sabbath day holy. Taking advantage of the rest of the Jews, sent his troops are equated with weapons
26. and all who came out to see the spectacle, and made them kill invading the city with armed soldiers, brought down a considerable crowd.
27. But Judas, also called Maccabeus, formed a group of about ten and retired to the desert. He carried with peers, in the mountains, living wild animals, not eating more food than herbs, not contaminated by impurities. Jerusalem Bible.

In short, Antiochus entered Jerusalem with a very great slaughter, and desecrated the Temple. Jesus quotes Daniel and the phrase "read Daniel, you understand" is to tell his disciples to fulfill the last part of the prophecy of Daniel 9.27 be similarly: Alien General to come to the Holy City , would with great slaughter, and would outrage the Temple, causing greater than the previous trial. Indeed, Titus destroyed the city and the Temple and the death toll among Jews over a million.