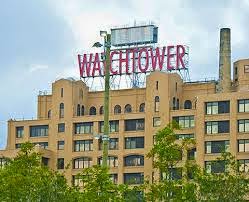 Dedicated to my friend Braulio.

A few days ago, my friend Braulio consult me about the issue of Jehovah's Witnesses, he was impressed by their training, their discipline in the study and neatness with which prepare their themes and exhibits.

However. the arguments of the WATCH TOWER to deny Christ are so flimsy that do not merit an extensive study because not withstand scrutiny. All texts used in this work correspond to the New World Translation of the Holy Scriptures, version 1984 [1].

In [the] beginning + the Word * + was, and the Word was with God, * + and the Word was a god. * + 2 This one was in [the] beginning + with God. + 3 All things came into existence through him, + and apart from him not even one thing came into being. What has come into existence 4 by means of him was life, + and the life was the light + of men. * 5 The light shines in the darkness, + but the darkness has not overpowered.

The following comments are owned by WT and can be viewed at:
http://www.jw.org/es/publicaciones/biblia/nwt/libros/juan/1/

For Jehovah's Witnesses, the Logos (Word) of God, that is Jesus Christ, God is near to Jehovah God. Support this position with an excellent analysis of the Greek, as the · os is mentioned here without the article (ton) tonthe · ng. Thus make a distinction between Jehovah God and God the Son. The problem lies in the verses that follow:

For Jehovah's Witnesses, the Logos of God is only one God, but it turns out that this lower and distinct spiritual being Jehovah is God who created from nothing all things, an attribute only Lord God:

Besides this god is also the giver of Life:

What has come into existence 4 by means of him was life, + and the life was the light + of men. *

Jehovah's Witnesses have tried to take shine to God himself became man in Jesus with the darkness of their reasoning, but they contradict their own musings and stumble in their arguments, since:

5 The light shines in the darkness, + but the darkness has not overpowered.
The widget Witness was taken out of context verse in question to have a pretext to justify their false doctrine. You can not be a witness of the Father to His Son that He Himself sent, as it says your Bible is denied:

22¿Quién is the liar if not he who denies that Jesus is the Christ? + This is the antichrist, + the one who denies the Father and the Son. + 23 Whoever denies the Son has the Father. + The who confesses + the Son has the Father also. + 24 as for you, which you have heard from [the] beginning remains in you. + If what you heard from [the] beginning remains in you, you also continue to union + with the Son and in union with the Father. + New World Translation of the Holy Scriptures, 1984 version