Ten strategies Manipulation of Pastors of Prosperity. By Fabian Massa. 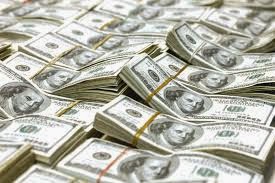 In the syti.net site collects the interesting article by Sylvain Timsit the list of "Ten Strategies for Handling [1]" (incorrectly attributed to Noam Chomsky) through the mass media. These techniques are the same used by pastors and apostles of prosperity to manipulate at will the mass of people of their structure.

1. The strategy of distraction


The primary element of control is the strategy of distraction that is to divert public attention from the crux of the problem, to focus them on the "Resolution" that the Leader proposed. The eternal problem of man is that he is estranged from God and therefore need a Savior. Jesus teaches that we must seek first the kingdom of God and His righteousness and all things that come in addition we need (Matthew 6:33). In the False Teacher will try to fix the mind of the congregation in the material blessings and change the preaching of truth to achieve eternal salvation by the preaching of the Proxy Statement for economic improvements / status / wellness / happiness, keywords more are used by these false prophets are:
I. I decree about your life, then a string of proxy statements, which are obviously the same for the 3,000 / 5,000 or 30,000 people gathered
II. Declare and recieve: Easy as that, if in the Will of God or not, is something that does not matter too much.
III. If you confess and what you think, what you will receive. // Because your faith it will be done This phrase is a reassurance to the preacher, as if their "Powerful Statements" do not work, the blame will parishioner, not faith, so that the sadness of not having received what we thought it would, the guilt of not being "spiritual" and not believe adds "In what God said through his anointed (the pastor, that is)"

2. Create problems and then offer solutions

While in politics a "situation" envisaged is created to cause some reaction in the audience [2], the Mega is isolated from reality to people, messages usually do not contemplate reality, not lead the congregation to recognize the time of fulfillment of the prophecies in the events published in newspapers. Anointed not want people to have an ability to "understand the Scriptures" but they know just what they want you to know.

3. The strategy of gradualism

In politics Mass, to make it accept an unacceptable degree, just apply it gradually, dropper, for consecutive years. In the Mega Churches apply the same strategy, the destructive heresies are introduced subtly. Members who realize and protest are identified, they are subjected to a "treatment adequacy" in order to "understand the Vision of the Anointed, which comes from above" and if the brother still maintains that such a thing is not Bible, states that are in default, having root of bitterness, complaining spirit of murmuring and ostracized him.

4. The strategy of denial

Everything that does not match the "Official Story" in principle is ignored, and in fact it pursues. First it departs from all member activity "Rebelde" trying to "recover" with different types of brainwashing. If the member refuses, it insulates so leave alone.

5. Address the public as creatures of little old

In the mass media or public advertising, speeches, arguments, people and particularly children intonation, often close to the weakness are used, as if the viewer were a little child or a mentally deficient, looking it from the public was given a response devoid of a critical sense (The review is not of God [3]). We are taught to be taken lessons as a child, ie without thinking too much, disrupting the sense that the phrase originally came. Paul clarifies that children should be about bear no malice, but having maturity to think in order not to be deceived (1 Corinthians 1 Corinthians 13.11 and 14.20).

6. Use the emotional aspect much more than the reflection

Make use of the emotion is a classic technique to cause a short circuit on rational analysis, and finally to the critical sense of individuals. Moreover, the use of emotional register opens the door to the unconscious for implantation or grafting ideas, desires, fears and fears, compulsions, or induce behaviors ...

7. Keep the public in ignorance and mediocrity [4]

Do everything possible so that the Congregation is unable to understand the scriptures and anointed Pastor depends for its interpretation. The Messiah is the one who determines that books can be read and taught in the Bible Institute of the Church, which films can be seen that music can be heard, which versions of the Bible are authorized to use. The argument is that the greatest concern of the Anointed is to take care and ensure "security of the sheep." "The quality of education given to the lower social classes must be the poor and mediocre as possible so that the gap of ignorance it plans among the lower classes and upper classes is and remains unattainable for the lower classes ".

8. Encourage the public to be complacent with mediocrity

Promote to be spiritual is to conform to be ignorant. Verse out of context to justify brutally namely:
Who also hath made us able ministers of the new covenant, not of the letter but of the Spirit; for the letter kills, but the spirit giveth life. 2 Corinthians 3.6 RV 60

To convince people who are guilty for thinking, analyzing and raise objections. So, instead of rebelling against the system, the individual autodesvalida and guilt, which creates a depression, one of whose effects is to inhibit its action. And, without action, no revolution!

10. Know individuals better than they know themselves

Thanks to biology, neurobiology and applied psychology, the "system" has enjoyed a sophisticated understanding of human being, both physically and psychologically. The system has gotten better known to the common person than he knows himself. This means that, in most cases, the system has more control and great power on individuals, greater than about themselves individuals.

How not to fall into these traps?
Not content with reading the Word of God, but studying, seeking to understand and obviously perform it. Exit the Mega Church, preached find one where emphasis in Scripture. We must be careful, because times are dangerous.