Study. The Four Letters of Paul to the Corinthians. By Fabian Massa. 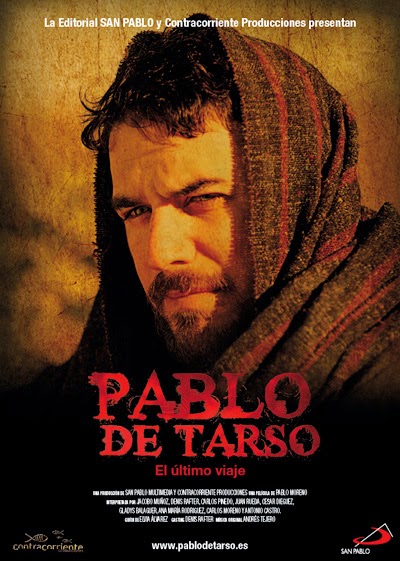 Four letters of Paul to the Corinthians? Why four if the Bible only recorded two? Let's see together why the title of this post:

Paul's letters to the Corinthians were written around AD '57 By studying 1st and 2nd Corinthians is necessary to note that these letters were compiled much later, around the 90s AD They "hide" interesting facts come to light with a careful reading, for example Paul writes:

9. write in my letter not to relacionarais with the impure, 10. I did not mean unclean of this world in general or the greedy thieves or idolaters. If so, you would have to leave the world.
11. No !, I wrote to you not relacionarais who calls himself a brother is impure, greedy, an idolater, ultrajador, drunkard or a swindler. With those and eat! 1 Cor 5.9-11 Jerusalem Bible.


Text is clear that there is a Charter Previous 1 Corinthians, in which Paul announces the theme "No relate brothers who are impure" which is played Co. 2nd of 6.14 to 7.1, so the scholars understand This section could be part of the letter above 1 Co .:
14. unciros not unequally yoked with unbelievers! Well what is the relationship between justice and iniquity? What union between light and darkness?
15. What concord hath Christ with Belial? What participation among the faithful and the unfaithful?
16. What agreement between the temple of God and idols? For we are the temple of the living God; as God hath said, I will dwell among them and walk among them; I will be their God, and they shall be my people.
17. Therefore come out from among them and be separate, says the Lord. Touch no unclean thing, and I will welcome you.
18. I will be a father to you, and ye shall be my sons and daughters, saith the Lord Almighty.
7.1. Therefore, having these promises, beloved ones, cleanse ourselves from every defilement of body and spirit, making holiness in the fear of God. 2 Corinthians 6.14 - 7.1 Jerusalem Bible.

Paul visits Corinth and remains in that city 18 months (Acts 18). Once out of there back to Ephesus (Acts 19) where he writes the 1st Letter Prior to 1st Corinthians (2 Cor 6.14 - 7.1 we have just seen).
The situation is delicate Corinthian church, Paul received this news on a visit that make you at Ephesus those of Chloe (1 Co. 1:11) and a letter he delivered Stephen Fortunato and Achaicus (1 Cor 16.17) with specific questions that Paul responds in 1 Corinthians 7.31: "1 As to what you have written to me ...".

1 Co. She was taken to the addressees by Timothy (1 Co. 4.74). While there are no records of the second visit of Paul to the Corinthians, this course was conducted, as Paul himself states in 2nd Co. 13.1: "For the third time I am coming to you. By the word of two or three witnesses every matter to be closed ", implying that there was a second visit, which necessarily must have occurred after 1 Cor by Paul sent Timothy.

At the second visit, Paul would have suffered abuse by the Corinthians, whose themes are deductible by Severa Charter that both grief caused him to write, which refers in 2nd Co. 2.4: "4 Indeed, I wrote in great affliction and anguish of heart and with many tears, not to grieve, but for you to meet the overwhelming love that especially ye have "This Charter Severa would Chapters 10 to 13 2 Cor Y have been carried Corinthians Titus (2nd Co. 2.13)

The Corinthians react properly to the strong exhortation of Paul and correct its position relative to the Apostle, this news is given to Paul by Tito, who is in Macedonia (2nd Co. 7.5-13). Following this good news, Paul writes the Letter of Reconciliation that would be contained in the first nine chapters of 2nd Co. and desist from them the third visit.

In short:
a. PREVIOUS LETTER TO 1 Cor OF PAUL TO THE CORINTHIANS.
b. ARRIVAL OF NEWS LETTER Cloe and Achaicus (1 Cor 1.11 and 16.17) IN RESPONSE TO WRITE THIS PABLO 1 Cor
c. PAUL'S SECOND VISIT TO CORINTHIANS, THE SITUATION WORSE
d. PAUL WRITE "LETTER SEVERE" CHAPTERS 10 TO 13 OF 2 Co.
e. THE CORINTHIANS SE edit and then LES PAUL WRITES THE LETTER OF RECONCILIATION, 2 Co. 1 TO 9

Thus I conclude that there were at least four apostolic letters of Paul to the Corinthians, really.