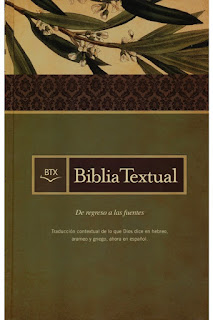 A. Living in Grace.

Let's review some 12 reasons for this statement:

1. The sacrificial system was flawed because it did not remove sin's power over man, because this was to be sacrificed for the mistakes again and again. The perfect sacrifice of the Lamb of God (once and forever) made everything else becomes unnecessary and useless sacrifice. (Hebrews 10.1)
2. The Priesthood after the Order of Aaron had no reason to exist without the sacrifices.
3. The Priesthood of Aaron was flawed, because the high priest committed sins (hence should first sacrifice of atonement for himself (Lev. 16.6). But Jesus as High Priest was sinless (Hebrews 4:15)


4. The Temple had no reason to exist without priests nor sacrifices without the Shekinah Glory Tabernacle was now in the heart of every believer.
5. The ritual of sanctification, purification and fasting washings were no longer relevant because now holiness and righteousness by faith in the work of Christ is reached.
6. The Service of the Levites no sense either, and even less after the destruction of the Temple in '70 by General. Tito.
7. The "nonsense" of the Temple and everything in it (sacrifices and liturgies) was practiced, also he cleared the way to the service of the Levites, and the priesthood.
8. If the service and function of the Levites have no reason to be, not make more sense tithing, that the Law had been instituted in order to support them financially, as for serving the Temple could not work or They had inheritance among the tribes of Israel (Numbers 18.23, 24). In the NT the church has a responsibility to support the church with their gifts (1 Co. 16.2).
9. Christ was a change of law. Hebrews 7.11
10. Christ was a change of tribe (Judah Levi). Hebrews 7.12
11. Christ was a change of priesthood, according to the order of Melchizedek instead of Aaron. Hebrews 7.15.
12. Christ brings a change of mind, a true spiritual revolution, ushering in the Dispensation of Grace.

Lewis Chafer says, "The dispensation of grace begins just in Acts 2 and continues through the New Testament, culminating with the rapture of the church. Scripture relating to this dispensation extend from Acts 1 to Revelation 3 ".

The "Dispensation of Grace" is for the Church, and one last opportunity for unbelievers to "belong to the Body of Christ." Salvation is attained by faith, there are several texts that declare this truth, here we cite two:

Ro. 1:16 16 For I am not ashamed of the gospel, it is the power of God for salvation to everyone who believes; to the Jew first, and also to the Greek.
Ro. 3: 22-28 22 the righteousness of God through faith in Jesus Christ to all who believe in him. There is no difference, 23 for all have sinned and come short of the glory of God, 24 being justified freely by his grace through the redemption that is in Christ Jesus, 25 whom God set forth as a propitiation through faith in his blood, to declare his righteousness, because of being overlooked, in his patience, past sins, 26 to demonstrate at this time his righteousness: that he might be just, and the justifier which is of the faith of Jesus. 27¿Dónde, then, is boasting? It is excluded. By what law? Why the works? No, but by the law of faith. 28 Therefore we conclude that a man is justified by faith without the deeds of the law.

To live in Grace must learn to live "like god":
Ro. 12: 1-2 1 Therefore, brethren, by the mercies of God, to present your bodies a living, holy and pleasing sacrifice to God, which is your reasonable service. 2 And be not conformed to this world: but be ye transformed by the renewing of your mind, that ye may prove what is the will of God, pleasing and perfect.

The "Renewing our understanding" it is based on knowing and practicing the Word of God. To believe in Christ and obey his commandments is an inconsistency. In this regard Jesus says:
15 "If you love me, you keep my commandments. John 14:15 NIV
He who loves me will obey my word, and my Father will love him, and make our home with him. 24 Whoever does not love me will not obey my words. John 14:23 - 24 NIV

Lewis Chafer had noticed in his day that the Church was failing to live up to the standard of holiness that requires grace, which is basically to show in the works (the daily life, the fruits) faith. In fact the same Jesus prophesied in Matthew 24.9 -14 and parallel:
9 "Then they deliver you up to tribulation and kill them, and hated by all nations because of my name. 10 At that time many will turn away from the faith; They will betray one another and hate one another;

Apostasy within the Church because of persecution (tribulation) that will be submitted.
11 and emerge many false prophets will appear and deceive many.
False teachers abound, the antidote to their false doctrines is the study of the Scriptures thoroughly.
12 There will be wickedness, the love of many will grow cold, 13 but the one who endures to the end will be saved.
To be saved is necessary to "stand firm in the True Faith"
14 And this gospel of the kingdom shall be preached throughout the world for a witness unto all nations; and then shall the end come. This gospel, this news of an approaching judgment of God upon humanity and the need to use the grace for salvation. This involves preaching a gospel of repentance and not of Prosperity.

Pedro says:
1 But there were also false prophets among the people, as there shall be false teachers among you, who will secretly introduce destructive heresies, even denying the Lord that bought them, and bring upon themselves swift destruction. 2 And many will follow their destructive ways, because of whom the way of truth shall be evil spoken of, 3 And through covetousness they will exploit you with deceptive words. On such a long time because of the condemnation it is not idle, and their destruction does not slumber. 4 For if God spared not the angels that sinned, but cast them down to hell and delivered them into chains of darkness, to be reserved for judgment; 5 and he did not spare the ancient world, but preserved Noah, a preacher of righteousness, with seven others, bringing the flood upon the world of the ungodly; 6 and if he condemned by destruction the cities of Sodom and Gomorrah into ashes, making them an example to those who afterward would live ungodly; 7 and delivered righteous Lot, vexed with the filthy conversation of the malvados8 (For that righteous dwelling among them, he tormented his righteous soul day by seeing and hearing their lawless deeds) 9 The Lord knoweth how to deliver the godly out of temptations, and to reserve the unjust under punishment for the day of judgment; 10 and especially those who, following the flesh in the lust of uncleanness, and despise government. Daring, self-willed and not afraid to speak evil of dignities, 11mientras than the angels, who are greater in strength and power, bring not railing accusation against them before the Lord. 12 But these, speaking evil of things they do not understand, as brute beasts, made to be taken and destroyed, perish in their own corruption, 13 receiving the wages of unrighteousness, as they have it pleasure to carouse in the day. These are spots and blemishes, who while they feast with you, reveling in their errors. 14 Having eyes full of adultery, not cease from sin, enticing unstable souls, having a heart trained in greed, and are accursed children. 15 they are forsaking the right way and gone astray, following the way of Balaam son of Beor, who loved the wages of unrighteousness, 16 but he was rebuked for his iniquity; thus a dumb ass, speaking with man's voice forbad the madness of the prophet. 17 These are wells without water, clouds driven by a storm; for which the blackness of darkness is reserved for ever. 18 For speaking swelling words of vanity, they allure through the lusts of the flesh and wantonness, those that were clean escaped from them who live in error. 19 promising them freedom, they themselves are slaves of corruption. For he that is overcome, he is made slave who beat him. 20 For if after they have escaped the pollutions of the world through the knowledge of the Lord and Saviour Jesus Christ, again entangled in them and are overcome, the latter end is worse than the first. 21 For it had been better for them not to have known the way of righteousness, than after they have known it, to turn from the holy commandment delivered to them. 22 But it is happened unto them according to the true proverb, The dog returns to its vomit, and the sow that was washed to her wallowing in the mire. 2P. 2: 1-22 RV60

According to the prophecy of Jesus in Matthew 24 and parallel texts, the sequence of the "End Times" will be:
to. Beginnings of sorrows: Matthew 24.3 - 8

b. Persecution of the Church: Matthew 24.9; cf. Revelation 13.7 (7 You will also be allowed to make war on the saints and to overcome them, and he was given authority over every tribe, people, language and nation) The unbelievers will not suffer persecution because they agree at all with the New World Order to impose the rule of the Antichrist (8 A worship the beast all the inhabitants of the earth whose names have not been written in the book of life, the book of the Lamb that was slain from the creation of the world. Revelation 13.8 NIV )

c. a remnant shall be saved: 13 but he who stands firm to the end will be saved. Matthew 24.13. This text refers to the Church, will not be saved everyone, but those who stand firm in trouble (9 Whoever has ears, let him hear. 10 need to be taken captive, to captivity he will go. If anyone is dying sword, die by the sword. This calls perseverance and faithfulness of the saints Revelation 13.9-10). The winners will be those who will not deny Christ (apostasy) to avoid prison and death.

d. The outburst ends the tribulation of the Church: Jesus says, "29" Immediately after the tribulation of those days "'the sun will be darkened and the moon will not shine; the stars will fall from heaven and the heavenly bodies will be shaken. " 30 'The sign of the Son of Man will appear in heaven, and all the races of the earth will mourn. They see the Son of man coming in the clouds of heaven with power and great glory. 31 And the sound of a great trumpet will send his angels and gather from the four winds the elect from one end of heaven to the other.

e. The day of the rapture is for redemption of the Church and the beginning of the Wrath of God for the world: 1 "Look, the day is coming, burning like an oven. All the arrogant and every evildoer will be stubble, and that day turn on them until they fire without root nor branch, says the Lord of hosts. 2 But to you who fear my name, the sun of righteousness will rise with healing in its rays. And you will go out and leap like calves fed. 3 In the day that I shall do you tread down the wicked, and under his feet shall be ashes says the Lord Almighty. Malachi 4.1 - 3 (NIV)

We are in a time of grace, not waste this great opportunity. And all was announced and Daniel's 70th Week is about to begin. You need to be part of the Church walking in the truth.