Note. Dead who does not study, Dead who graduates. By Fabian Massa. 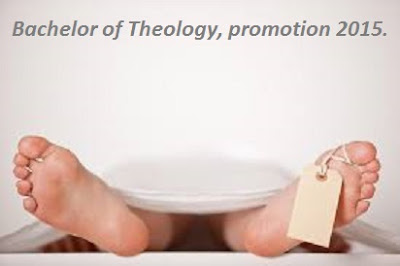 "It was the last test of Forensic Medicine. The candidate Anibal Gordon was performing an autopsy in the presence of their teachers. After the operation, which went very well finished, the Examining Board approved the work of Gordon and the Dead, declaring both Received Coroners. Gordon jumped for joy, while the Dead, more formal, kept a stiff composure "

Both the "dead" as the autopsy Funeral they did absolutely nothing to deserve a title. Worldwide, the death is not received, but at the Institutes of the Assemblies of God does.

Week 70 is about to begin. You need to reformulate educational programs.