Reflection. Persecution in Action: "He asked religion and then shot them." By Fabian Massa. 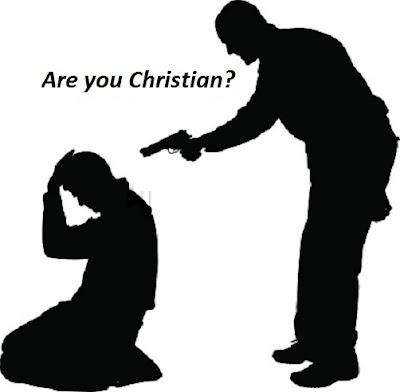 Thursday 01 / Oct / 2015 a person entered the Umpqua Community College in Roseburg (Oregon, USA), where 10 people were killed and seven others were injured, the identity of the shooter was learned. This is Harper Chris Mercer, a student of 26 years.


Kortney Moore, 18, was in his writing class in room Snyder when shot through a window. Then he saw his teacher had been shot in the head.

Seconds later, the attacker had entered the room, when he ordered everyone to lie on the ground. Then he began ordering some who stand up and asked them to say what religion they belonged; there started shooting, Moore said. She said she spent the whole time lying on the floor next to other people who had been shot [1].

Week 70 is about to begin. Middle East massacre whole Christian communities, there are also foci in Nigeria, Somalia, Pakistan and India. Murders in the US and attacks in various parts of the world, carried out mostly by ultra-Islamic extremists.
At any time it can happen to any of us. We are ready? Do we have everything in order with God?