+ Study. Presentation of children in the Evangelical Church. Fundamentals of the ceremony. By Fabian Massa. 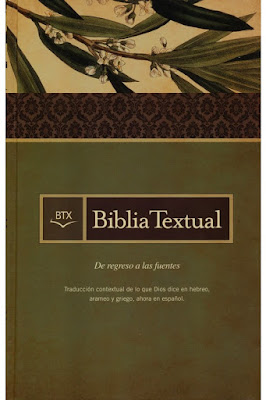 Different aspects of the ceremony

The ceremony can be seen in several aspects, of which those cited below are the most important:

The biblical text is based on the same numbers 6.23-27 which is entitled The priestly blessing:
22 Yahweh spoke to Moses, saying:
23 Speak to Aaron and his sons, saying, Thus you shall bless the children of Israel, saying,
24 YHVH bless you and keep you;
25 Yahweh make his face shine upon you and be gracious to you;
26 YHVH turn his face and give you peace.
27 And they shall put my name upon the children of Israel, and I will bless them. Numbers 6.22-27 Textual Bible.

The theme of the blessing of children is a desire and a mandate from the Lord. The priest was determined by their willingness to declare His holy name upon the children of the People instrument. The Lord very solemnly ordered this ceremony as a corollary of the daily service (this is the reason why the ceremony usually takes place today at the end of the Cult). In light of the New Testament, we can now interpret:
The repetition of the name "YHVH" three times, expresses the great mystery of Divinity three people plus one God.
The expressions on the various clauses correspond to the three offices: Father, of "bless and keep us"; Son, to show grace; and the Holy Spirit to "give us peace."
And because the blessing uttered by the lips of a human being, derived its virtue, not from the priest but from God, the encouraging safety was added: "And I will bless them" [1].

Unlike the baptism of children, dating from the first and second centuries of the church, the truth is there is not much historical documentation of this practice in the early Church. It appears to be a recent innovation in the church; perhaps from the early twentieth century.

During the Protestant Reformation in the sixteenth century the practice of baptizing infants rose. Because the baptism from the biblical point of view, has always been practiced by adults because:

to. John's baptism involves repentance, the evangelistic message of John, which was continued by Jesus, is a call to repentance (Matthew 3.2, Matthew 4.17; Mark 1:15.
b. Baptism in the Early Church: Pedro in his first two speeches invites to repentance in baptism in the Name of Jesus, Acts 2:38; Acts 3.19

And b it follows that only a person who can discern the good from the bad and want to choose between them is qualified to be baptized, which babies can not do, for obvious reasons.

Some groups began to 'rename' adults who had been baptized as infants, they were known as the 'Anabaptists' (re-bautizantes) and are the parents of the modern Baptists and those who baptize adults only, or those mature enough as to understand and accept the gospel.

Obviously they stopped when churches baptize children, entered a difficulty about what to do with young children of Christians. Perhaps to remedy the situation and give some comfort to parents, these churches began to practice 'dedications of babies' godparents or witnesses present where it had to give their vote and consent to lift the little ones in the Christian faith. In this ceremony the pastor says a prayer for the baby and 'dedicated' to God. In some cases you put olive oil on the baby's forehead. In short, it is everything that is done when a baby was baptized but without going through the water.

The presentation or dedication of children has strong backing in Num. 6.22-27, as we study and has previously directed against the New Testament.

Jesus said:
16 But Jesus called the children and said, "Let the children come to me, and do not hinder them, for the kingdom of God belongs to such as these"
AMP Luke 18.16.

The act of presenting children have biblical support, but not a neo testamentary mandate. The practice has a long history in the People of God, and in Numbers 6.22 27 The Lord expressly tells Moses that priests should impart a blessing on his behalf to the children:

22 The Lord spoke to Moses: 23 "Tell Aaron and his sons to impart the blessing the Israelites with these words:
24 "'The Lord bless you

and keep you;
25 The Lord look upon you liking
and you extend your love;
26 The Lord lift up his behalf
peace "

27 "So they put my name upon the Israelites, and I will bless them." Num. 6.22-27 NIV.
The order of the Lord allows us to see that for him the issue is important, and how he changes not understand that for us must also be important in this Dispensation of Grace.
Given that children presenting guests usually come unbelieving family, it is good that the message is meaningful ceremony for the blessing of all and for that reason I have chosen to take the text of the NIV version.

This ceremony is usually done at the end of Worship. But you can also perform before.

1. Before the ceremony itself, you can take a micro message referring to the subject, in order to refresh the congregation and it is understood the ceremony guests unbelievers.
2. A specific prayer is made, parents (by whose will the child comes before the Lord) and relatives and friends of the family being present.
3. Parents are called to the platform with the child, the officiating minister will take the baby in her arms and submit to the parents and the child to the congregation.
4. Then a prayer is made all the congregation stand, which will be invited to corporately pray for the children and families being. the blessing of the Lord will be asked for the child to be raised in his ways, to preserve their health, praying for divine protection in every way.
5. After the sentence, delivered the baby back to her parents and congratulating them. They were also given a certificate.
6. End of the Ceremony.

Presentation of children have a biblical basis and a theological justification because God Himself said that was his desire. It is also an excellent opportunity to affirm the family as the foundation of the Church and in society as salt. It also serves to remind and reinforce the roles of Priest household helper father and mother.