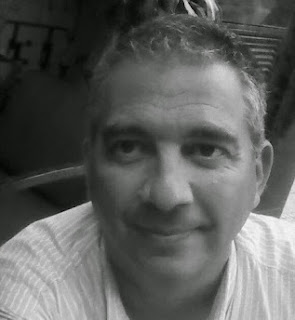 1. Treasures of wisdom, why the name.

If we look for the definition of "Treasure" we find the following: A treasure (Latin thesaurus and the Greek θησαυρός -tesauros) is something of great value. As valuable thing is guarded and protected. Usually the building in which the wealth of a city or state are called a Treasury. A treasure can be public or secret, depending on their function. In ancient Greece, the buildings where the offerings of the gods were kept were shaped sanctuary. Also in all cultures it is used to keep the treasures in special places. In the pyramids of Egypt, the pharaohs were buried with great fortunes and the deceased would use in his "afterlife" but all these tombs were looted and wealth enjoyed in the "here" by thieves.
Also called treasures to the cultural riches, natural, nature reserves are certainly a treasure. There are archaeological, literary treasures lost treasures in metal wreck. There are also treasures of worship, as the Holy Grail and the Lost Ark of the Covenant. What is clear is that a valuable treasure is something that will make its owner rich.

You can say that Wisdom is the sum of knowledge intelligently applied; that is the ability of using the knowledge successfully. Wisdom is also act with understanding to solve problems, avoid or prevent dangers, achieve certain goals, or counsel others. It is the opposite of foolishness, stupidity and folly.
We all have to keep jealously treasures: Memories, words, pictures, dried flowers in books, letters, books, music, advice and experiences. When God touched my life and I love His Word, the Bible became for me in my own possession. And such is the wealth of blessings, advice, wisdom, encouragement, teaching and knowledge I decided to share with everyone, so the notes are translated into several languages. For now I'm using Google translator, but I hope that in a short time can offer a professional translation, at least into English.
I hope these notes are a blessing to their lives. All material herein public can use, share and copy provided only to name the source.

"Week 70" is the last week of years of prophecy is related in Chapter IX of the book of Daniel. To understand the prophecy is necessary to understand the historical context and the biblical Daniel IX. In the first blog I make a complete development of the prophecy of the 70 weeks.
This blog is intended to spread the Word of God, to show people that the Bible contains an unfathomable wisdom and so rich that can not be measured or cover. It is my wish to convey to readers not only information and knowledge but also the enthusiasm and love the Word of God inspires me.
My native language is Castilian in Argentina, but with the idea of ​​reaching the World, I transcribed the notes in several languages ​​using the Google Translator, apologize for the mistakes of an automated translation. God willing, later we can count on a professional translation into different languages.

Blessings for all,
Fabian Massa.
Treasures of wisdom and Week 70