The government of Cristina Fernandez de Kirchner has agreed with Mahmoud Ahmadinejad, 1 Minister of Iran to seek "justice" for the AMIA. 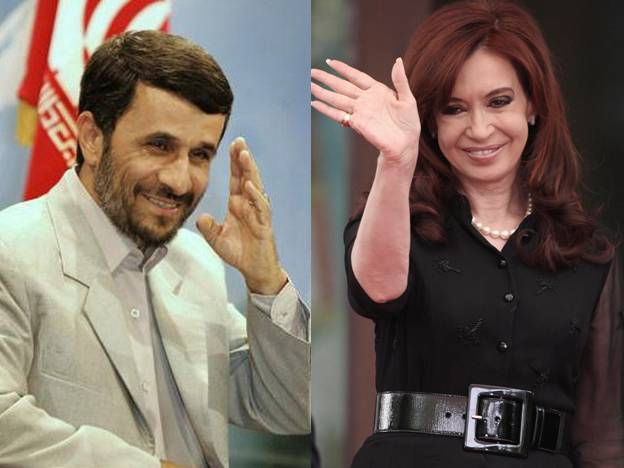 Who is Mahmoud Ahmadinejad?

Mahmoud Ahmadinejad made a statement that generated much controversy in late 2005 before thousands of Iranian students in Tehran in a conference entitled For a world without Zionism. These statements have great significance were conducted in their native language, Farsi and apparently were mistranslated by the same official Iranian news agency (News Agency of the Islamic Republic or IRNA) that were later taken up by other agencies world news. The alleged statements were: Israel must be wiped off the map and the Muslim nation will not allow its historic enemy-live in your own heart. Apparently the Iranian president was quoting the late Ayatollah Khomeini, father of the Islamic Revolution in Iran. These statements, made at a time of tension between Iran and Western powers, generated strong condemnations by the international community and accusations of incitement to genocide. On another occasion, the Iranian president said The great powers created the Zionist regime to extend its sovereignty in the region ... every day this regime is massacring Palestinians, but as it is contrary to nature, soon we will see the disappearance and his destruction. [7]


The Heads of State and Government of the European Union have condemned the statements of Iranian President and former Israeli Prime Minister Ariel Sharon instructed the Israeli ambassador to the UN, Dan Gillerman, asked for the expulsion Iran from the international organization.

During the war with Iraq, Ahmadinejad (current 1 Minister of Iran) was Mostazafan Basiji instructor, an organization founded in 1979 by Khomeini. The Basiji were children under 12 who were forced to defend the Khomeini regime and those who were taught "the glory of martyrdom." Armed with a plastic key in the neck, instrument assuring them entry into "Paradise of Allah." Children were used to clear minefields. He had tried with donkeys, sheep and dogs, but these, seeing an explosion, were frightened and fled. Instead the children full and thirsty religious fervor of paradise offered cheerfully. To avoid dispersion of their bodies before entering the minefields children were wrapped in rugs, for parts remained together after the explosion (currently in Tehran there are 1,250,000 people in this movement).

¿Knowing this brief news is that we expect something out of this deal right on the AMIA case?