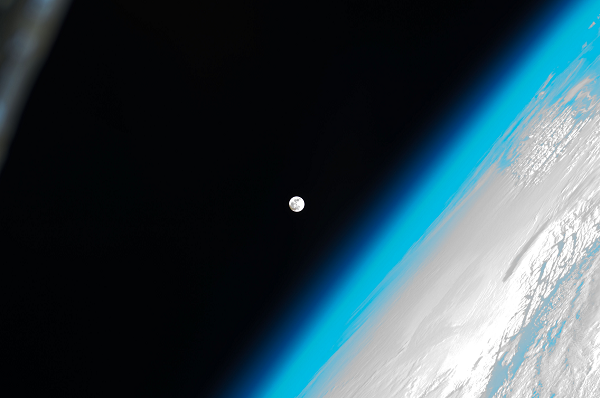 6 And God said, Let there be a firmament
in the midst of the waters, and let it divide! "


7 So God made the firmament

and divided the waters which were below,

the water above it.

And there was evening, and the morning:

In the Genesis I, we see that is a description made of images, as when we met with a friend and the last movie we saw.

Imagine taking a person who lived his entire life in a rural and isolated area, that never saw television or movies, or read or write and never went to school; in short a person with the "virgin" intellect, for it somehow, and I sat in a movie theater to see a movie in three "D" [1] on the formation of the Earth.

This person would think the deep blue waters of the outer space are like the seas. This descriptive narrative of the moment of creation of our sky, our atmosphere, is a revelation that God gave to humanity and are transmitted from mouth to mouth until the time that Moses reflected in Scripture (c 1400-1440 to . C.).
For many, the Genesis (And most of the word) is simply a beautiful legend, mythology to which they have a religious reverence.

The Word says that the Lord made our 2nd Day Sky [2], and Humanity 6th Day, and we know that one day God is like a thousand years and a thousand years as one day (2 Peter 3.8). According to the Bible, when God made our sky, humanity did not exist, this means that only God could have given humanity a vision of the Earth from space, single point from where you can appreciate the distance between the Earth and outer space through expansion (Sky).