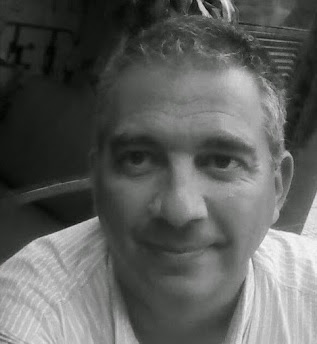 Dedicated to my friend Nicholas.

About the post: Reflection. The Art of Feeding Time in the Church. By Fabian Massa.
http://www.tesorosdesabiduria.com/2015/10/reflexion-el-arte-de-dar-de-comer.html
My dear friend, this reflection is to clarify doubts alunas you were reading the post in question, as the following paragraph:

"Enough talk of Unction, transformation from glory to glory, to be in the presence and at the same time they do not come to hear you preach Hebrews 5. It's time to get in Hebrews 6, to discern the times, to understand prophecy, because the lay the foundation of faith is the beginning of the road for not forever. "


In this paragraph I talk about the incongruity of saying that "The Congregation has been transformed from glory to glory" and immediately after preaching a sermon that speaks of basic themes such as forgiveness, seeking the Kingdom, pray, have faith, because if the congregation I was actually processed, it would not need to talk about this. It is what the passage in Hebrews 5.11 Hebrews 6.2: That despite that long to congregate, ought to be teachers, you still have need of a return to give them a bottle, preaching the principles of the Word God (doctrine of baptisms, laying on of hands, faith in God and repentance from acts that lead to death).
Why pulpit are given the same bottle for decades?
I only think of two responses:
to. They do not know it better: Most pastors are in this situation, at least Pentecostals.
b. Because do not agree that the town will grow in the knowledge of God's Word. In this position, much more complicated than the previous one, are some of the leaders of the largest churches. The purpose of this behavior is to continue living like princes at the expense of the congregation. Thus they continue:
I. The Vetero-testamentary myth of the "Anointed One" (how Moses and the great prophets) when according to 1 Corinthians 12, NT anointing of the Spirit reaches everyone equally, giving each the necessary gifts or for the building of the Church. However Judaizers XXI Century still using the figure of Anointed to mark a position of dominance over others.
II. The myth that knowledge of the Word is for the few, when in fact according to the prophecy of Jeremiah 31.31 34 (cf. Hebrews 8.7 to 12) the full knowledge of the Word of God is for the whole Body of Christ , that is the Church.

Postmodernism transferred society and obviously the church. We can see it in the pursuit of the sensory (so 150 minutes of "Praise") and little time dedicated to deepen the knowledge of God (hence the cults of Canapes: 3 verses beautifully presented and nothing else).
That which is devoted more time marks what is important. If we spend 150 minutes Hillsong empty and only 20 minutes to the Word, what is important? Draw your own conclusions.
Week 70 is about to begin. Islamic State has already beheaded more than 100,000 Christians in Iraq and Syria. Homosexuality has entered the most churches. Sexual perversion is part of the Educational Programs of the West and is protected by law. Meanwhile here we are still unable to leave Hebrews 5. Large "Anointed" still give a bottle every Sunday while living like kings at the expense of ignorance their congregations.