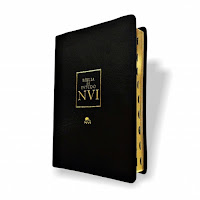 A. Today we see a story of Paul's conversion, told by himself in Galatians 1.11 to 24.
So Paul says 11 Beloved brothers, I want you to understand that the gospel message I preach is not based on a simple human reasoning. 12 I did not get my message of any human source and nobody taught me. Instead, I received it by direct revelation from Jesus Christ.
This revelation of Jesus Christ is told in Acts 9.3-5, we will see a little later. Paul was blinded by hatred for the Church, not any man would have the opportunity to "preach the love of God" since before he began to speak, had been put to death by jealous Saul. Perhaps for this reason, Jesus himself knocking him on his way to Damascus.

B. In Galatians 1.13 Paul continues with his testimony:
13 You know how I behaved when it belonged to the Jewish religion and how violently persecuted the church of God. I did my best to destroy it. 14 I far exceeded my Jewish compatriots in my zeal for the traditions of my ancestors.

C. How Paul sought to destroy the church is found in the book of Acts in chapter 7 of facts, where the martyrdom of Stephen is told:

54 The Jewish leaders were infuriated by Stephen's accusation and angry fists showed him; [m] 55 But Stephen, full of the Holy Spirit, gazed into heaven and saw the glory of God and saw Jesus standing in the place of honor at God's right hand. 56 He said to them: "Look, I see the heavens opened and the Son of Man standing in the place of honor at God's right!".
57 Then they ears with hands were capped and started yelling. They were on him, 58 dragged him out of the city and began to stone him. His accusers took off their robes and put them at the feet of a young man named Saul. [N]
59 While they were stoning him, Stephen prayed, "Lord Jesus, receive my spirit" 60 He fell to his knees crying, "Lord, do not blame me for this sin." That said, died.

D. In Acts 8 continues as follows:

1 Saul was one of the witnesses and fully agreed with the murder of Stephen. That day began a wave of persecution spread throughout the church in Jerusalem; and all the believers except the apostles were scattered throughout the regions of Judea and Samaria. 2 (with deep pain, a consecrated men buried Stephen). 3 But Saul was going everywhere with the intent to destroy the church. He went from house to house and took dragged both men and women and put them in jail.

E. Acts 9
1While So Saul every word uttered threats and was eager to kill the followers [a] the Lord. So he went to the high priest. 2 Le requested letters addressed to the synagogues in Damascus to request their cooperation in the arrest of the followers of the Way they met there. His intention was to bring men-and women alike back to Jerusalem in chains.
3 As he neared Damascus to fulfill this mission, a light from heaven suddenly flashed around him. 4 He fell to the ground and heard a voice saying:
-¡Saulo, Saul! Why do you persecute me?
5 Who are you, sir? Saul asked.
I am Jesus, whom you are persecuting! He said the voice. 6 Now get up, go into the city and you will be told what to do.

Paul remained in the city, blind and total fasting (no food or drink) for three days. Meanwhile, God speaks to Ananias, a believer in Damascus to go where Paul, pray for him and confirmed in the faith (Acts. 9.10-17)

Paul was a man convinced:


But the reality was very different, he was an enemy of God. The Lord in His great mercy stops (not to do more harm on himself or add more condemnation), introduces him to the Church and sends his ministers to heal him, restore him and teach him their ways.

So the Lord does with all men in His mercy we are stopped in our ways to give us the opportunity to meet His Way and be part of your family.

To have a relationship with God is necessary to be part of the Church [2]. Week 70 is about to begin, that the Lord we find forming part of his body. Do not stay outside, where there will be only weeping and gnashing of teeth. 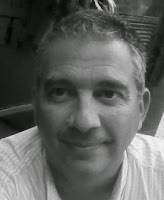 For the Devotional is building, it should be a consequence of a previous study, otherwise would not have a solid foundation.

[2] Being Church does not mean "living inside her eventful" but being born again.

Paul's conversion in 1st person.
Jesus is revealed only to those who are Church (born again)
Fabian Blogs Massa.