STORY. THE DECLINE OF PASTOR FEELINGS. BY FABIAN MASSA 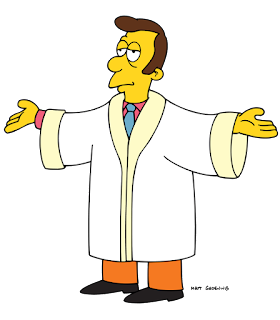 Pastor Feelings, kind-hearted man and 100% Pentecostal, was convinced of the effectiveness of the approved by the Union of Churches to which he belonged methods. Over the Chest Cold brothers by his congregation had left a bitter taste in the mouth. And it was no wonder, when he decided to open his heart to Jeremiah Chest Cold, asking what he thought of the slow growth of the Congregations in the knowledge of God's Word, Jeremiah dared to say that their services were unbalanced and be given more importance to the music to Scripture and in this lay the congregation did not understand the Bible and the prophetic times.
Feelings was convinced that Praise and Worship transformed the hearts of believers and that "would go from glory to glory," so 80% of the cult wore music. Finally Chest Cold brothers left their church and was relieved Feelings [2].


Feelings Pastor has a family of his wife (now Minister of Praise Church) and two daughters under 15 years and greater than about 20. Both her parents were born while serving the Lord full time.

The couple's children grew up in the congregation and made (along with other young people) all steps by the United Church for their spiritual growth. Despite this and the constant ministration of his mother and the pastor, bad girls go astray in her teens, making public their transgressions in social networks.

The two girls had a fluctuating walk in the Way: For months went well, "full of the spirit" (according Feelings) and seasons of not being too liberal congregate behavior even for "People of the World". In the last year, scandals climbed higher and dislikes Feelings moved him to a bleeding perforated ulcer that nearly ended his life are.

Emergency hospitalization Feeling uncovered another serious flaw in its structure had no skilled worker he could get on with the work. While his "Seconds" had become the "School of Ministry" of the Church, the training they received was so poor that they could not prepare a simple sermon for the Services, or a simple class for the "cells" [3] and less to minister to people with problems: They knew all the songs, but they could not teach anybody anything. While they had been working with Feelings the past 20 years, but were not able to take the lead in the congregation. EU ministers had to send them to attend sheep and by education and Sunday services were made.
The only thing that worked well in the Church of Feelings was Banda, they could keep playing the same old songs without any problem.

Feeling failure was total and absolute, but actually it was not only his, but the Pentecostal model they had adopted the Union, which was ultimately what marks the passage of all the Churches within it.

Chest Cold Jeremiah learned this, simply because unfortunately came out in the Social Network. Jeremiah and his brother prayed for the Church and asked God to at least Feelings realized the "whys" of their situation, which had a self-critical look and assume that the emphasis must be put on the systematic study of the Word of God As a first step to perform it rather empty Hillsong United.

Week 70 is about to begin, are we ready?