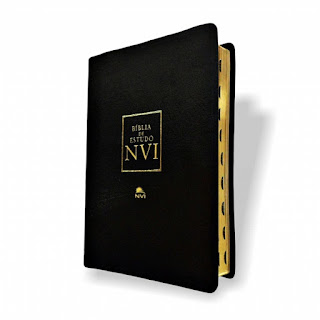 Dear, here are the keys to understanding the prophecy of Revelation 13.1-10, verse by verse.

1Y the dragon stood on the seashore.
The Dragon, also called Snake Antigua (Revelation 12.9 and 20.2 in Bible Textual, RV, KJ) is Satan, the Adversary.

Then I saw a beast rising from the sea, which had ten horns and seven heads. In each horn he had a headband, and on his heads the name of blasphemy against God.
This is the beast from the sea, which may be an allusion to the many water that is emerging among many people (Nations) or also coming to Europe travesando Sea (the Mediterranean? The Atlantic?) This is a system of government and not a person. This system is composed of 10 States or organizations has 7 People Executive.


2 And the beast looked like a leopard, but had feet like a bear and a mouth like a lion. The dragon gave the beast his power and his throne and great authority.

Verse 2 confirms the position that the Beast is a system of Government product of an alliance between 10 States or Organizations (Cf. Daniel 2.33 feet of iron mixed with clay, referring to the Roman Empire and its resurgence in the twentieth Century, the which is the European Union). also discloses that has the best attributes of the previous World Orders (NWO) that were imposed to the world in history:

b. The beast had feet like a bear a reference to the power and overwhelming force by the number of its troops and military power that held the Medo-Persian Empire (Cf. Daniel 2.32 the chest and arms of silver statue dream by Nebuchadnezzar; also in Daniel 7.5 "Bear limping a foot" because it was an alliance between Media and Persia two peoples who are now merged into Iran.

c. The beast had jaws like a lion. An allusion to Daniel 7.7 "After this, I saw in the night visions a fourth beast before me, which was extremely horrible and had a huge force. With its large iron teeth crushed and devoured its victims, then trample the remains. He had ten horns, and not at all like the other beasts. The irresistible power of the Roman Empire, the 4th Beast. CF. Daniel 2.33 legs and feet of the Statue dream by Nebuchadnezzar, also refers to Rome and to the current European Union.

d. The dragon gave the beast his power and his throne and great authority. Satan himself delegated his authority to the 1st Beast, the Antichrist, the man of lawlessness (2 Thessalonians 2.8)

3 One of the heads of the beast seemed to have had a fatal wound, but the wound had been healed. The whole, fascinated, world went after the beast 4 and worshiped the dragon because he had given his authority to the beast. They also worshiped the beast and said, "Who is like the beast? Who can fight it? "

Satan will "resurrect" his son Antichrist, copying the scene of the Lord resurrecting His Son Jesus Christ. The world will respond to this act with devotion to Satan and his son, which he did not at the time by the Lord and Christ.

5 The beast was allowed to speak with arrogance and blasphemies, and was given authority to act for forty-two months.

to. The Antichrist will operate because God allows it, it is what is prophesied.

b. He was given authority to act for forty-two months. That is after its rise as Leader of NWO, in the middle of the week of years, the Antichrist will manifest as such; CF. Daniel 9.27 27 For a week He will confirm a covenant with many, but midweek will end the sacrifices and offerings. On one wing of the temple commit horrible sacrilege, until you come upon the disastrous end that has been decreed. ' "42 months are 3 and 1/2 years, the 2nd half of the" week of years "

6 He opened his mouth to blaspheme God to curse his name and his dwelling place and those who live in heaven. 7 will be also allowed to make war on the saints and to overcome them, and was given authority over every tribe, people, language and nation.

The government of the Antichrist will be World: and was given authority over every tribe, people, language and nation. It will pursue the True Church. This is the trouble to which Jesus refers in Matthew 24.29 when he says after the tribulation of those days.

8 A worship the beast all the inhabitants of the earth whose names have not been written in the book of life, the book of the Lamb that was slain from the creation of the world.
The Tribulation is for the Church: 3 so that no one be moved by these afflictions; for yourselves know that we are appointed. 4 For when we were with you, we told you before that we would suffer tribulation, as has happened and you know. (1 Thessalonians 3.3-4 RV 60) The "Tribulation" is not for the world, for the simple reason that the world will not reject the Antichrist will worship him all the inhabitants of the earth, who in the first 3 ½ years of government normalize the economy, restore the finances, establish world peace and manifest as a man of great "spiritual power", laying the foundations of the only religion in the 2nd half of his government want to impose by force those who did not want willingly accept, ie the truly Church and knowing of the prophecies were not fooled by the signs and wonders that the Man of Iniquity ago.

9 He who has ears, let him hear.
This is written and available to anyone who wants to understand

10 need to be taken captive,
to captivity he will go.
Which should die by the sword,
the sword will die.
In this they consist perseverance and faithfulness of the saints! 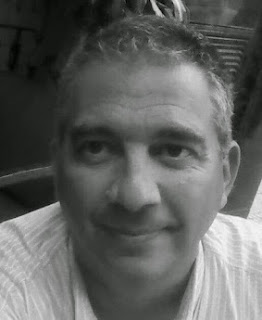 Those who prefer death to apostasy are the true believers, as in these days in Iraq Islamic State, who before running offers "convert" to Islam. To prefer death to deny Christ consist perseverance and faithfulness of the saints!

I hope you have served to shed light on a difficult text to understand.