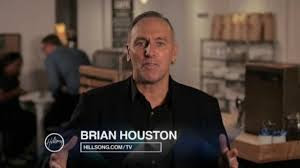 BIBLE AND HOMOSEXUALITY. By Fabian Massa.

When a bank wants to train their cashiers to distinguish fake dollars notes, trains with real bills. Future ATMs work both with real money, they learn about their "personality" (textured feel, paper thickness, smell of his ink, colors and shapes of the designs) as well as technical issues such as design details, numbers number and types of seals.
If you want a Congregation can distinguish false doctrine, training should be similar to Tellers: First must come fully familiar with sound doctrine.


Fundamentalist Christians affirm our arguments in what we consider an essential teaching of the Bible that homosexuality is a very serious sin. To support this position they are frequently used the words of the Apostle Paul in Romans 1: 22-27 and 1 Corinthians 6: 9-10.

22 to be wise, they became fools, 23 and changed the glory of the immortal God for images resembling mortal man and birds and animals and reptiles.
24 Wherefore God also gave them up to uncleanness through the lusts of their own hearts, to dishonor each other their own bodies, 25 Who changed the truth of God into a lie, and worshiped and served the creature more that the Creator, who is blessed for ever. Amen.
26 Therefore God gave them up to dishonorable passions, for even their women exchanged natural relations for those that go against nature. 27 Likewise also the men, leaving the natural use of the woman, burned in their lust for one another, men committing shameless acts with men and receiving in themselves the due penalty for their error. Romans 1.22-27 RV95

In this portion of Scripture you can highlight several points:

1. Verses 22 to 25 say that mankind turned to idolatry, preferring to worship images of gods created by themselves and worship the gods-animals rather than the Creator of all things.
2. Verses 26 and 27 explain that because of this the Lord left them at the mercy of his baser impulses, which took the man and woman in the practice of homosexuality, which would have consequences on their health, because of the promiscuity that characterizes such relationships, individuals who practice it are very exposed to all sexually transmitted diseases. The current AIDS epidemic is proof of that.
3. While there is a clear link between idolatry and homosexuality, not necessarily to be understood that the condemnation of the Bible refers only to homosexuality or sodomites (ie, when part of a pagan liturgy) which it was very common in the Middle East and the Ancient World. Liberal theologians of the 2nd half of the twentieth century and the beginning of XXI are the "intellectual authors" of the theologies that say homosexuality, prostitution and other sexual deviations and aberrations (bestiality, pedophilia, necrophilia, etc.) only they are "sinful" when linked to a pagan religion; according to his twisted teachings, homosexuality is condemned by God only when it is idolatrous; if you are not idolatrous, your homosexuality then it would be approved by God, a totally absurd position, it's like:

· Sacrificing children in the fire was only damnable when offered as sacrifices to Molech (Leviticus 18.21) and not when burning alive because they made many pranks.
· Having sex with animals was one sin, or at least sickly, in a pagan cult and not if you do it just because you place.

9 Know ye not that the unrighteous shall not inherit the kingdom of God? Do not be deceived: neither fornicators, nor idolaters, nor adulterers, nor effeminate, nor homosexuals, 10 nor thieves, nor covetous, nor drunkards, nor revilers, nor extortioners, shall inherit the kingdom of God . 1 Corinthians 6.9-12 RV 95
Another issue to be clear is that God does not discriminate against homosexuals: The stands alongside all other sinners:

to. Practice fornication (sex before marriage)
b. Practice idolatry (worshiping images or statues)
c. Practice adultery
d. They are effeminate
and. Practice homosexuality
F. They're thieves
g. They are misers
h. They are drunk (and by extension all other vices and addictions)
i. They are foul-mouthed and maldecidores
j. They are scammers

Of all which says: "They will not enter the kingdom of God."

This last sentence is very important: Do not enter the Kingdom of God means salvation not enter unless you repent (change, for which God himself will provide the way and power). Without repentance may not enter. Therefore it is necessary to explain that "entering the Church does not mean to enter Heaven."

Another important thing to note is that usually homosexuals are deniers and rejectors of all sound doctrine, but want the benefits of the instituted by God as marriage, family, maternity / paternity leave. They deny and mock the Church, but want to be received and be part of it. They are extremely contradictory.

Week 70 is at the gates. While Anointed Gospel of Prosperity continue to thrive and 90% of those who gather in their churches still do not understand anything, time is running out. Awaken your you sleep and start eating Word.