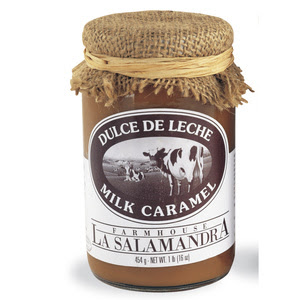 I had a friend who used to use the phrase "Criado to sweet" to define those characters loose character, who had been brought up in cotton wool and therefore were not prepared to face the harsh reality.
The same is true today: The Neo Pentecostalism or Charismatic Movement, the fastest growing worldwide, is "The Great Creator of Christians with Candy" loose verses preaching, taking them out of context.
Are the inventors of the "Power Statements" "Declare and welcome him" and his declaration of faith, popularly known as "Prayer of Commitment" is no exception to the rule.

If you confess with your mouth that Jesus is Lord and believe in your heart that God raised him from the dead, thou shalt be saved. Romans 10.9

And then you make the interviewee to repeat the famous "Prayer of Commitment":

Lord Jesus forgives all my sins, I believe in You, come to live in my heart and write my name in the Book of Life. Amen.

Beyond the Book of Life is already written before the foundation of the world (Revelation 13.8), the worst is that he says the "New Christian" is now saved (assures salvation to 100%), which becomes part of the "Family of God, which has a" new spiritual DNA, "God is going to change" their mourning into dancing "and that no party in Heaven. End of message.

On the subject of "Repentance" and being made children of God, in the sense of being formed by the Lord in the image of His Son Jesus (John 1:12), which implies a process of change (repentance is change, not ask sorry); It does not speak either then or later. The theme is preaching two verses and a concordance, always taking the texts of context to manipulate the will of the preacher Bible.
Instead both Jesus and the Baptist began his preaching with the words "Repent, for the kingdom of heaven is near." Matthew 4.17

Another passage is taken out of context:

16 "For God so loved the world that He gave His only begotten Son, that whoever believes in him shall not perish but have life eterna.17 God did not send his Son into the world to condemn the world, but saved through him. John 3.16-17
But in the context that goes through verse 21, teaching is completed:

The statement "You are now a child of God" just doing this simple sentence without changing the whole way of life, is as ridiculous as telling an obese to be slim and trim just to say so without changing their way of eating without leave sedentary lifestyle.

Week 70 is at the gates, that wakes you slept with such neo-pentecostal pavada. Quit raising Christians sweet, soft words but not fattening feed. Christians breeding with the Word, so that they can stand firm on the day of the test.