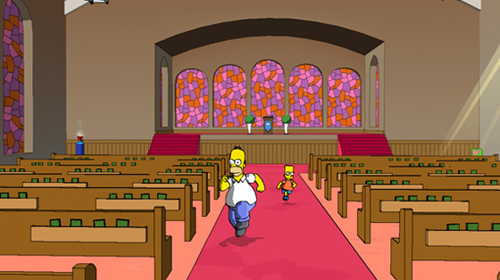 The issue of inheritance is something that comes from the dawn of humanity, children inherit the parents, in all cultures at all times.
An inheritance can be divided into two main groups:

to. The tangible: That is what can be measured and tested, as goods and properties, movable and immovable, valuables, money, jewelry, artwork, relationships, surname, genetics, etc ...
b. The intangible: Culture, education, customs, value systems, etc.
Pastors, (although many do not believe are just men) are within the spirit of the law and therefore what may leave inheritance to their children is exactly the same as any other mortal. Upsssss


There are things that can not bequeath, for example:

to. Salvation, which is personal.
b. Faith, which comes from knowing God and having spiritual experiences.
c. The "Anointing" in the A.T. the presence of the Holy Spirit manifested only on a particular person, who was called to be a judge or Prophet for the people. In N.T. the Holy Spirit is poured out on every believer who has accepted Jesus as Lord and Savior, as it was prophesied by Jeremiah timely (31-31-34) and Ezekiel (36.22-27). And how he teaches Paul (1 Corinthians 12.1-31).
d. The Church: Jesus taught that pastors are only servants who are called to serve his fellow servants rations timely, that is the right word in every prophetic time. (Matthew 24.45-51). Jesus himself told Peter to feed his sheep (John 21.15-18) and in the parable of the talents (Matthew 25.14-28) Master teaches that we are only stewards of their own.

That said, if you investigate a little you will see that:

to. These "Anointed Anointed children" come from neo-Pentecostal churches, where 80% of Worship songs are empty.
b. Churches where dispensation of time refuses (live in a mixture of A.T. and N.T. ends up being neither one thing nor the other).
c. Places where true worship is the image of the "anointed" to which idolizes.
d. They are also Mega churches, perfect machines bill, where 90% of staff work pro bono and on top contributes 10% of their income, which allows the "Anointed One" live like a medieval monarch, and leads him to consider church like yours, when the Church is the Lord's. Everything that is bought with the tithes of the congregation is the congregation, the pastor should only be an "administrator" and a teacher, a spiritual guide to guide the Church in the Word of God and not the owner of the circus.

Given the above, it is understood that the pastor can not leave him in "Inheritance" the Church his son like a house or a car. And unless I leave it to his daughter, putting her head even as her husband, shepherding along with it.

Awake thou that deceived like a child! Not much of a coincidence that all these Mega churches the "Anointed One" was unable to form a single disciple who has received God's call to shepherd the congregation, and for that reason had to wait that any of his offspring interested in the "Business" to continue billing with silver who congregate there?

Is not it too coincidental that his megachurch has grown only there and have not occupied territory? If we look at the Churches of Asia in Revelation 1 to 3, we see that were not large, but had spread to large territory.

The congregation must be understood in the teachings of the Master: It's what Jesus would show us the parable of the 10 virgins (Matthew 25.1-13) because those who are not prepared, do not understand the times, signs and Scripture (which not have what they need to illuminate their own way and others) will be shut out.

Week 70 is about to start, find a place where the center is Jesus and His Word. If you can not see that you are shortchanging themselves in front of your nose and having the open Bible, as you're going to identify the pitfalls of the Antichrist, which is much more skilled than your "Anointed One" to lie and deceive? Wake up!!