REFLECTION. HEIRS PART II: WHAT IS BEHIND THE "Anointed". By Fabian Massa. 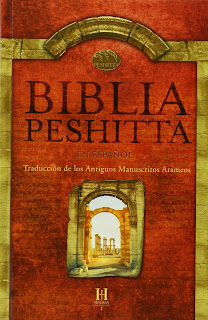 In the first part of this note [1] I explain the obvious, the purpose of the heirs is precisely that, inherit the Corporation they call Church, which was founded and formatted by their parents, to continue profiting from the Congregation and simple.
It is the fulfillment of the prophesied:


1In Israel also were false prophets, as there will be false teachers among you. They teach them cunningly destructive heresies even denying the Lord who bought them. This will cause his own sudden destruction. 2 There shall be many who will follow their evil teaching and shameful immorality; and because of these teachers, you will speak evil of the way of truth. 3 In their greed, invent clever lies to get hold of your money; But God condemned them long ago, and their destruction will soon arrive. 2 Peter 2.1-3 NTV.

This is only the superficial part, like the tip of the iceberg ... the thickest not see because it is hidden, submerged. This hidden part is simply Satan's plan to win many souls: That people do not know the Word, to follow the emotions, what they feel ... so much music, so many false worship, so holy pentecostal pavada: They look for the presence of God, but they do not understand what he says, nor deal to understand.

If fighting tirelessly for people to study your Bible, (because "Magical Thinking" [2] is installed in the collective unconscious) because even in healthy churches people have strong resistance to the studio, and in the background waiting Pastor reveal them all Scripture in the 40, 50 or 60 minutes preaches on Sunday, as if you could see the immeasurable wealth of the Word of God in a weekly hour .... (this is also part of magical thinking) and adding to this the fatal combination of poor education with the rise of multimedia, we have the congregation-media is ignorant, especially in the pentecostal field; imagine how is the level of ignorance and superstition in the Mega churches, where every Sunday the "Anointed" les prepares a "Cult of Canapes: 2 verses and match" for all spiritual food.

So that the hidden purpose under the Neo-Pentecostalism is to achieve an ignorant Church of the Word of God, follower of the sensitive and emotional, seeker of the "signs and anointing" because these are the weapons used by the Antichrist to deceive ignorant of Scripture:

13 It was amazing miracles, even down fire from heaven to earth while everyone watched. 14 With the miracles he was allowed to do on behalf of the first beast, deceived all those who belong to this world. Revelation 13.13-14 NTV.

Week 70 is at the gates. Awake, O, who they slept and deceived so Holy neo-pentecostal Pavada.